3 ways to get your whites whiter without using bleach 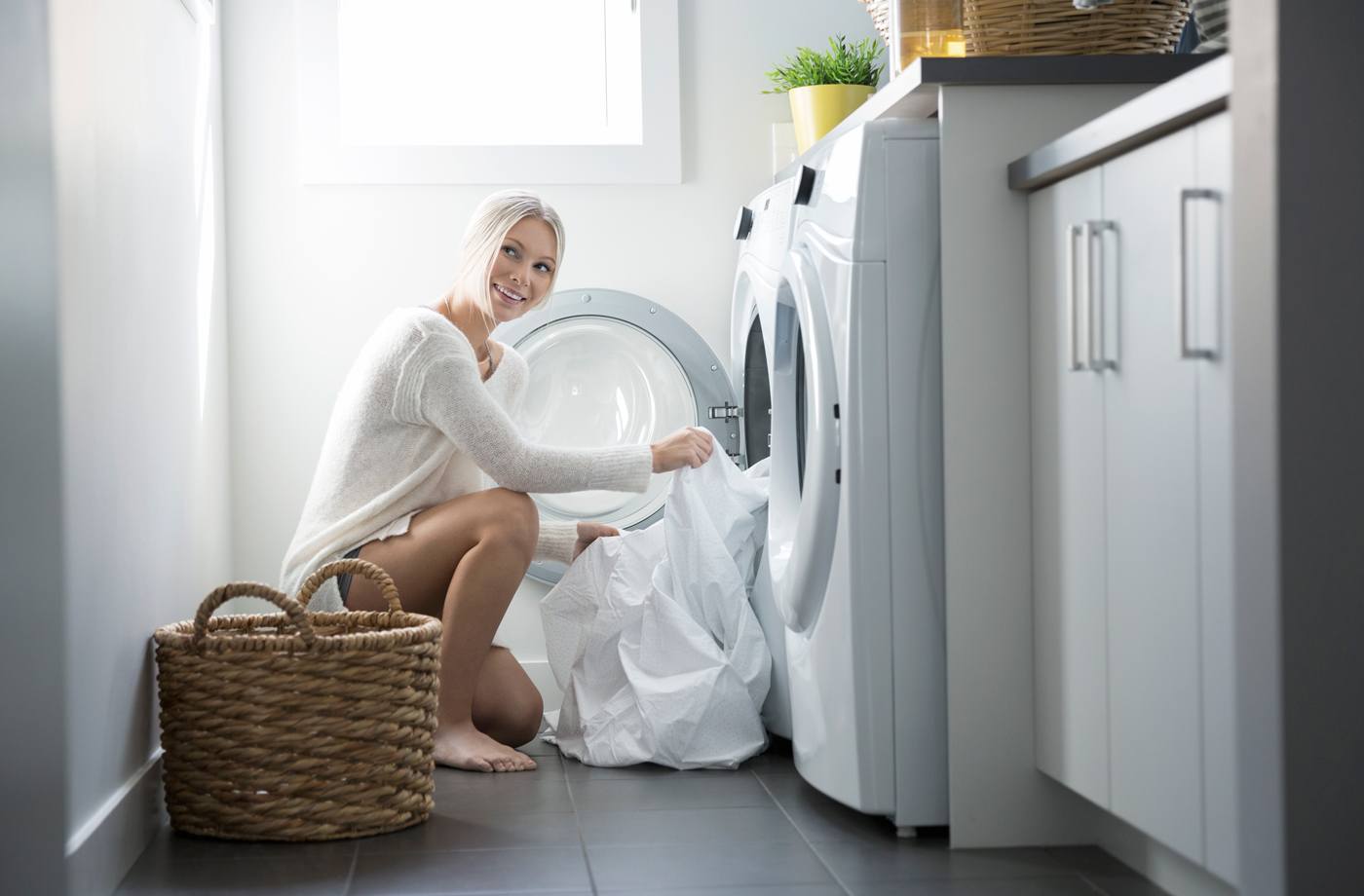 As a person who spills something on absolutely everything she owns, I frequently struggle with resisting the desire to bleach my coffee/tea/chocolate (okay fine,  wine)-stained whites.

According to nontoxic-living guru Sophie Gushée, however, chlorine bleach—the compound commonly used to get whites whiter—is not the answer to my clumsiness. Why? It can create more harm to you and your healthy home than good.

“Bleach is a risky choice for several reasons. At high enough concentrations, exposures can irritate the eyes, skin, and respiratory system,” she says. It’s also highly reactive and can easily mix with other substances to create even more toxic byproducts, she adds.

All hope is not lost for those once-bright whites, however; below, find three alternative recs.

Gusheé tells me her go-to, safer bleach alternative is hydrogen peroxide. She says it’s not only a natural whitener but also serves as an antibacterial agent. Her suggestion is to buy it in the three-percent strength commonly sold in drugstores.

As for use, she recommends searching for your specific needs online, where you can find an abundance of “recipes” for stain removal and whitening. Generally, however, she advises that hydrogen peroxide can be used as you would use bleach in the wash cycle. “To treat stains, pour or spray a small amount of hydrogen peroxide on the stain and allow it to soak into the fabric for about 10 minutes before washing the garment as usual,” she adds. As you would with bleach, Gushée suggests spot-testing your fabrics first.

It’s made from gentler materials than normal bleach, including hydrogen peroxide and natural soda crystals. “The oxygen that comes from the chemical reaction once the bleach is activated with water,” Maker explains. “[That] helps break the bond between dirt and the surface, which is why it works really well.”

Oxygen bleach can be used beyond the laundry room, too. To illustrate, Lauren Singer, AKA Trash for Tossers and founder of Package Free, tells me her new baby has brought with her new stains never before experienced—including one which involved #2 and a white couch. “There’s nothing I’ve thrown at oxygen bleach that it hasn’t been able to fix,” she says. “It’s safe; it’s very effective—I’m a big fan.”

Pre-treat spots properly with soap, water, and a stain stick

If you’re trying to lighten a stain rather than an entire garment, Singer tells me the key is pre-treating it before washing… quickly. This means that yes, you should run to the bathroom immediately and soak the spot in soap and warm water. When I ask Singer if this means using what I consider to be the “yucky” pink bathroom soap found in most restrooms, she says it does but adds that if that really freaks you out, you can stick to warm water alone instead.

When you get the garment home and are ready to properly wash it, Singer recommends spot treating with a stain stick first. “You can also use The Simply Co. laundry detergent or if you don’t have it, any kind of castile soap,” she says. “Always have your garment inside out so you don’t damage the visible part of the clothing. Then, rub [the stain stick, detergent, or soap] in—I like to use a toothbrush. Let that soak with warm water.” If it’s a really bad stain, she adds, you may want to add a little baking soda into the mix. Afterward, you can machine wash the item but usually. Singer swears by this pre-treatment process to get rid of any stain.

To fully detox your laundry routine, here are five additional swaps to make stat. Plus, this is the one thing you never knew you should do before every wash.
Continue Reading…