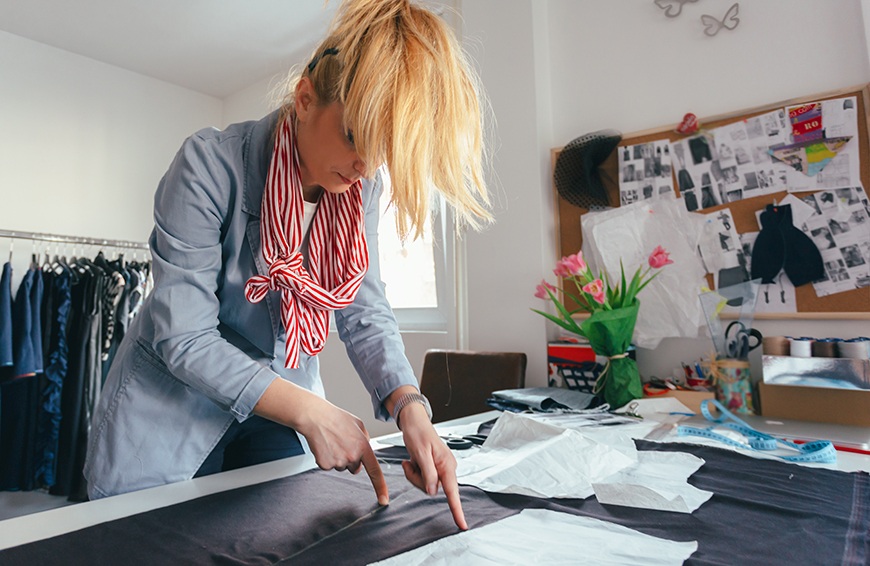 Both developments were newsworthy, sure. But the truth is, size-inclusive moments like these make news because they don’t happen that often. Most designers still top out at a size 12 or 14 (while the average American woman is a size 16–18). So why aren’t more fashion brands making clothes that fit consumers?

I mean, from an equality standpoint, the idea of size inclusivity—the practice of representing a wide variety of body shapes and sizes—sounds obvious. But extending sizes isn’t just about doing the right thing. It also makes economic sense—at least from the outside looking in on the issue. Why limit your potential profits to 33 percent of the population and ignore the buying potential of the other 67 percent? In reality, though, it’s a lot more complex.

The current state of size inclusivity in fashion

To see what inclusivity could look like, look to Chromat, a clothing collection designed by Becca McCharen-Tran. Its fashion-week shows are among the world’s most diverse—with people of different sizes, ethnicities, body shapes, and abilities—and its sizing goes from XS to 3X, with 4X coming next month.

“Size inclusivity means celebrating bodies of all different shapes and sizes both in our runway and campaigns and producing a range of sizes available to shop,” McCharen-Tran says. “It also means working with designers, photographers, and executives of different sizes.”

“It’s clear that American fashion has come around to size inclusivity. The question is whether it will continue to evolve or not.” —Lauren Chan, founder of Henning

While Chromat is still the exception in fashion, not the norm, things are changing, says Lauren Chan, a model, former fashion editor, and the founder of forthcoming plus-size clothing line Henning. She points to J.Crew and American Eagle as brands that now cast models of different sizes and notes that more designers are clamoring to dress actresses above sample size. “It’s clear that American fashion has come around to size inclusivity,” she says. “The question is whether it will continue to evolve or not.”

Mina White, a director at IMG Models (she represents curve models like Ashley Graham and Paloma Elsesser), says that more and more, customers and brands understand that having a conversation about size inclusivity is important. But, she adds, that doesn’t mean every discussion results in a curve model landing a magazine editorial or lucrative contract.

That’s particularly true for straight-size designers, some of whom—whether due to sizeism, fear of change, or a belief that thinness is synonymous with style—are reluctant to stray from the historic size-2 standard. Among them, White says, “the truth is, [casting curve models] is still more about ticking a [diversity] box. For some of the curve models with the larger voice and audience, there is excitement in working with them, but it doesn’t mean it isn’t still very much a conversation—and at times, it still takes convincing.”

Furthermore, even when brands and publications want to be inclusive in casting, their efforts are sometimes stymied by clothing availability. “Samples are an issue,” White says. Most designers produce a single sample of each garment in size 2 or 4. So, for example, even if a magazine wishes to cast a curve model for an editorial, designers have few options for dressing her. “This will preclude many of the curvy models from key editorial and campaign shoots,” White says. More availability of samples, she says, is the only way people will constantly see diversity.

But it’s not as simple as just making bigger sizes

The solution sounds obvious: Just make more samples and sizes for production. To the layperson, doing so might seem easy: Scale the pattern up or down, right? But from a technical standpoint, it’s not that simple. “It is challenging to expand sizing this far up and down,” says Alex Waldman, co-founder and creative director of Universal Standard. “That is the main reason why many brands aren’t willing to take the plunge.”

“To make good clothes above [a size] 12, designers need to go back to the drawing board,” Chan agrees. To understand why it helps to break down the design process. For straight-size clothing, designers measure from a model who wears a size 4 or 6. From there, a pattern is graded either down (to a size 0 or 2) and up (to a size 10 or 12). For larger sizes, designers need to repeat the process—this time, using a size 18 model and grading up or down once again. (Otherwise, the scale of the garments would be off. Think five-foot-long sleeves, for instance.)

Crucially, adds Chan, this process has no shortcuts. “My size 18 fit model laughs when she talks about the brands that think they can grade up into plus sizes,” she says. “You need new patterns, new fit models, additional fittings, different grading—the list goes on.”

And sometimes, making different sizes requires fundamental structural changes to a garment. Chromat’s McCharen-Tran cites the example of a swimsuit top with an underwire that connects both cups. “When we went to produce it, we could not find an underwire manufacturer that made up to 40G,” she says. “So we had to cancel the style and design something similar with two separated cups.”

Whether creating for samples or for production, adding more sizes comes at extra costs. The process requires different machines and looms, more pattern-making, additional fit models, and the expertise to design for a variety of shapes. “I think the majority of designers just can’t—or don’t want to—put money towards expanding sizing,” Chan says. “It’s not cheap!”

“We know that the designer has the power to choose what size they prototype their collection in. The question is a matter of priorities.” —Becca McCharen-Tran, founder of Chromat

Especially for independent brands, choosing inclusive sizing—or not —can come down to an issue of resources: financial ones, staffing ones, and logistical ones. McCharen-Tran acknowledges the hurdles but notes that designing a collection for any size is challenging. “Sample sizing tends to be an excuse that other designers cite as a reason they don’t feature a range of sizes in their runway shows,” she says. “We know that the designer has the power to choose what size they prototype their collection in. The question is a matter of priorities: Is producing more sizes a priority for you or not?” (Notably, Chromat’s statement “Sample Size” tee comes in sizes S to 3XL.)

For inclusive sizing to really take hold, consumers need a place to shop. “The retailer has been the stopgap,” says Patrick Herning, CEO of 11 Honoré, a luxury e-tailer specializing in sizes 10 to 20. “When you talk about our customer, she’s been so marginalized by traditional retailers.” He notes that for individual fashion brands, production is indirectly dictated by the orders placed by retailers. “If the retailers aren’t asking for it, then the conversation gets postponed or sidelined.”

McCharen-Tran agrees. “A major challenge is finding retailers to support extended sizing,” she says, adding that 11 Honore and Nordstrom have been a huge support by placing Chromat swim orders up to 4X. “Without their buys,” she says, “we would not be able to reach the minimum units with our factories in order to produce.”

In some cases, retailer support goes beyond simply placing orders. Herning proudly notes that in just over a year, 11 Honoré has gone from stocking 15 designers to 80 and counting. For some of those labels, 11 Honoré’s team has collaborated with the designers’ production teams to develop patterns for larger sizes. The result is a triple win, he says. Women have more opportunity to wear the clothes they want to wear; designers sell more inventory, and 11 Honoré brings more names onto its roster.

It’s not all up to retailers, though. Consumer demand can help move the needle, too. After receiving criticism for its lack of plus sizes for its 2014 Altuzarra collaboration, Target began offering more sizes for its clothing offerings overall. Today, its Universal Thread denim collection (not to be confused with Universal Standard) is available in sizes XS to 4X.

Whether in the world of high-end or fast fashion, inclusive sizing has to sell to become more commonplace. “Put your money where your mouth is,” McCharen-Tran says. If you see a designer you love start to offer extended sizing, buy it—at full price. Don’t just ‘like’ the photo of a curve model in the outfit on Instagram. Shop it.”

So where does the size inclusivity conversation go from here?

Hate to break it to you, but despite the progress that has happened in the last few years, size inclusivity is likely to remain an issue in fashion for the foreseeable future. “There’s a long way to go,” Herning admits. “Things are moving quickly, but if you think of how many brands are on Net-A-Porter or Matches versus how many brands we carry, that’s an example of how much work there is to do.”

That said, there’s more momentum now than ever thanks to societal pressures around equality, women’s rights, and the body positive movement. (Make no mistake, not offering extended sizing is a form of discrimination—which is not a good look for fashion or anyone for that matter.) Plus, there are a growing number of people willing to challenge societal status quos like Waldman. “We don’t like to look at Universal Standard as a size inclusive brand,” she says. “We just want to be a brand, a brand that serves all women, a brand where size is completely irrelevant—just fashion for women.” Who here doesn’t want that?

While we fight for more size inclusivity in fashion, let’s also celebrate those that are making strides like Khloe Kardashian adding activewear to her extended-size line—plus, ThirdLove and Lively helping women with bigger boobs find bras that are supportive and cute.
Continue Reading…