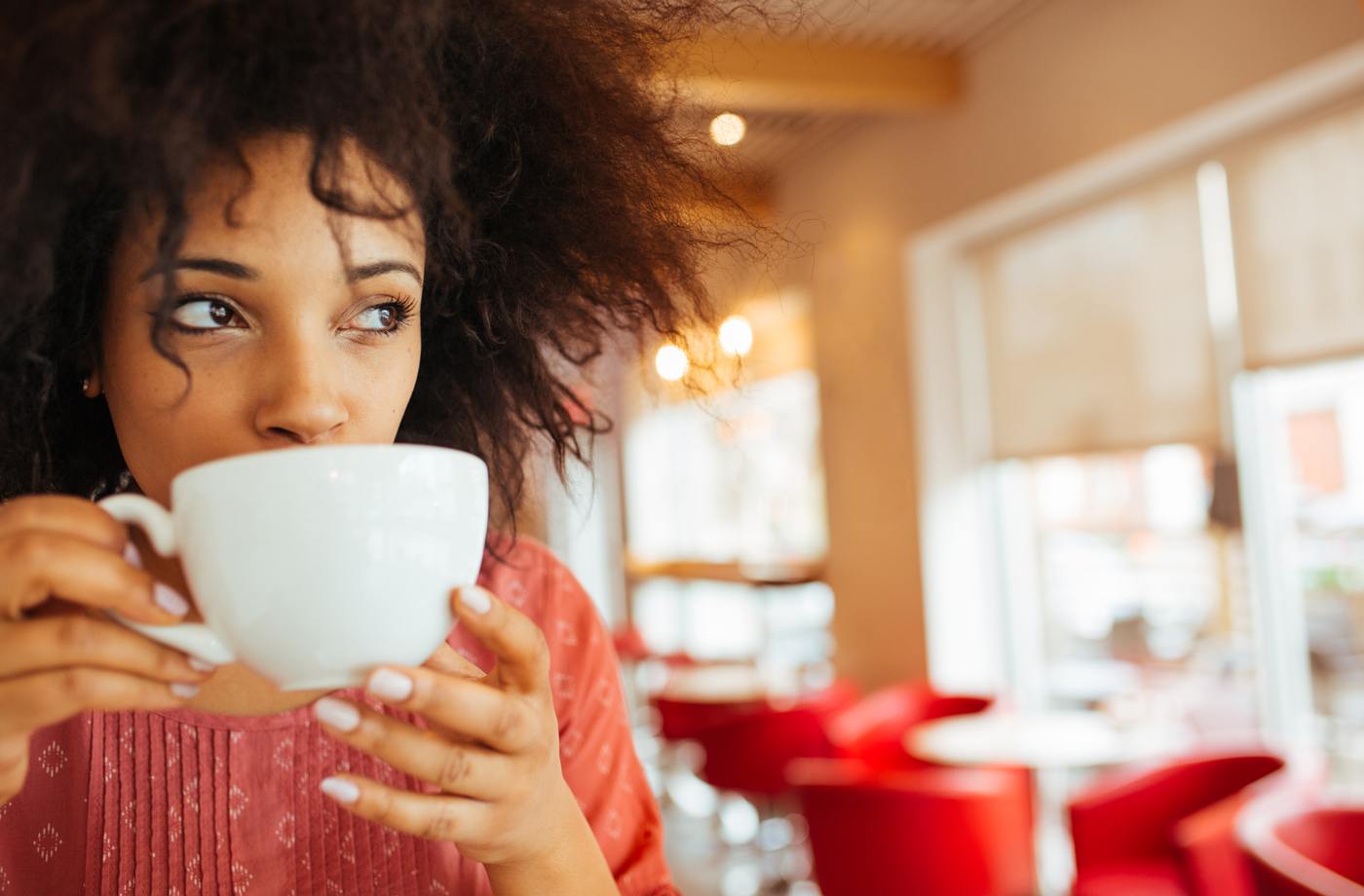 Yerba mate tea is a traditional South American drink that’s said to taste like tea, have the energizing hit of coffee, and the joy-inducing benefits of chocolate. Sound too good to be true? Keep reading for the complete low-down of its benefits, potential side effects, and a recipe to try it at home.

Here’s everything you need to know about yerba mate tea.

What is yerba mate tea?

Made from the dried twigs and leaves of the “ilex paraguariensis plant” (say that five times fast), yerba mate tea is typically steeped in hot water and then sipped with a metal straw from a container called a “gourd”—which can be as simple as a hollowed-out gourd or as intricate as a homemade ceramic. The eco-friendly, re-usable straw, called a “bombilla,” has filters out the tea leaves. (So don’t worry about any getting stuck between your teeth.)

In countries where yerba mate is popular, drinking it is often a social event. Think of it kind of like a post-yoga matcha date with your friends. The biggest difference is that at these social meetups—which typically take place outdoors, like in a park—individuals sit in a circle, passing around the gourd, as each person takes a single sip from the same cup, before passing it on.

Of course, this elaborate ritual isn’t the only way to enjoy the beverage. Many South Americans will drink it for an on-the-go burst of energy. While the caffeine content of a cup varies, one teaspoon of yerba mate—the amount in a single teabag—contains about a third of the amount of caffeine that you’d get from a cup of coffee (30 mg versus 95mg or 100 mg of caffeine per eight ounces). That said, some yerba mate teas can have as much as 85mg per serving, so it’s worth checking the label.

In recent years, yerba mate has made its way into specialty grocery stores and into world of wellness as a health elixir and alternative caffeine-fix.

Rounded up here are the biggest benefits of the tea, backed by science and research:

2. Helps with constipation. Caffeine has been shown to help you go by making the colon—the last stop before the rectum— more active than if you were to drink just water or decaf coffee. But if you really have to go, a cup of coffee may be a more effective option, because it has more caffeine.

4. Lowers bad cholesterol. One study found that drinking about four cups of yerba mate each day for 40 days helped people to significantly lower their levels of LDL cholesterol (that’s the bad kind, FYI), which the researchers conclude may also reduce the risk of cardiovascular disease.

5. Assists in healthy weight loss. While weight loss isn’t and shouldn’t be everyone’s goal, a few small studies suggest that yerba mate tea may have that effect. One small study in overweight people who took three grams of an yerba mate supplement a day showed an average loss of a pound-and-a-half over 12 weeks—without making any other lifestyle changes.

6. May improve workout performance. One very small study of 14 normal weight adults who took a one gram supplement of yerba mate right before exercising found they were able to work out harder.

8. Strengthens immune system. Considering the fact that yerba mate tea is rich in antioxidants, it shouldn’t be too surprising that the immune system loves it. While research has not yet explored the direct effects of consuming the tea on your immune system, the tea contains saponins which have been previously shown to boost your immune system.

Put all those swoon-worthy health perks in one drink, and you’ve got quite the bang for your wellness-bev-buck. However, you may not want to give up your mushroom latte or morning matcha just yet, because (just like coffee) there are potential side effects.

The biggest safety concern is that drinking large quantities of yerba mate over time is that it’s been associated with an increase in mouth, esophogeal, and lung cancer—especially for smokers. A review investigating this possible association ultimately concludes that more research is needed to understand why this is.

One possible explanation is that mate contains “polycyclic aromatic hydrocarbons (PAHs),” which is at certain amounts is a known carcinogens. However, it could also be because the drink is consumed at very hot temperatures, which could theoretically lead to damage of the respiratory or digestive tract lining. Simple fix: wait for the steamy potion to cool before bringing cup to lip.

How to make yerba mate tea

If you’re interested in sipping yerba mate tea—and reaping some of its healing powers—consider making this honey cinnamon yerba mate latte, courtesy of nutritionist and herbalist Nicole Brors, CNC, CCMH founder of Dance To The Beet. This naturally-sweet, nutty latte has the added health perks of cinnamon and honey. Here’s how to do it.

1. Brew the yerba mate according to the package directions

2. Pour the warm yerba mate mix into a mason jar.

3. Add the honey and cinnamon to the warm mate mix. Put the lid on the jar and shake.

4. If you are drinking it warm, heat up the almond milk and then add the warm almond milk to avoid separation.

5. If want to drink it iced, add ice to the mason jar, then add cold almond milk to the jar. Add additional ice to preference.

More tea intel: If you think you have adrenal fatigue, there are a bunch of teas that are said to offer relief. And brewing stinging nettles will get you a cuppa anda hair treatment.
Continue Reading…