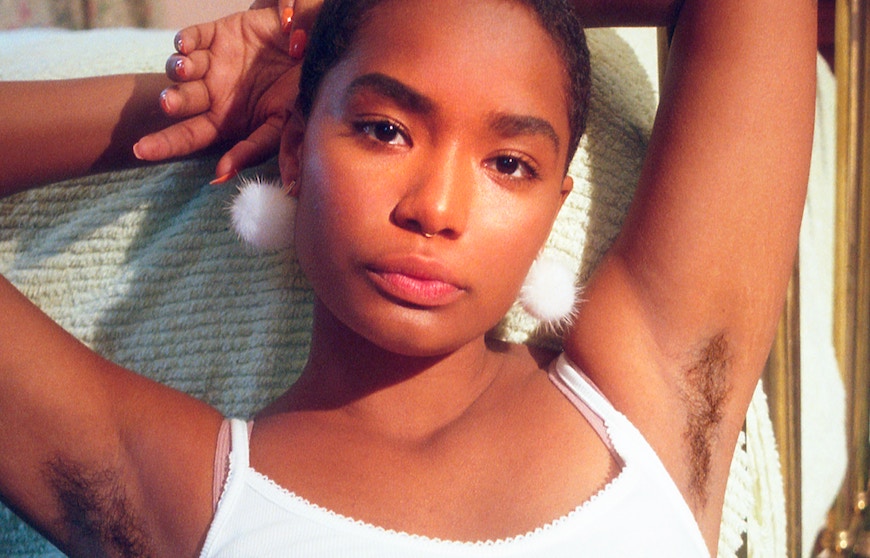 Ariana Grande and Pete Davidson may have called it quits (and have aired their feelings about said breakup through artistic pursuits), but one of the highlights of their relationship can never and will never die. Big Dick Energy, or BDE, which was originally attributed to the late, great Anthony Bourdain and then co-opted by Grande about her then-fiancé, describes the vibe a man with a big ‘ole, ahem, member, gives off when he’s just existing in the world. It’s an aura, if you will. An attitude that comes with knowing you’re packing heat in your boxer briefs.

As the viral meme spread, we starting attributing BDE to females who didn’t necessarily possess the appendage necessary to anatomically qualify them for the moniker. But, in truth, women have possessed their own special spark of this energy for eons—way before Pete Davidson and Anthony Bourdain were swinging theirs around. I’m talking, of course, about Big Bush Energy.

Women have possessed their own special spark of BDE for eons—way before Pete Davidson and Anthony Bourdain were swinging theirs around. I’m talking, of course, about Big Bush Energy.

And Julia Roberts may be the contemporary BBE queen for bringing bushes to the mainstream in the ’90s. You know that photo of her waving at the premiere of Notting Hill, where her hairy armpits are on full display? Turns out, the #lewk wasn’t a feminist statement or some kind of repudiation of Western female beauty standards, she revealed on the Busy Phillips’ new talk show, Busy Tonight. Rather, Roberts just wasn’t shaving her pits at the time and miscalculated the sleeve length. And then, when the world bugged out, she just shrugged and kept being Julia Roberts. Because who cares? Big. Bush. Energy. Y’all.

Since then, other celebrities have taken up the mantle and continued to promote the message of BBE. When Miley Cyrus was at the height of her twerking and trippy music videos era circa 2015, she not only rocked armpit hair, but she also dyed it pink. Oh, and it was also rumored that she dyed her vulva hair pink. Big. Bush. Energy.

Now, Lourdes Leon, daughter of Madonna, another body-hair dynamo, is rocking two big bushes under her pits. She’s also showing off her nipples and daring you to stare at them. If that isn’t big bush energy, I don’t know what is.

We should be more impressed with badass babes who subvert beauty standards instead of dudes who just happen to hit the genetic lottery and want to wear gray sweatpants and brag about it.

As body hair is still seen as a subversive move when women rock it, even though it’s literally just not shaving the hair that naturally sprouts from the body, it takes a certain kind of attitude to let it grow and not give a shit what people think. It is for that reason, I argue, that Big Bush Energy is actually more powerful than Big Dick Energy.

Body hair is a choice whereas you’re born with a big dick, so that’s just luck, my friends. In my humble opinion, we should be more impressed with badass babes who subvert beauty standards instead of dudes who just happen to hit the genetic lottery and want to wear gray sweatpants and brag about it. So the next time someone compliments your BDE, tell them thanks, but no thanks. You’d rather be praised for your big ‘ole natural bush.

Okay, so maybe you’re not ready to grow out all your body hair—totally cool! Here’s how often a dermatologist says you should be shaving. And the hair-removal alternatives to know about if you’re ready to toss that razor forever.
Continue Reading…