Peloton yoga is here, which means you can finally practice crow pose in peace 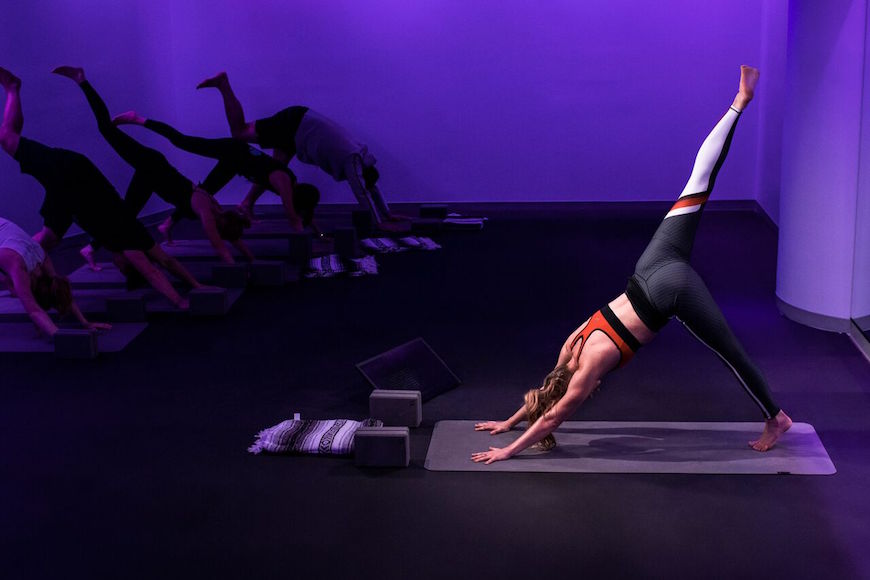 Forget trekking to your favorite yoga class before the sun comes up: Thanks to Peloton‘s new yoga classes, it’s now easier than ever to bring the yoga studio to you. And, bonus (at least, if your practice looks anything like mine does)—there will be no one around to see you tumble out of tree pose in the wee hours of the morning.

On Wednesday, the brand, which is currently valued at $4 billion, announced that it would be launching its first-ever yoga studio alongside its West Village Tread studio in New York City. Like Peloton’s game-changing spin and running programs, the classes will be available to live-stream across the United States, the United Kingdom and Canada—which means your living room is now basically a boutique fitness studio in and of itself.

“As we did with the addition of Bootcamp, Running, Walking and Outdoor [classes] earlier this year, we are continuing to expand,” says Fred Klein, chief content officer of Peloton. “As with our other tentpole lines of programming, our focus will remain on providing the energy and authenticity of live studio production while providing the ultimate convenience of anywhere, anytime access via our On Demand platform.”

Starting December 26, Peloton Bike and Tread owners and Peloton Digital subscribers will be able to practice their crow pose from the comfort of their living rooms with classes led by three instructors: Kristin McGee, Anna Greenberg, and Aditi Shah. Peloton is offering five different styles of yoga: flow, power yoga, restorative, basics, and “yoga anywhere,” which are quick and easy moves to do even if you don’t have a mat. And bonus! There will be meditation classes as well.

You can hit the IRL studio for $20, or tune in from anywhere in the world for $19.49 per month. So if schlepping your mat around all day was the only thing keeping you from hitting up a class, we’ve found the fix.

We called it: The digital fitness revolution is officially happening. Thanks to apps like Peloton, Classpass, and Aaptiv, you may never need to set foot inside a gym again.
Continue Reading…