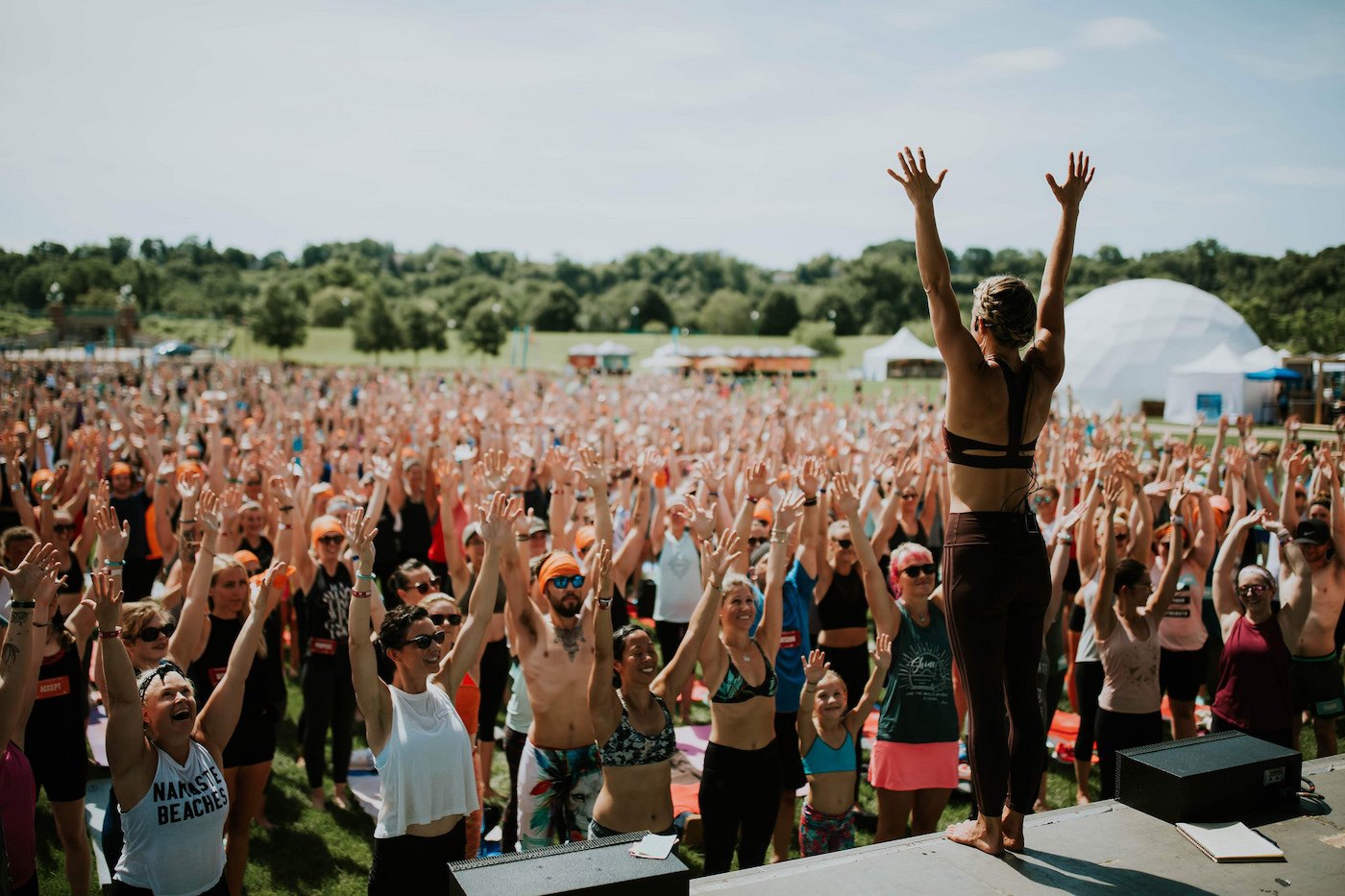 When you Google the word “retreat,” the search results likely return remote mountaintops and seaside bungalows. In 2019, though, prepare for a switch up: The OG event for fitness-loving festival-goers—you know, Wanderlust festivals—is getting the local treatment. Yes, city-dwellers, it’s coming to your own backyard.

On Thursday, Wanderlust officially announces its lineup of two-day events coming to city parks across the country. There’s something special about traveling to fulfill your craving for adventure, but there’s definitely magic to be found in staying put. Atlanta, San Francisco, Seattle, Denver, and New York are up first, with more locales to be announced. Tickets start at $200.

“I think the idea of actually producing a festival that really has the texture, the experts, and the tons of classes you can do at a festival in a city is just a compelling idea.” —Sean Hoess, co-founder and CEO of Wanderlust

“I think the idea of actually producing a festival that really has the texture, the experts, and the tons of classes you can do at a festival in a city is just a compelling idea,” says Sean Hoess, co-founder and CEO of Wanderlust. In the past, the bohemian festival has been comprised of two main arms, Wanderlust 108 (the original four-day event) and Wellspring (a three-day gathering in Palm Springs).

With the two-day format, Wanderlust intends to host a selection of world-renowned wellness luminaries, offering 50 workout class options. While not every featured teacher has been announced, Jessamyn Stanley, Light Watkins, and Faith Hunter are all on the list. (BRB, buying my tickets.) It promises to be a trip to remember—one you don’t even have to pack a suitcase for. “The basic idea is to recreate the experience of Wanderlust festival, to recreate an urban version of Wanderlust festival, and to do that with a series of premium tented values and structures,” says Hoess.

Setting up a festival against the backdrop of America’s greatest cities means that local flavor will be represented, too.”I think the opportunity for wellness and fitness experience expands a lot just because you’re in an urban area,” says the co-founder. You might bump into your favorite teacher from your neighborhood boxing studio or your go-to lunch spot handing out post-meditation bites.

In short, you don’t have to take a single day off for a vacation that feeds your mind and body. Local retreats have arrived, y’all.

Here are 3 places where you can DIY your own retreat and a bunch of ways to go on a meditation retreat that’s either affordable or free.
Continue Reading…