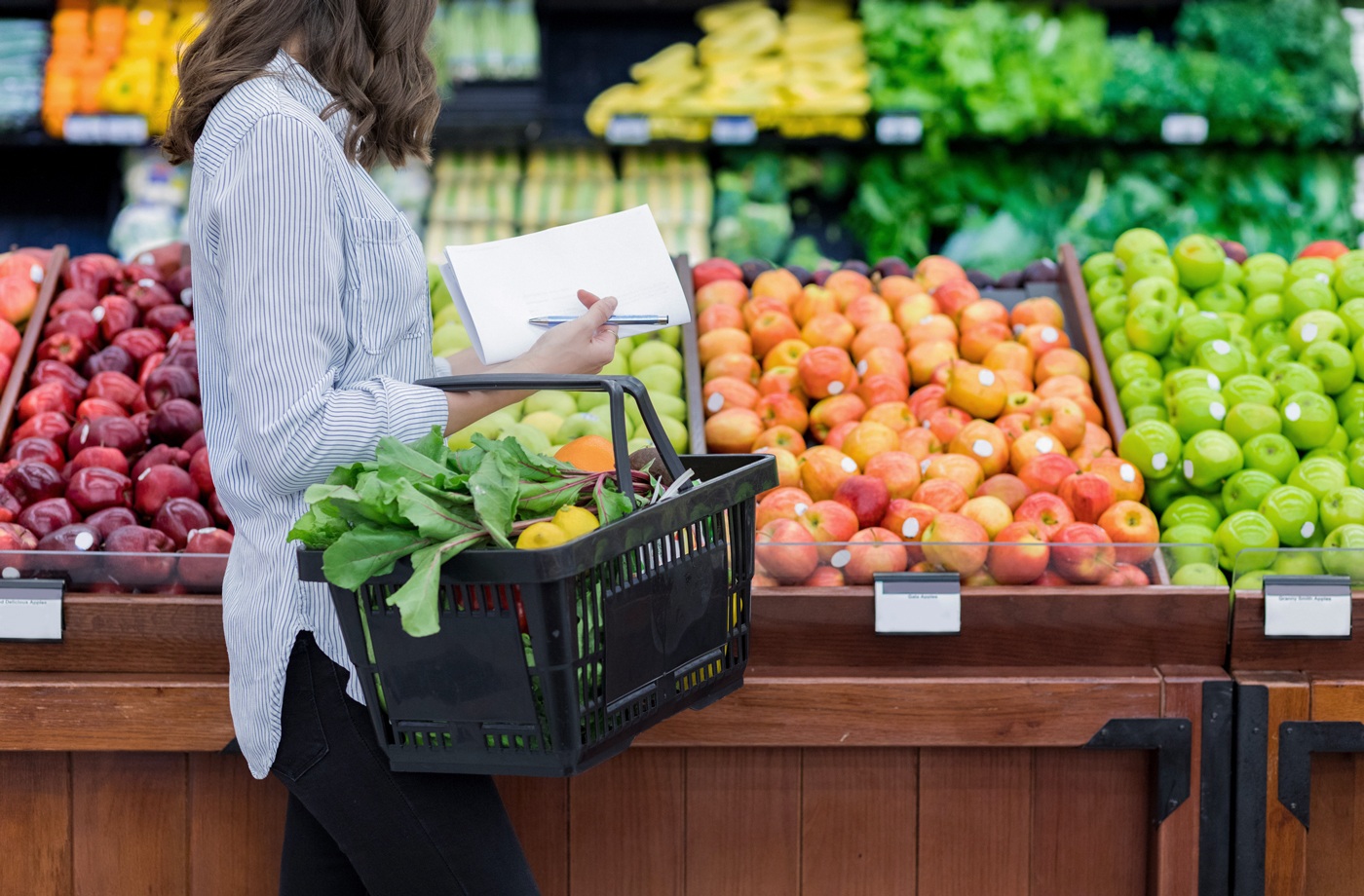 It’s a familiar scenario in 2019: You meet a friend for dinner, and suddenly she’s swiping left on the bread basket, ordering her steak without the cream sauce, and treating the dessert menu like it’s covered in Zika germs. (Still a thing, FYI.)

But before you start searching for a new companion with whom you can split your chocolate lava cake, consider the fact that her condition could be temporary. Like tons of other people, she may just be doing Whole30—a crazy-popular nutrition challenge whereby people ditch a few food groups for 30 days to in order to improve their health and eating habits.

You might say that the program, developed by sports nutritionist Melissa Hartwig, helped launch Paleo-style eating back into mainstream territory. (Like Paleo, refined sugar, grains, legumes, and dairy are just a few of Whole30’s no-go ingredients—meals revolve around veggies, fruit, and animal protein instead.) And your mom, your aunt, and your BFF aren’t the only ones on board. Stars like Busy Philipps and Emmy Rossum are also fans.

So why, exactly, has Whole30 caught on like a flaming sage bundle since it launched in 2009? According to Diana Rodgers, RD, a Whole30 coach and owner of Sustainable Dish, the program is a great way to re-evaluate your eating habits if you feel like they’ve veered off course. “In our modern food landscape, where we have 24/7 access to hyperpalatable [processed] food, we’re wired to seek out as many calories as possible,” she explains. “But by focusing on nutrient-dense whole foods as close to their natural form as possible, Whole30 helps people self-regulate their appetite and have a better relationship to food in general.”

The one (big) downside? All the accompanying Whole30 rules and information can be a bit overwhelming. To help spare you the huge pile of reading, let’s break down everything you need to know about the dos and don’ts of Whole30—with tips straight from the pros.

Keep reading for a beginner’s crash course on Whole30 rules and guidelines.

Although lots of people use Whole30 as a nutritional reset, Hartwig says it’s actually a lot more than that. The program requires you to remove things from your diet that are commonly linked with food sensitivities, cravings, disrupted hormones, poor sleep, and a host of other issues. “The Whole30 is a 30-day experiment designed to teach you how the foods you’ve been eating are impacting how you feel, how you look, and your quality of life,” Hartwig says.

According to the program’s founder, your food choices could be behind that sluggishness you feel throughout the day, or even those low-key aches or pains you can’t explain. And one way to find out which food could be the culprit is to completely remove the potentially problematic ones for 30 days to see if you feel better. After the 30 days, you slowly introduce them back into to your diet to see how they affect you.

Here’s where things can get a bit confusing. Technically, the Whole30 is an elimination diet—basically, a diet designed to remove certain food groups and then reintroduce them after a period to determine possible food sensitivities. Yet Hartwig thinks “diet” is a dirty word, and she prefers not to use it.

“In essence, it is about your diet, in terms of the way you eat,” she says. “[But] I describe it as a self-experiment rather than a diet. It really is just an experiment designed to help you figure out what works for you.”

There’s no counting macros, calories, or anything else on Whole30, and while you’re encouraged to eat until you’re full, there are no restrictions on how much you can eat. You’re also not allowed to weigh yourself or take measurements during the experience to keep the focus on how you feel rather than a size or number. That said, there’s a Whole30 meal template to follow with suggested portion and serving sizes, which can vary based on your size and activity levels.

What can you eat on Whole30?

You’ll mainly be eating vegetables and fruits, with a moderate amount of organic, sustainably and ethically raised meat, eggs, fish, and nuts.

What’s not on the menu? Sugar, alcohol, grains, legumes, dairy, certain additives, and desserts are all banned for the 30 days. (Here’s a more in-depth guide to what you can and can’t eat on Whole30—and why.)

While you want to focus on eating whole foods, Rodgers points out there are some packaged foods that have the official Whole30 stamp of approval. These include Primal Kitchen’s salad dressings and mayo, Waterloo seltzers, and Epic bone broths and meat bars. (Just look for the “Whole30 Approved” seal on the label, or check out the full list of brands here.)

There are also several meal delivery services that specialize in Whole30 fare—Rodgers’ favorite is The Good Kitchen—and restaurants like Chipotle have started offering dishes that follow the Whole30 rules. But in general, it’s pretty difficult to find a ready-to-eat, take-out, or restaurant meal that is 100 percent Whole30-compliant, so you’ll want to cook as much as you can. (If there was ever a time to up your meal-prep game, it’d be now.)

And yes, you can *kind of* do Whole30 if you’re vegan or vegetarian, but the guidelines are a bit different. A 30-day program free from eggs, meat, or fish—where you get your protein from legumes or grains—is not technically considered Whole30. Instead, this is dubbed a vegetarian or vegan “reset,” depending on what you eat.

A few other things to keep in mind: For all produce you buy, organic is best whenever you can afford it. If you’re trying to save money on groceries, your best bet is to shop organic from the dirty dozen list, and go conventional for the other items. Also, eating fruits and veggies in season will give you the best bang for your nutritional buck.

What’s a typical day of eating on Whole30?

According to Rodgers, breakfast tends to be the toughest meal of the day for most people on Whole30, as they’re often used to loading up on things like yogurt or toast. She recommends opting for something protein-rich—like a 3-egg omelet, a ground-meat-and-veggie hash, or one of these eight delish recipes—and to think outside of the “breakfast food” box to avoid boredom. “Some mornings, I’ll have leftover dinner for breakfast, like a piece of salmon and a salad,” she says. Coffee is OK, as long as it’s black or with a sugar-free, dairy-free, additive-free creamer.

Lunch may be a big salad topped with organic, high-quality protein like coffee au poivre steak or grain-free chicken nuggets. For your p.m. pick-me-up, you might have a matcha latte (with approved alt-milk) or coffee with a scoop of grass-fed collagen peptides.

Dinner will look similar to lunch, with a mix of protein and veggies—tuna zoodle casserole or slow-cooker pulled BBQ chicken, perhaps.

You’re encouraged not to snack between meals, so Rodgers says it’s important to make sure you’re eating enough for breakfast, lunch, and dinner. “It’s not optimal to be snacking all day long, as it can be this automatic habit we go into,” she says. But if you’re still hungry, you could munch on plantain chips and raw nuts, a hard-boiled egg, or some jerky.

To help you overcome sugar cravings, no dessert is encouraged in any form—not even one made from Whole30-approved ingredients. “The program tries to get you away from the idea of food as a treat or a reward,” Rodgers explains. But if you really have to follow up your dinner with something sweet, she suggests having a small piece of fruit.

How will you feel while doing Whole30?

Short answer? It’s complicated. Everyone’s individual experience depends on a lot of factors, including how you ate before the program. Luckily, Hartwig gets asked this question so much that the Whole30 team created a timeline and a calendar that can give you an idea of what to expect. (In short, you’ll likely feel all the feels, from energized and optimistic to sick and tired. And it’s all considered totally normal.)

What results can you expect from Whole30?

So here’s the big question: Is swearing off Pirate’s Booty and pizza for 30 days actually worth it? Rodgers’ clients seem to think so, at least. “The typical feedback is that people feel better and generally have better quality of life, because they’re getting more of the important micronutrients that may have been missing from some of the processed foods in their diet,” she says. “After a Whole30, people tend to eat less processed foods overall because of how great they felt while on a Whole30.”

Some of the specific benefits reported from Whole30 devotees include weight loss, better energy levels throughout the day, improved focus, and better sleep. Other people say they have a significant reduction or elimination of intense food cravings. For me, I realized that dairy, gluten, and sweetened coffee creamers were potentially problematic—and I still avoid them years after completing the program.

And what do you do when it’s over?

Once the elimination part of Whole30’s donezo, it’s time for the reintroduction phase. This is one of the most important parts of the plan, since it’s where all of your hard works pays off and you get to learn more about yourself and what foods work for you.

You’re encouraged to add back the foods you took out—not all at once, but one at a time to see if anything triggers unwanted symptoms. “One of the worst things you can do is have an all-out binge on all of your favorite junk foods on day 31,” Rodgers says. “It’s important to reintroduce foods back into your diet in a thoughtful way to make sure you know how they affect you. If you eat a peanut butter and jelly sandwich and feel terrible an hour later, you won’t know if it was the bread, peanut butter, or sugar in the jelly that caused the issue.”

She recommends sticking with the Whole30 template during the reintroduction phase, adding foods back one by one and waiting a few days before adding the next one. “One could try dairy by adding back in yogurt or cheese at lunch, then wait a few days to make sure there were no issues before trying a new food, like corn or rice,” she says. “Pay close attention to your digestion, mood, energy level, and skin, and look out for congestion or headaches, which can all be signs of a food intolerance.” If you experience any of these things, it’s worth investigating further with a doctor or nutritionist.

It all might sound tedious, but if it works out in your favor, consider the freedom of never having to worry about which foods might make you feel bad again. And when you do go for that red wine and cheese plate on girl’s night out, at least you’ll know exactly what that means for you and your health.

This is how to optimize your workouts when doing Whole30, according to a top trainer. And if you want to get started right now, check out these Whole30-approved recipes perfect for this weekend’s BBQs.
Continue Reading…