I’ve been on a dating sabbatical for over a year—and phew, that’s totally normal 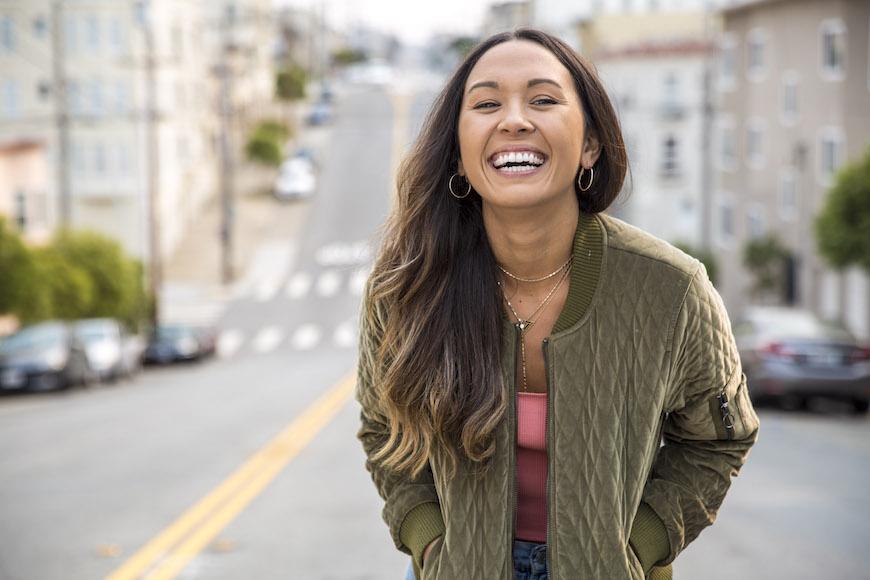 You know that old adage that it’ll happen when you’re not looking—with “it,” of course, referring to finding your soul mate? Well, maybe that’s rings conveniently true for some people (anyone? Bueller?), but if you’ve ever made the conscious choice to opt out of dating for any period of time, you probably chalk it up to a bunch of B.S.

Take it from me: After being totally fed up with the general ickiness of the dating pool, I put myself on a self-imposed sabbatical from it more than a year ago—and blissfully single I remain. To be clear, back when I was playing the field, I did try with earnest, using all the modern tools of the trade available to me. But I found that things usually went one of two ways: Best case was a lack of physical and/or emotional chemistry with the other person, and worst case (which happened way more frequently) was an experience fraught with humiliation and confused rumination (WTF, ghosters?).

So a bit after turning 33, I decided to go cold turkey on dating. I deleted all the apps off my phone, stopped asking to be set up by anyone who knew humans with heartbeats, and didn’t bother going to events for the sole possibility of there being a singles scene. Dating made me stressed and feel worse about myself and my prospects, so rather than endure all of that for the possibility of love, I temporarily threw in the towel to reclaim my power of choice.

According to dating experts, all of my feelings are becoming more and more commonplace for a number of reasons, like the search being endless, exhausting, and not very fun at all. “One of the biggest complaints I hear from people is that dating feels like work,” says dating expert Crista Beck. And with rampant burnout paralyzing so much productivity, who needs more work?

Certainly not Well+Good associate beauty writer Zoë Weiner. “I’ve gone through stints of dating nonstop and just feeling exhausted and defeated by it. I decided to take some time off to focus on me, because wasting my time with terrible dudes was exhausting.” And once she removed the stress of trying and often failing at simply scheduling a first date, she realized how little time she even had available for making a meaningful connection. “If I can’t find time to go on a first date, I don’t have time to build an actual relationship with someone.”

To this point, Philadelphia-based kindergarten teacher Danielle Klaiman says her three-year break from dating apps has afforded her the time to strengthen the one relationship that matters most. “I get to spend a lot of time with myself, which I’m good with,” she tells me.

“Figure out what you want dating to look like, based on nothing other than what you know about yourself and your desires.” —Dulcinea Pitagora, LCSW

Beyond spending QT with yourself, taking a break from dating can provide you the space to figure out what you really want from life. “Throw out all preconceived notions and socialized norms of what you’ve been told dating is supposed to be like,” says sex therapist Dulcinea Pitagora, LCSW. “Figure out what you want dating to look like, based on nothing other than what you know about yourself and your desires.” But, be careful not to self-isolate or “avoid dealing with unresolved interpersonal and/or relational issues,” she adds.

During the course of my sabbatical, my anxiety has dipped and my self-esteem has started to climb, but, to Pitagora’s point, I am concerned about just how comfortable in my lifestyle I am. While I definitely endure pangs of loneliness, dating and the prospect of finding a partner are thoughts that rarely occupy my headspace and are hardly priorities. Everyone has different personal goals, but I do ultimately want to find someone, so I worry about getting complacent in the comfort of my sabbatical swaddle.

One way to stay on top of this is to have a standing date—or, er, meeting—during which you talk openly with someone (a therapist, friend, mentor, whomever) about what you’re thinking and feeling, and what your ultimate goals are. “Have someone else involved who loves you and wants you to have what you want and can nudge you in the right direction,” Beck says.

“The right amount of time to stop dating is long enough to have a firm grasp on what you’re looking to get from a date, and to understand what your boundaries are and how to enforce them.” —Pitagora

And, in the event that want is to eventually start dating again, Beck says it’s important to keep a few things mind. First, ditch the rom-com narrative in your head. “We get caught up in the fairy tale that it’ll happen overnight and there will be instant chemistry. You need to be more grounded in reality, build a dating compass, be introspective, and decide what you really want and don’t want.” In practice, this is of course more complicated than passively reactivating your Bumble account. Instead, set aside time in your day, and really, your life, to make dating a priority again. And no matter your goals—whether to date again or not—being the owner of your time is key to feeling empowered.

“Listen to what you’re really looking for and set firm boundaries for yourself,” Pitagora says. “The right amount of time to stop dating is long enough to have a firm grasp on what you’re looking to get from a date, and to understand what your boundaries are and how to enforce them.”

While I might not be ready to get back out there just yet, I know when I do, it’ll be an active and empowered choice that’ll be worth all the effort and intentional time spent investing in my happiness.

Ready to get back out there? Here’s the case for wearing sneakers on a first date. And here’s when to bring up those important topics that aren’t quite first-date material.
Continue Reading…