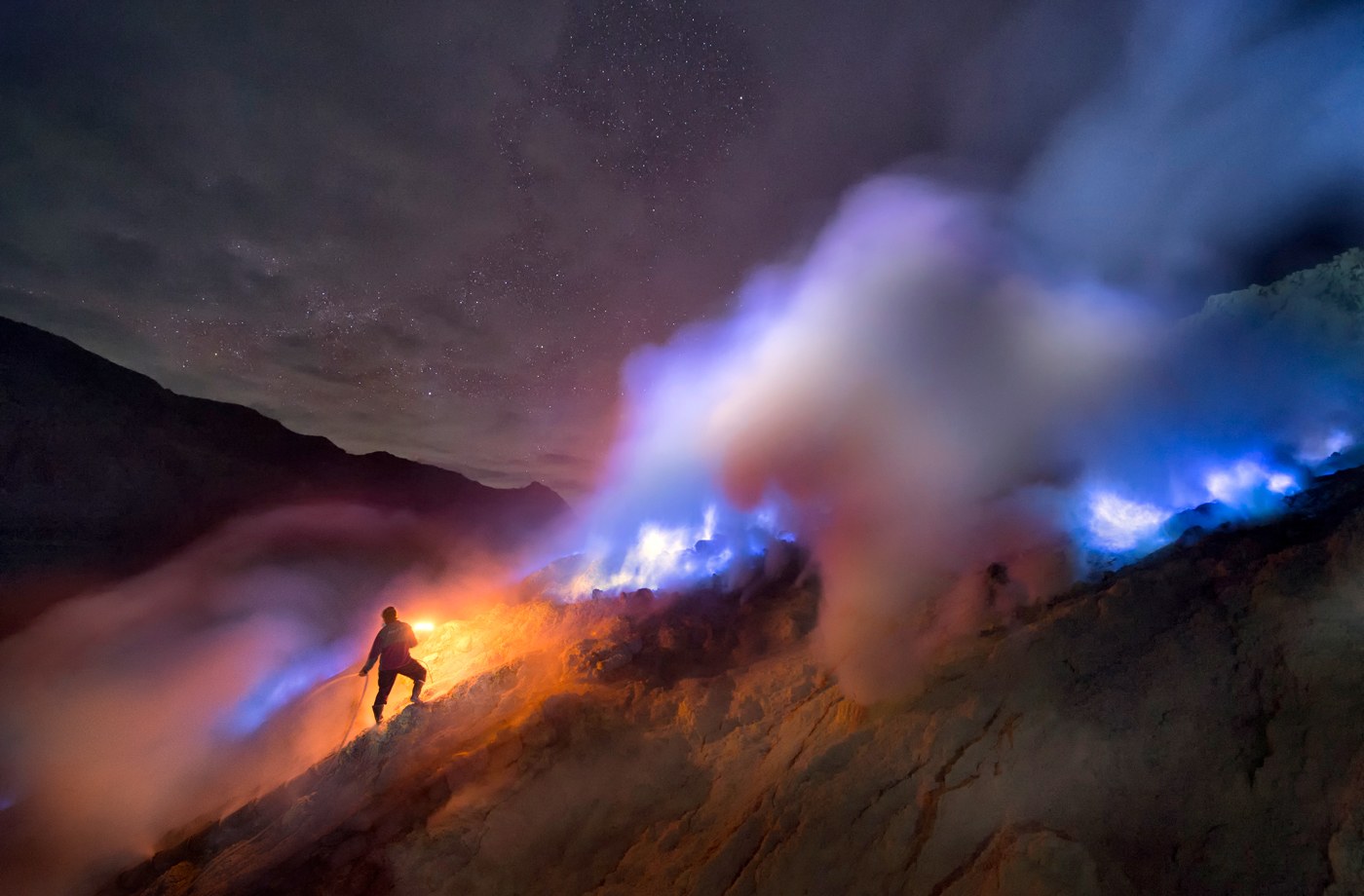 When you think of an ordinary volcano, you probably picture fiery red lava spewing from a collapsed mountaintop or perhaps oozing down the slope with a dull glow. Far from ordinary is Indonesia’s Kawah Ijen volcano, which awes with a stunningly blue illumination. Kawah Ijen displays one of the world’s most mesmerizing natural wonders, but you need to hike the crater before dawn to see it.

“The blue glow is due to sulfur burning, a common volcanic product that makes a blue flame. If you had a piece of sulfur sitting on your desk and you touched a match to it, it would turn blue,” says James E. Quick, PhD, a volcanologist who spent 25 years with the United States Geological Survey (USGS). “When magma is approaching the surface, it contains gases, the most common being CO2, H2O, and sulfur. As the magma comes to the surface, it starts to boil off these gases. When the sulfur is released from the magma, if it encounters a lot of water beneath the surface, it will be absorbed by the water and won’t escape. But if it has a dry pathway to the surface, it will come to the surface and be released.”

In the rare case of Kawah Ijen, the deposits of sulfur are “produced by releases of sulfur that are quite hot, and they’re hot enough that when they come to the surface, they ignite,” says Dr. Quick. “In some cases, the sulfur is flowing down the sides and still burning,” he says, which is why so many people believe it to be lava. 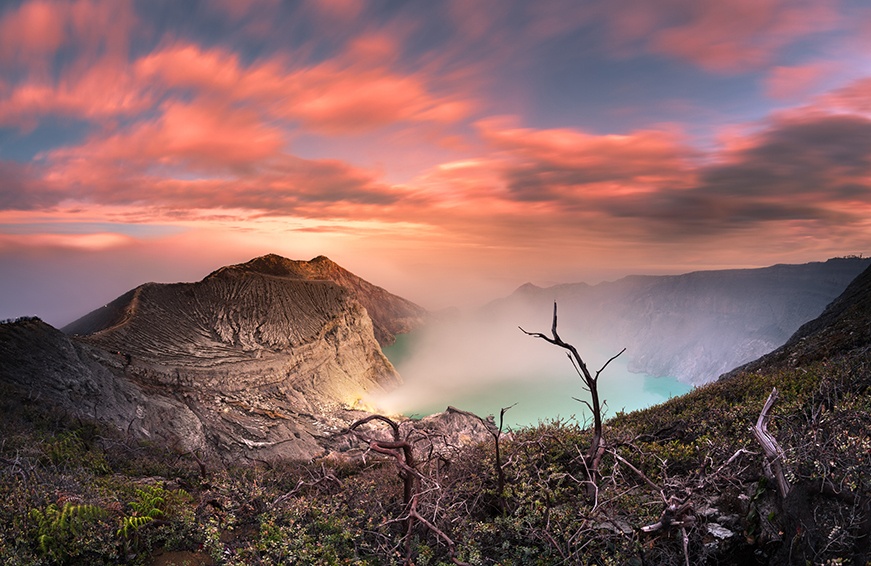 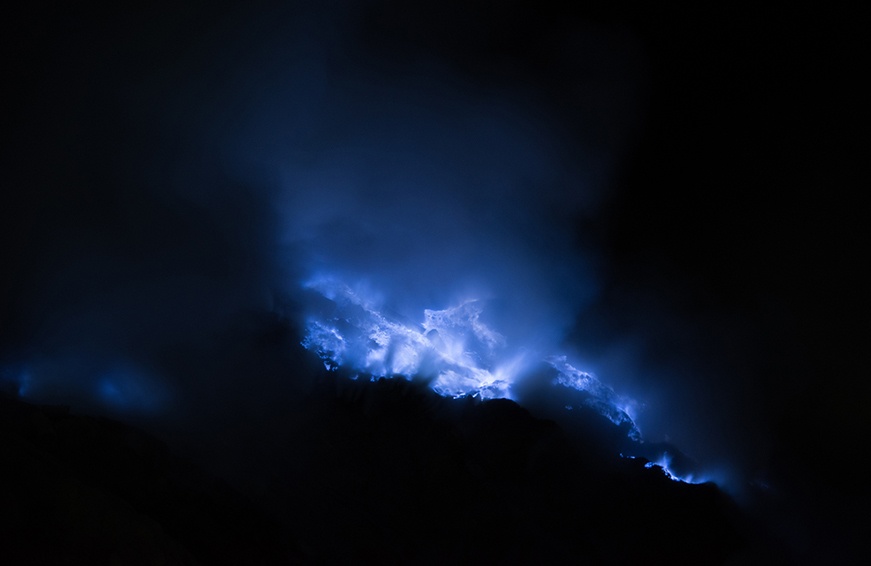 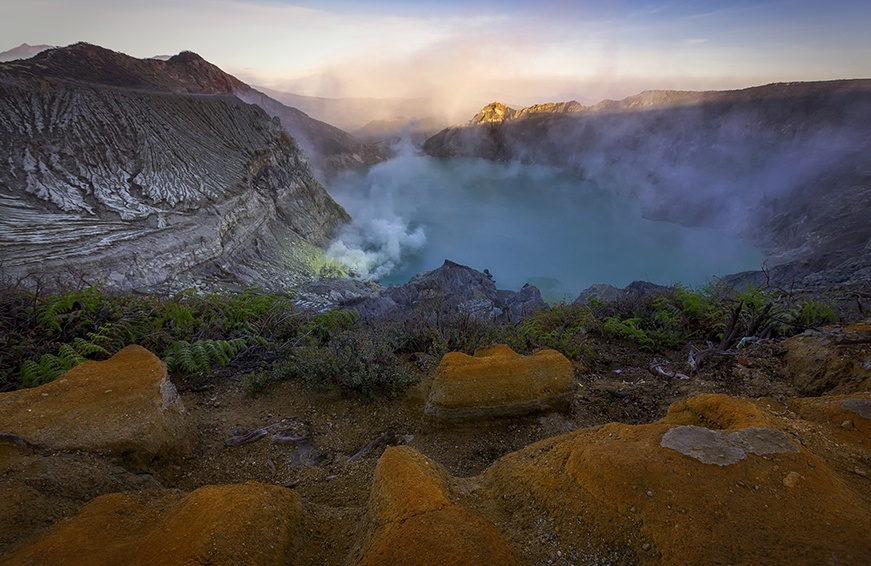 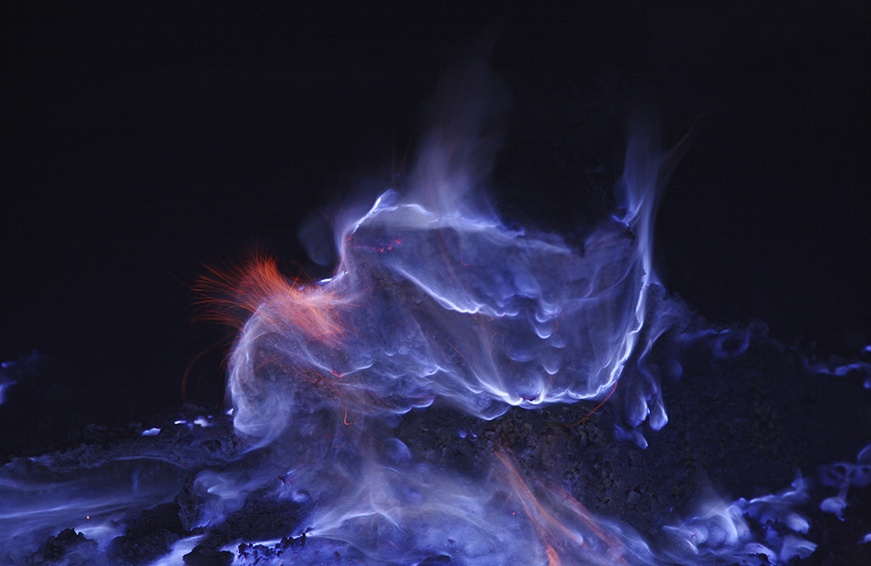 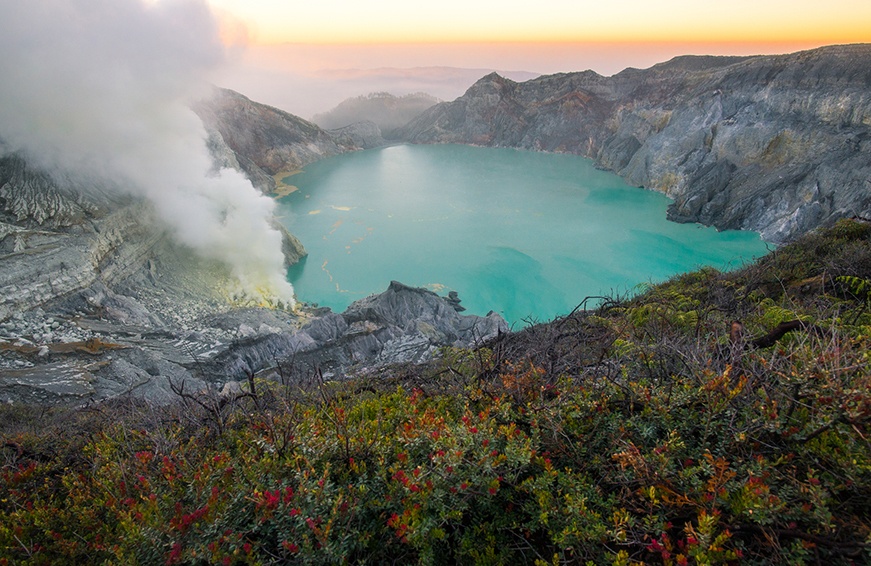 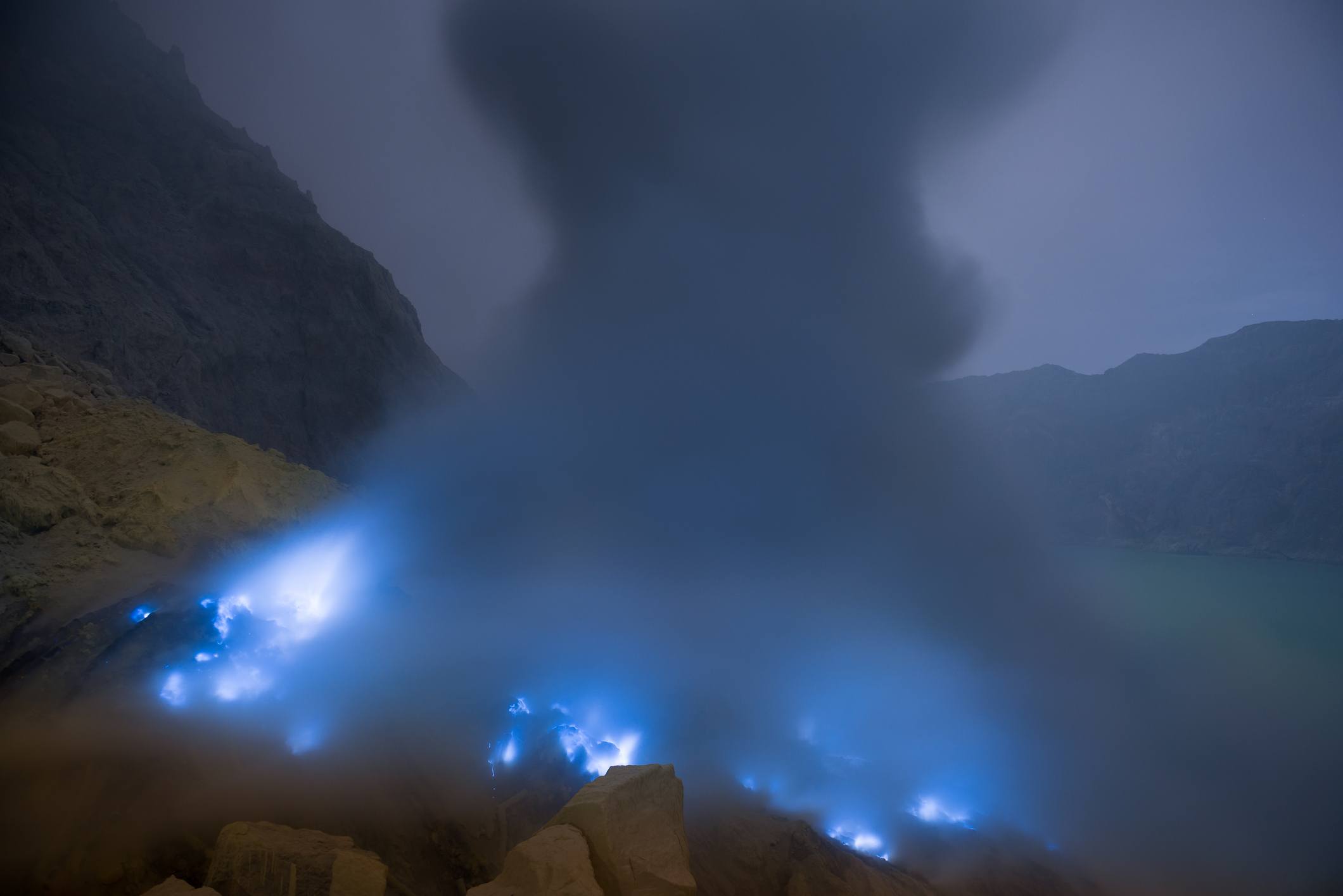 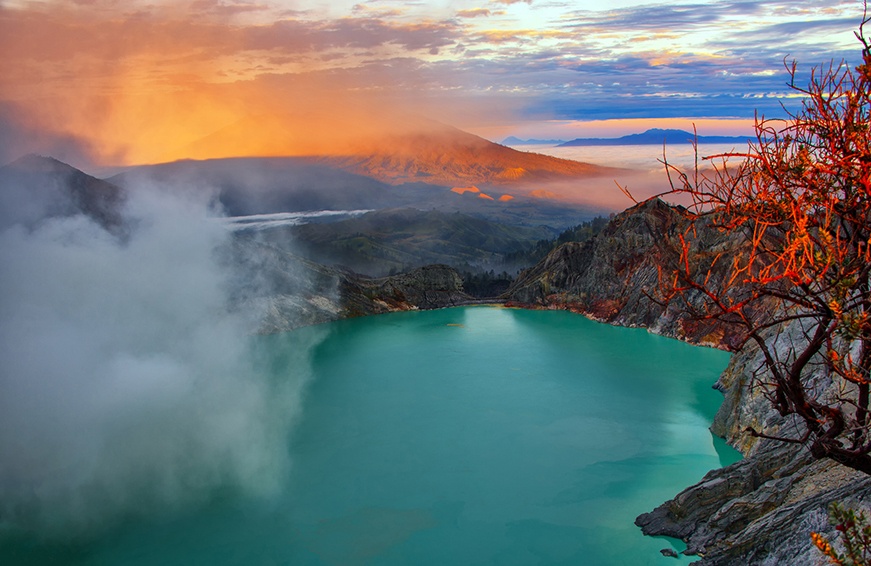 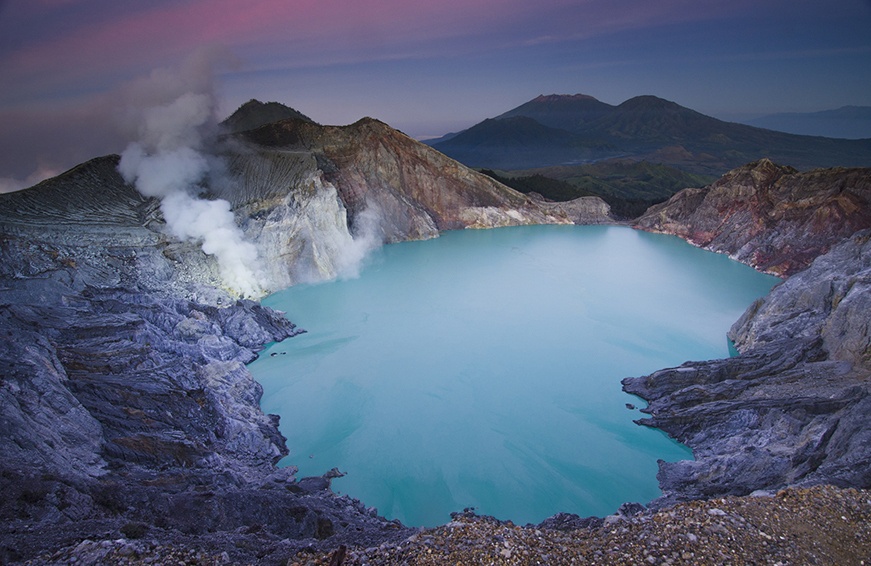 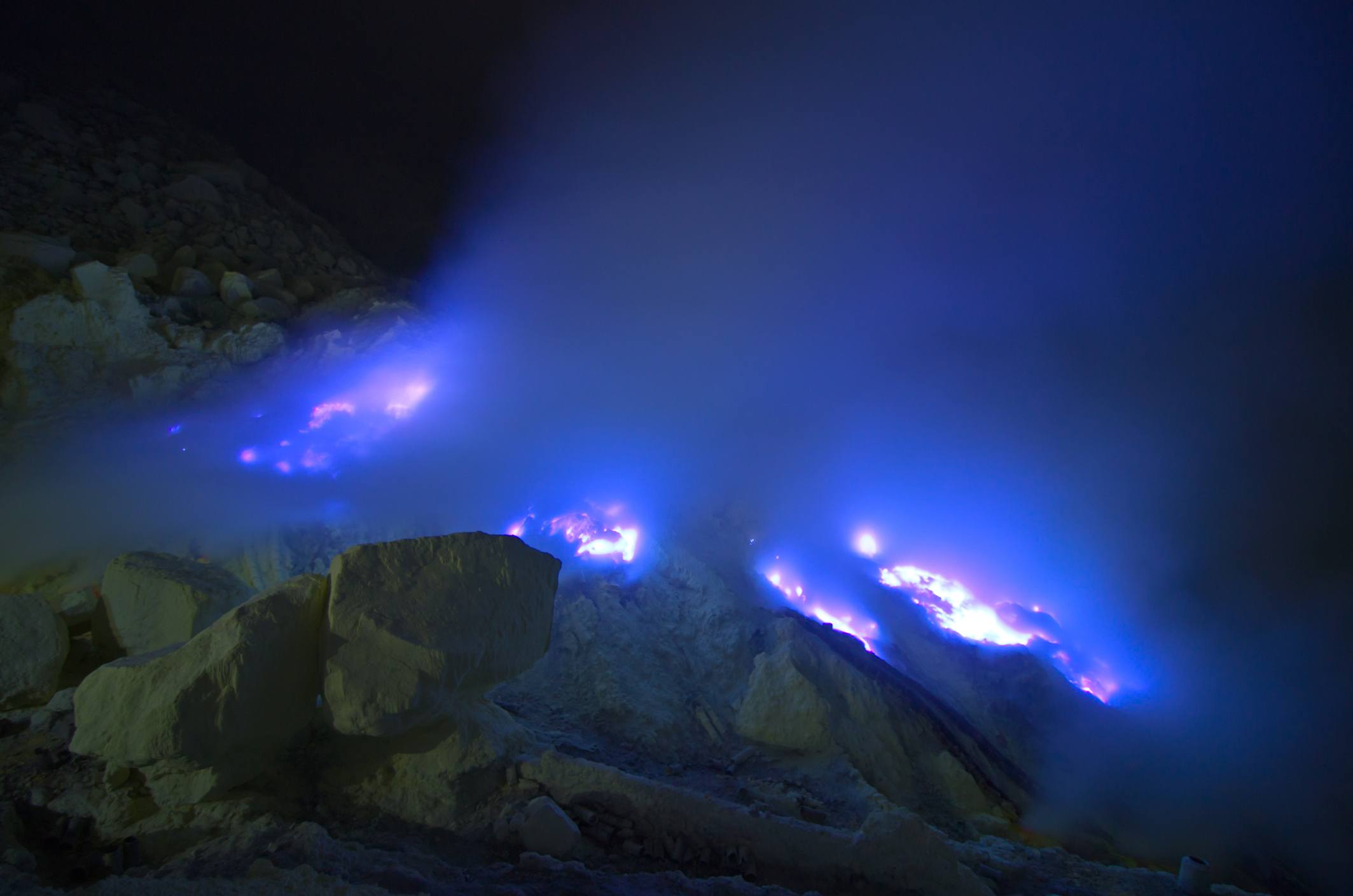 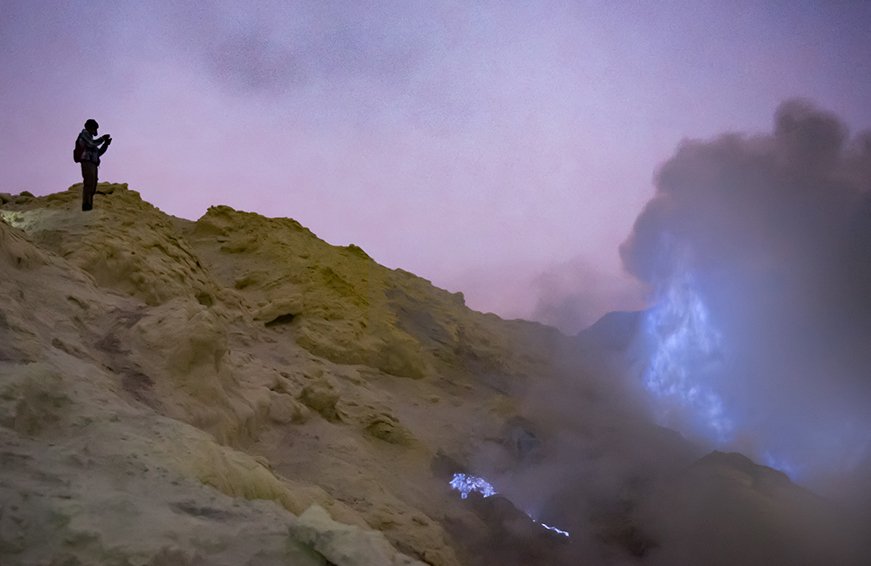 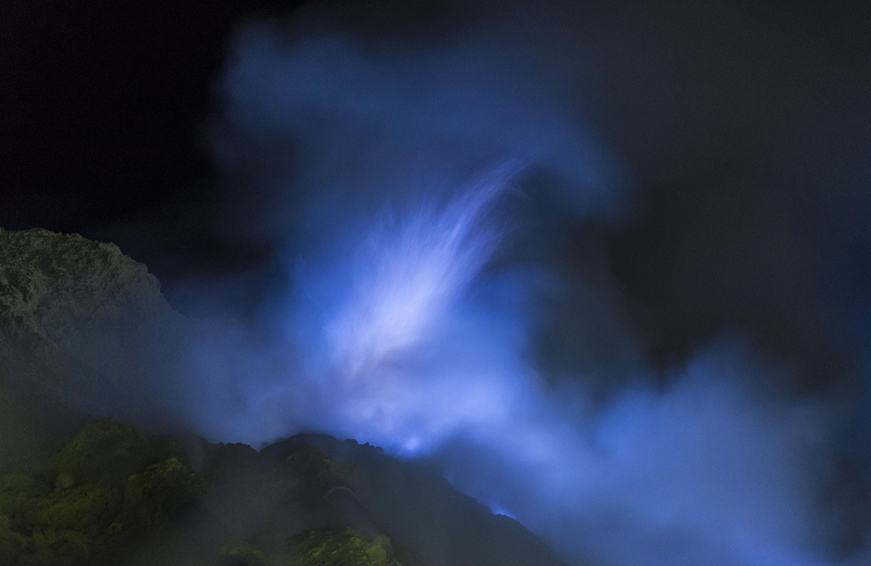 If you love taking in the wonders of nature, you should also check out these photos of California’s super bloom in the desert and the Southern Lights.