The Gulf of California is a 60,000 square miles of pure wanderlust. Home of the great white shark, the loggerhead turtle, and the majestic blue whale, the sea life alone is a reason enough to add the destination to your “GTFO” Pinterest board. Recently, a team of scientists studying hydrothermal vents and cold sleep environments stumbled upon stunning candy-colored mineral towers, measuring more than 75 feet high and 32 feet wide. 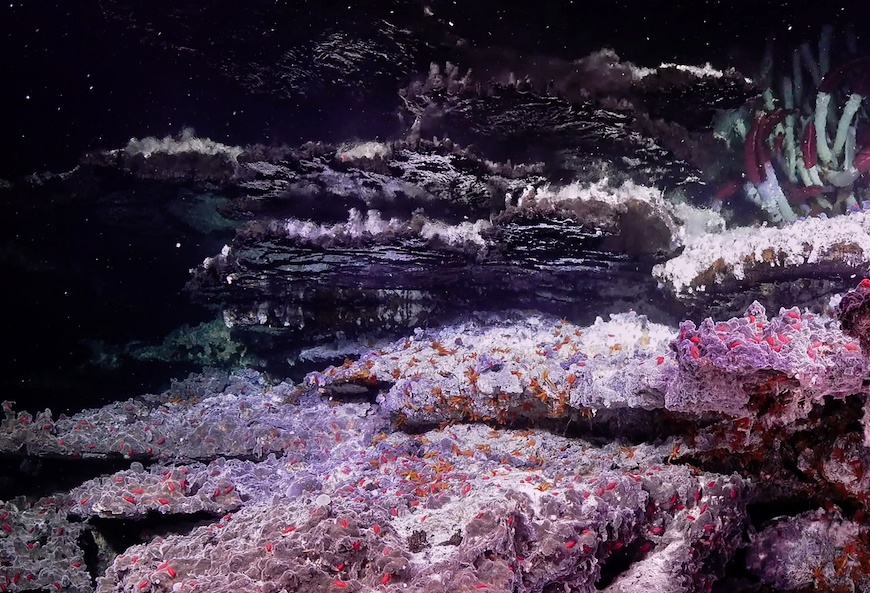 “We discovered remarkable towers where every surface was occupied by some type of life,” said Samantha Joye, PhD, the University of Georgia scientist whose team discovered the geological and biological wonders, in a press release. “The vibrant colors found on the ‘living rocks’ was striking, and reflects a diversity in biological composition as well as mineral distributions.” While exploring the otherworldly pillar, Dr. Joye’s teams took samples of gas plumes and hydrothermal fluids to take back to the lab for testing. (Standby for more potentially mind-blowing discoveries.) As you’ll see in the video below, the moment of discovery is breathtaking.

As if a monolithic rock formation the color of bubble gum isn’t enough, the hydrothermal fluids beneath the volcanic plates creates a mesmerizing illusion dubbed a “mirror pool.” When the fluid seeping out of hydrothermal vents gathers below each tier, it produces the chemical energy that makes the tower habitable for creatures like microbes and worms. 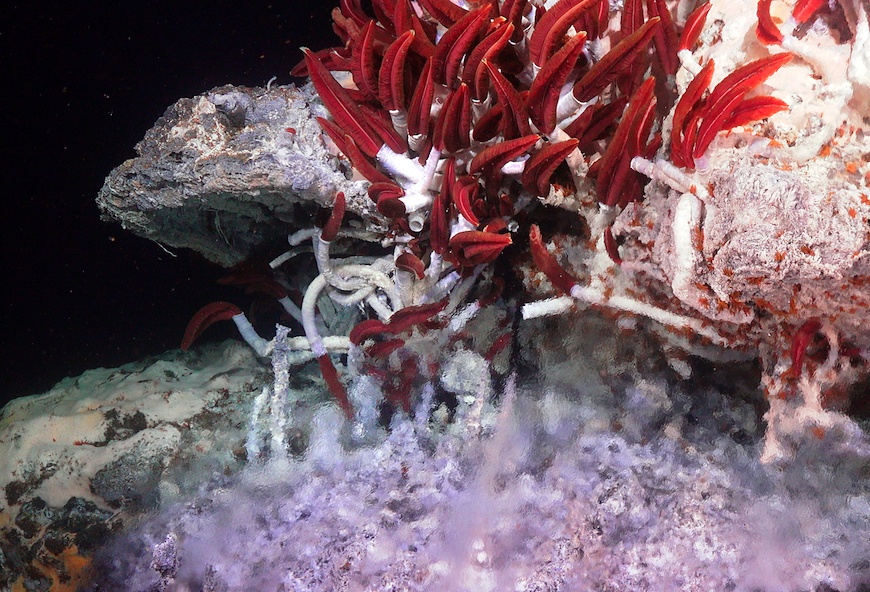 Sadly, the unusual formation in the Gulf of California isn’t immune to the plastic problem ravaging the world’s oceans. “Unfortunately, even in these remote and beautiful environments we saw copious amounts of trash including fishing nets, deflated Mylar balloons, and even a discarded Christmas trees. This provided a stark juxtaposition next to the spectacular mineral structures and biodiversity,” said Dr. Joye.

For more gorgeous visuals, check out this remarkable blue-fire volcano and Texas’ bluebonnets.