Help! My new S.O. hates that my ex is in my old photos on social media 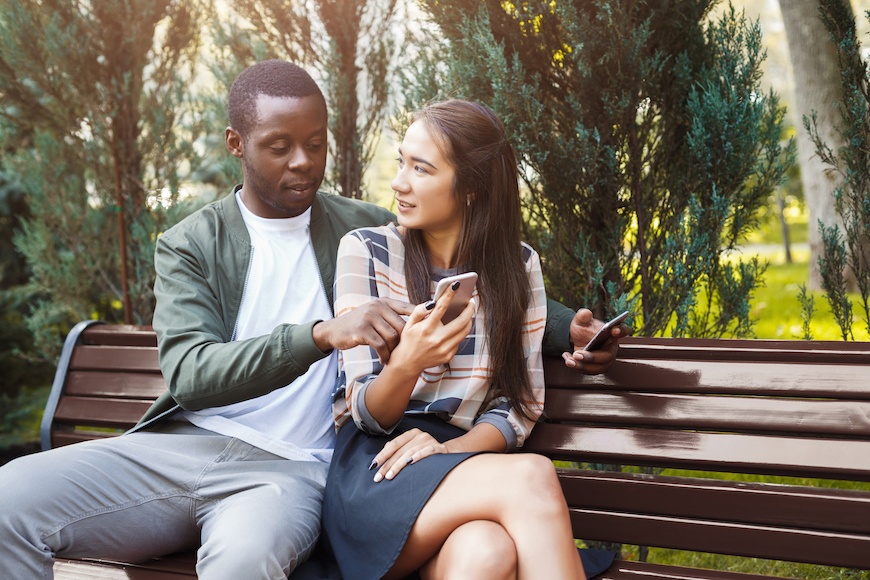 It’s stupid, but it happens: Your current main squeeze is jealous of an ex haunting your old Instagrams, and you refuse to go on a deleting spree. It’s a tale as old as, like, 2005, when you first put your fling in the number-one slot of your Myspace Top 8, probably never considering that doing so might not be well-received within the scope of your next relationship. But despite years spent dating in the digital age, many of us have yet to figure out how to be a regular, life-documenting human being on social media as one relationship gives way to another (and probably another and another).

The pressure to delete evidence of having a freaking past is a complicated thing to navigate, and unfortunately, there’s no one-size-fits-all solution. That said, there’s plenty to keep in mind, and one major point to make clear is that keeping an ex in your social-media presence almost certainly has nothing to do with your current partner.

Online dating expert Julie Spira points to a few reasons people tend to cling to old photos: “They’re part of their history, and just because the relationship ended doesn’t mean there weren’t happy memories.” Furthermore, they may not take the time or energy to digitally detox,” she says.

The reality is, we all—including your jealous partner—have a past, and that’s not something intended to be a personal offense.

I, for one, have never been an ex-eraser when it comes to social media because A. it’s petty, B. it’s effort, and C. I don’t feel like I should have to delete a genuinely happy Photo Booth memory from 2016. The reality is, we all—including your jealous partner—have a past, and that’s not something intended to be a personal offense. From there, open up a dialogue about how to proceed. “The most important part of a relationship is the ability to have excellent communication,” Spira says.

Context is also important for deciphering rational from irrational jealousy. For instance, by no means should you let Bumble Skylar, someone you’ve had two and a half dates with, bully you into parting with pictures of your former partner of five years if you want to keep ’em around. And even if you’re in a more serious union, pay mind to which photos your S.O. takes issue. Is it one where you’re tongue-down-the-throat entwined with your ex captioned “ur the only one for me baby #love”? Because, ew. Or, is it a picture from your birthday two years ago, where your ex is visible in the shot, because, well, you were still dating that year? No. Big. Deal. “If your partner is overly jealous of group photos, then they’re probably insecure about the relationship,” says Spira. Context, baby, context.

Let’s reverse roles and say you’re not into the fact that your partner has about 14 million pictures of their ex clogging up their Instagram feed. Before grabbing that red flag and running away with it as fast as possible, talk things out and let them know what makes you uncomfortable. “Ask them if they can change the privacy settings on the photos so they aren’t visible, or ask them to store the pictures in a folder on their phone or computer.”

Because sometimes people want to cling to remnants of past relationships for whatever reason—and that’s okay. In those situations, “out of sight, out of mind” really may do the trick.

ICYMI, this is why we’re so grossed out by social media PDA (but still swoon at rom-coms). And if you’re still unclear on what’s acceptable in a modern partnership, learn about the new rules of relationships.