We tried poaching eggs in the microwave and, uh, it could have gone worse 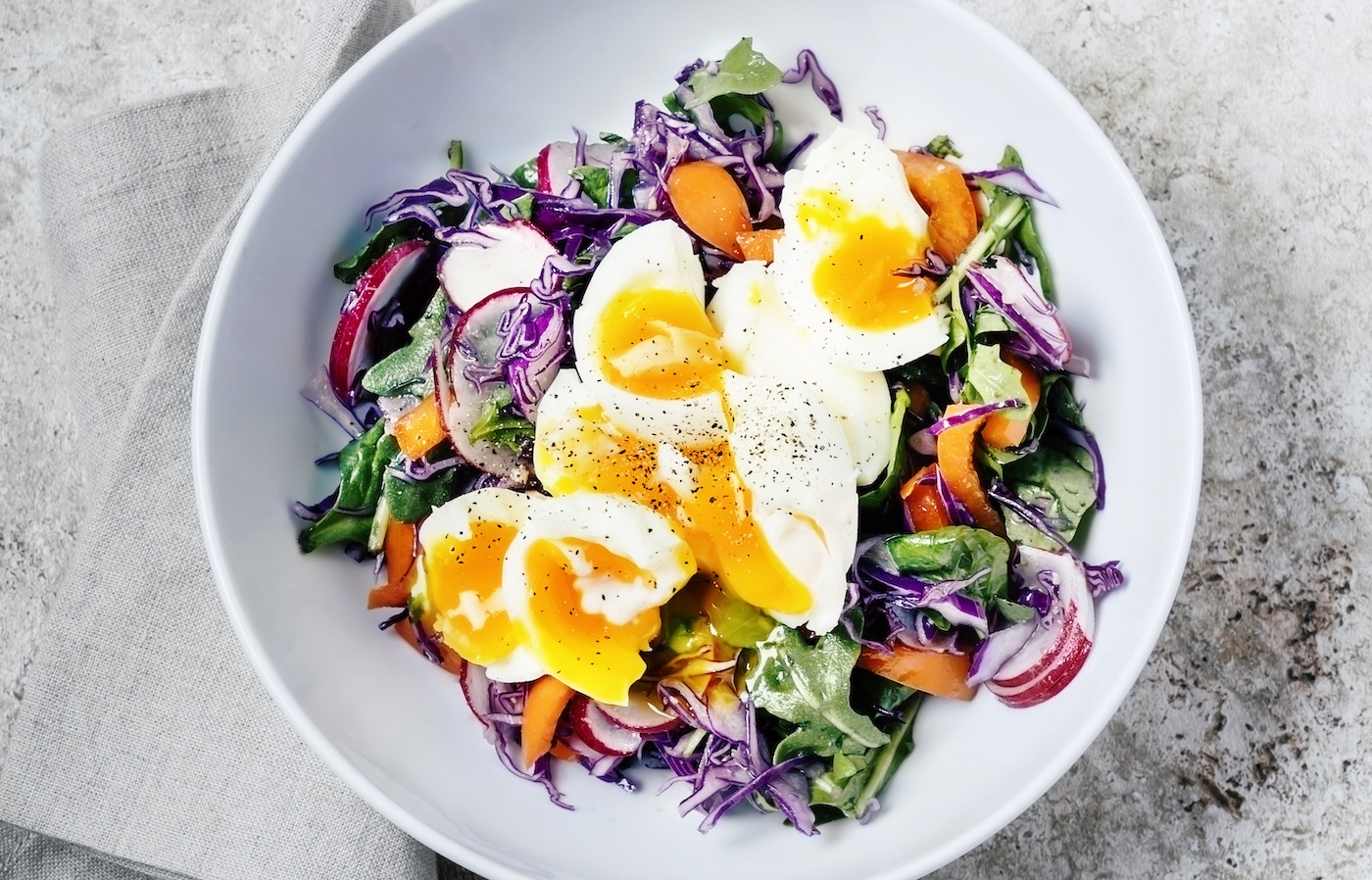 Today in who thought this was a good idea: My colleague and I decided to see if we could make brunch at work using just the microwave. By now, I would consider the two of us mavericks in the investigative food space. We’ve discovered the avocado shape that gives you the best bang for your buck and Nancy Drew’d our way to understanding why mouthfeel is so important. And today, we learned how to cook eggs in the microwave (with only one minor eggsplosion!).

For those of you out there thinking But why?! I have a question for you: Why not? Say you want to add a sunny-side egg to your salad at work, whip up a protein-packed brekky from the comfort of your hotel room, or just to be able to say, “Oh, these eggs? I microwaved them.” Casual. Plus, learning how to cook eggs in the microwave is the difference between having a meal on the table in 10 minutes and 40 seconds.

Using Chowhound’s guide to nuking eggs, we made our way to the kitchen with a newly-purchased dozen. Then, we pulled out plates and caused a veritable traffic jam in the kitchen as we tried to both fry and poach eggs in the microwave. Twelve eggs later, we’d gone on a true adventure. My coworker had a little yolk caught in his beard, the kitchen looked like a Easter-themed crime scene, and—yeah—we’d both eaten too, too many eggs.

Wondering how to cook eggs in the microwave? Here are some “best” practices, according to two people with extremely limited experience.

We start by grabbing a normal-sized plate and coating it with a thin layer of olive oil. I crack the raw egg directly onto the plate and gently pierce the yolk with the tip of a knife as instructed (a most crucial step). We cook the egg on high for 45 seconds, pacing nervously, before removing our experiment from the microwave to discover that the whites are still very much raw.

After zapping it for another 15 seconds, we end up with something that resembles a sunny-side up egg. Unfortunately, the yolk is, like, really overcooked. If it were a steak and this were a restaurant, you’d send it back. I hesitantly cut the portion in half, sprinkle on the salt and pepper, and give it a try. And, fam, it’s not bad! It’s exactly the kind of egg you’d expect to be served on a transcontinental flight or by a small child learning how to use the stovetop for the first time.

Because we both strive for perfection, though, we make a few more attempts (using a much smaller plate) to see if we can coax the egg into achieving a runny, rich yolk. And even though we failed in the next few attempts, we did have more success when we rewinded the video and realized we were supposed to pre-heat the plate for two minutes before adding the oil or butter and egg. The texture of the whites is indistinguishable from a fried egg (though it lacks the crispy lace along the edges).

Poaching is the gold standard of egg preparation. It’s hoity-toity reputation always means it’s $2 extra on the breakfast menu. So if we pulled off cooking style using just the microwave, we would basically be the Robin Hoods of haute cuisine. I’m happy to report it only took us two tries to achieve the soft yolk you so often see cascading off the side of avocado toast or resting atop a heavenly batch of shakshuka.

I fill a microwave-safe glass bowl half way with water, crack one of our potential victors directly inside, and cover the bowl with the plate. Microwave on high for 75 seconds ends up being a bit too long. The egg’s insides are chalky and not that enjoyable, so I try again, cooking the egg for just 65 seconds. As I lift the egg gently from its water bath, I can see that it’s going to turn out as well as expected. The yolk is pleasantly runny and most of the white is firmer than you might expect from a professional chef, but it’s really not bad for an easy microwave job.

The outcome was incredible yet edible. I’m proud of the work we’ve done.

Egg cookers are also a revelation. Here’s why they’re so amazing. Oh, and ICYMI, egg salad is cool again.