Pull those shoulders back, STAT: Your alignment affects a whole lot more than your posture 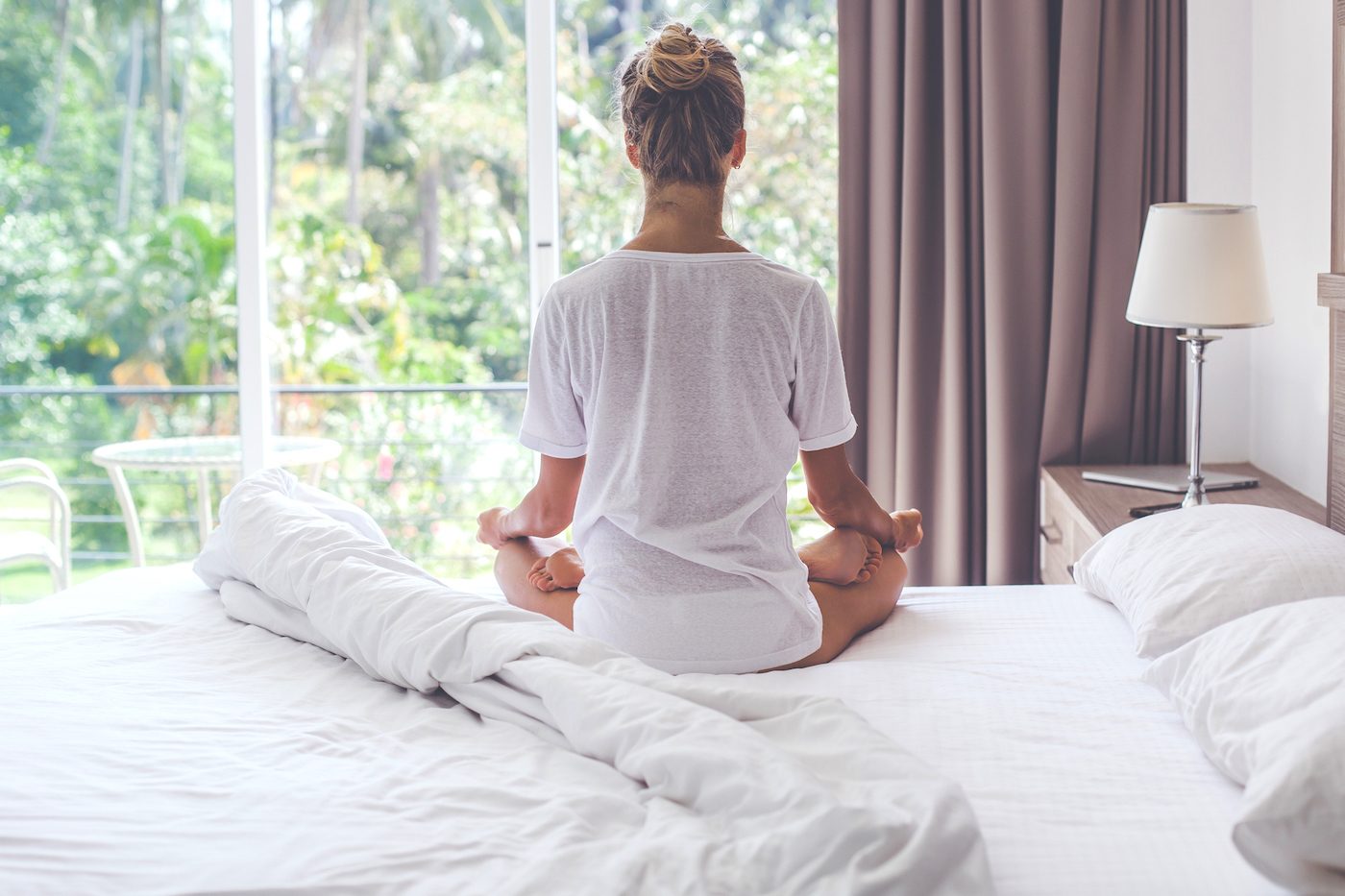 I’ll never forget the day in 9th grade theater class when my teacher called me out in front of everyone to point out that my head juts forward. “You should straighten your neck,” she said, as I immediately straightened up (… and teared up, feeling absolutely mortified).

Ever since that moment, it’s stuck with me that your head should be sitting straight on your spine via your neck—not jutting out forward or backwards. It’s easier said than done—as I, apparently, know firsthand—but I spoke with a physical therapist and yoga pro who explained to me why neck alignment is absolutely crucial.

“The reason is because the entire cervical spine is lined up with natural curves—one vertebral body sits on top of the other as an amazing structural machine,” says Lara Heimann. “It’s stacked in these columns that line up to be able to support the vertebrae above and below. Each area of the spine has a different function to it. The cervical spine’s big function is to be mobile so we can look all around us.”

According to Heimann, your body is inherently unstable, which is what makes this supportive column so important.  “On top of the cervical spine you have this large object—your skull—that can be anywhere from 12 to 15 pounds,” she says. “And the skull is sitting on the first cervical vertebrae called C1 or the atlas. It’s like the mythology of holding the globe—there it needs to be sitting in a way where it’s balanced and well-supported so that it’s not tipping one way or the other.”

“It’s like the mythology of holding the globe—there it needs to be sitting in a way where it’s balanced and well-supported so that it’s not tipping one way or the other.” —Lara Heimann

If it does tip so that it’s off of its proverbial axis, you’re susceptible to bounds of issues. “When you tip off of the structure of this column, you’re immediately putting more demand on the other structures to hold that head in place,” says Heimann. “The suboccipital muscles in the neck, right underneath your skull, come in to help and become really tight, and it can become so constricted that it’s restricting good circulation and blood flow.” Yeah—pretty important. This scenario has become even more common in modern times where our “habitual stance” involves tilting our heads forward (hiya, cellphones and laptops). And to top it all off,  Heimann says that this restriction and tension can lead to headaches.

Also, improper neck placement messes up your posture, which can cause a domino effect of consequences. “When your head is forward, it’s going to pull your shoulders forward and it changes your entire posture,” she says. “And your core muscles are just kind of blah—they turn right off. You’re losing core strength integration and then that’ll affect your breathing if your head’s not back, because you’re rounding forward which affects your breathing capacity.” This, she notes, leads to a host of stuff like digestion issues and so on. Then there are negative neurophysiological effects: “They’ve shown that when you actually stand up straight, you feel differently—more confident, less stressed,” says Heimann. “When you’re rounded, it does the opposite of that—you can’t breathe as well, and you’re put into more of a stress mode with less energy.”

To get things back into alignment for the sake of your neck (and your head, and your entire body), do Heimann’s triple S-move. “Sit into wall where you feel the sacrum, the back of your skull, and your scapula (shoulder blades) touching the wall,” she says. “Press into the wall—those are what are known as the primary curves. People have a really hard time with it, it feels really strange—but you need the feedback [from the wall] so you can feel where your head needs to be on the atlas.” She says you can also do this on the floor, with your knees bent. “Try to get the back of the skull down without tipping your chin,” she says.

Once you know what proper neck alignment feels like, it becomes all about awareness and training yourself to get it right. “It’s not about putting your chin forward or your head forward,” says Heimann. “Just always think, ‘Is my skull balanced on that atlas.’ It’s somewhat similar to a golf ball being balanced on a tee—but ours is a much larger ball and a more shallow surfaced tee, so it really needs to be centered.” Excuse me while I put a sticky note on my desk that says: “Keep your neck straight!”

On a related note, here’s how to stretch your neck so you have better control over it. And these are core exercise stretches that help with back pain.