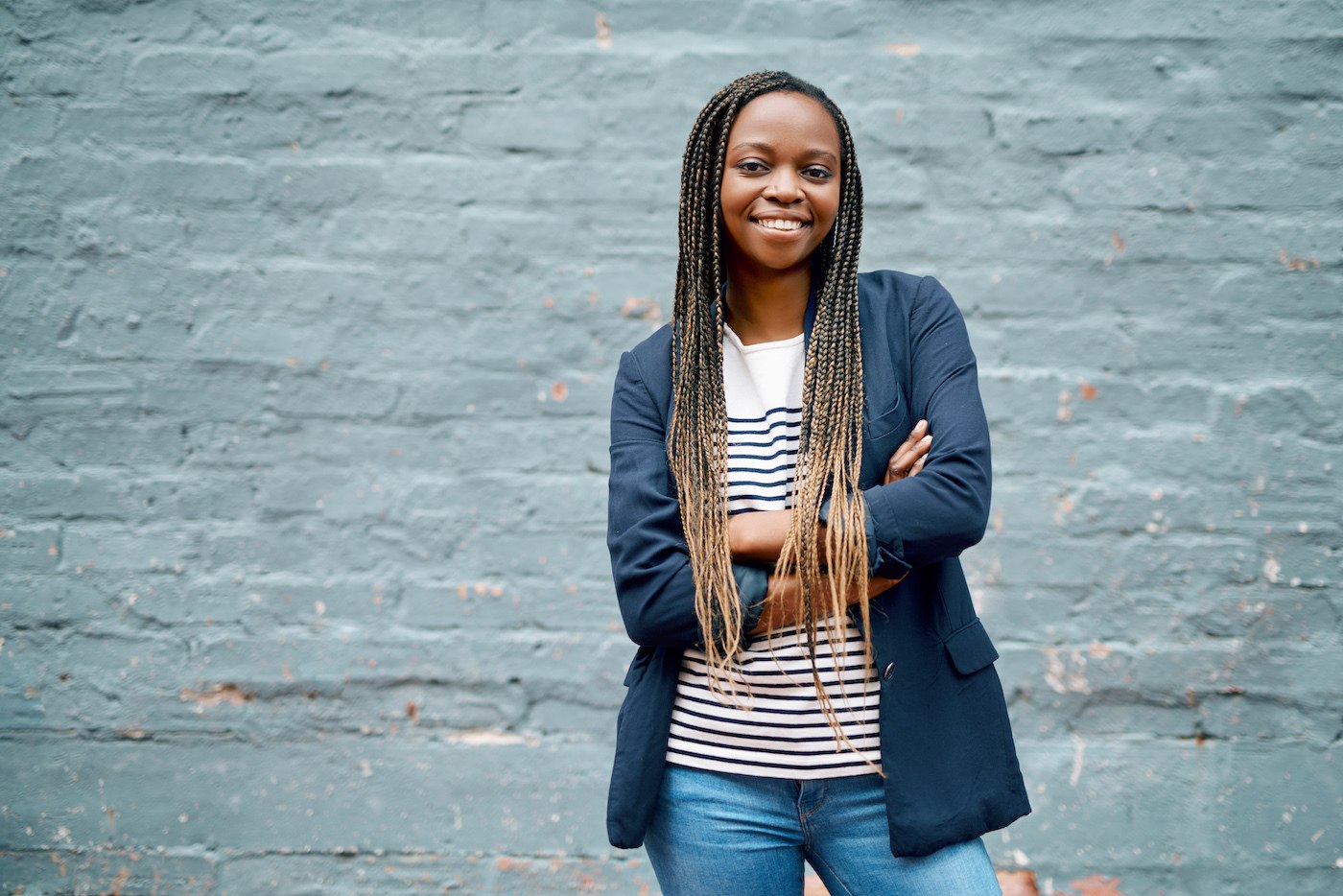 It’s still wild to me that so much of what we communicate doesn’t actually happen through the spoken word. We can flirt, express our inner-turmoil, and even sabotage a perfectly good date with just the wrong movement. But when it comes to the most notorious body language clue—assuming an arms crossed position—a body language expert says we’ve all been dead wrong in our interpretation.

Forming an “X” with your two arms is usually seen as stand-offish, angry, cold, or socially anxious. Body-language expert Patti Wood tells me that, in reality, there at 50 (50!!!) different ways people cross their arms—and not every single one deserves a please-don’t-make-eye-contact-with-me reputation.

“The majority of [arms crossed positions] are motivated by an individual’s desire to shut down and/or shut out,” she says. But it’s not true for every variation. “The biggest mistake people make is assuming that all arm crosses are signaling that the person wants to shut you out.” Really, the person may be giving themselves a hug as a way to mollify themselves when many environmental stimuli (like music, lights, passing ambulances, etcetera) are grabbing for their attention at once.

Former FBI agent and body language expert Joe Navarro agrees with Wood. “There’s a lot of myths out there,” he tells Wired in a YouTube video. “The one that stands out is, if you cross you arms, that it’s a blocking behavior. That’s just nonsense. Even when you dislike the person in front of you, this isn’t to block them out. It’s actually to self-soothe. In essence, it’s a self-hug.” He also notes that the position is more common in pubic than in private. (If you’re on team JOMO > FOMO, I needn’t explain why.)

Finally, Wood notes that an arms crossed position serves to help people give their undivided attention to the person attempting to make small talk with them. “So, for example, people with attention deficit disorder often cross their arms not shut out the person you’re talking to, but instead shut out other external environmental cues that are overwhelming them so they can focus and actually listen to the person right in front of them,” she explains.

Sounds like the arms crossed gesture needs a new PR team and a rebrand.

If you’re wondering what body language clues indicate that a person is less than pleased with you, here are a few. Plus, how to tell if someone’s super stressed without asking, “How are you?”