How to eat fresh (and healthy) at Subway, according to a dietitian 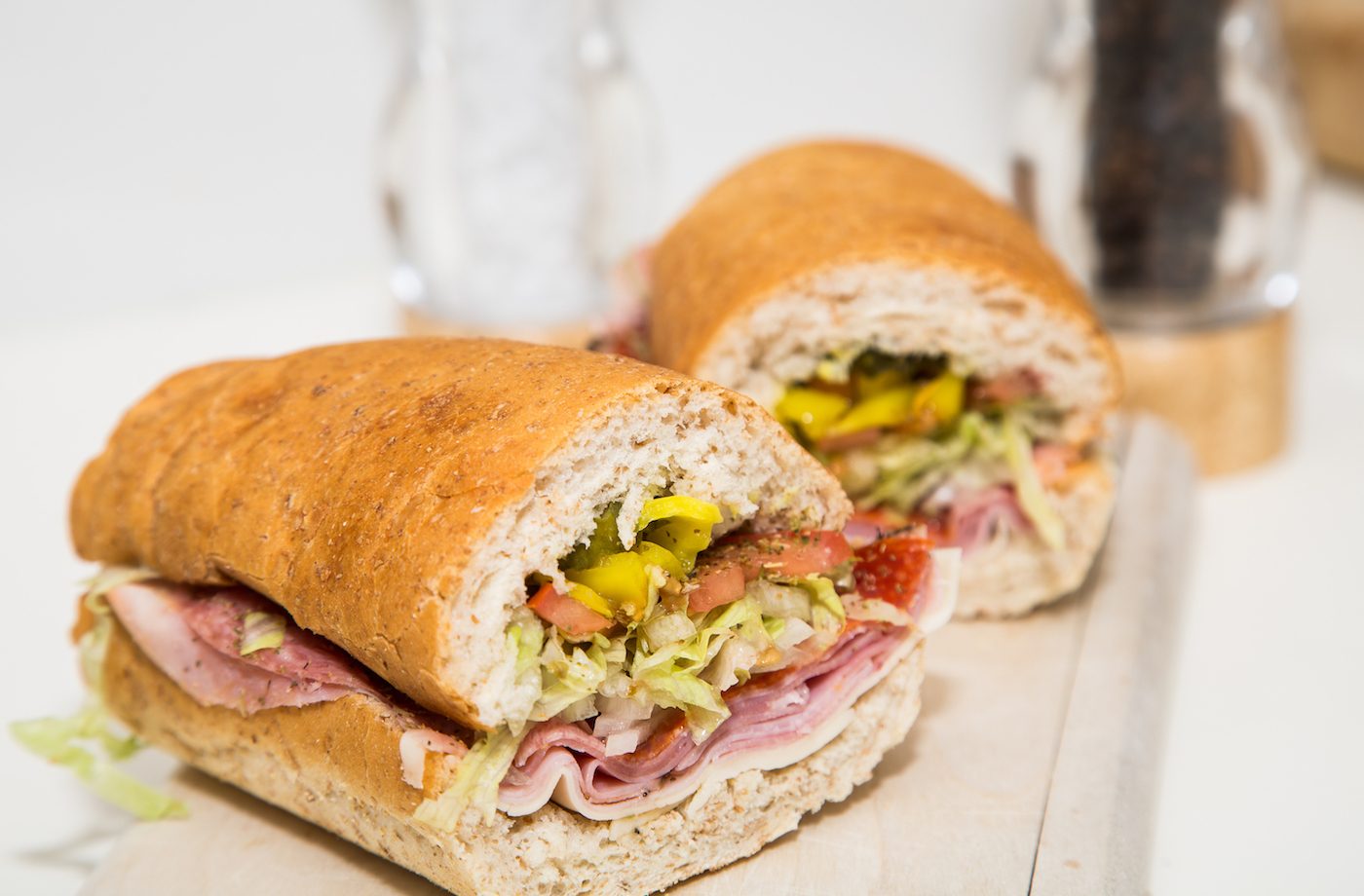 With its distinct, bread smell wafting down the street, you know you’re near a Subway before you even see it. And you’re probably never that far from one either—the fast food sub chain has more than 40,000 locations, which is even more than McDonald’s. (Let that sink in for a sec.)

Because the whole point of Subway is to customize your sub, it’s pretty easy to stick to the healthy eating plan of your choice when you visit—even if you’re vegetarian, on the Mediterranean diet, or a fan of Paleo. Want proof? Registered dietitian Kim Melton, RD shares her top Subway healthy options for each of the three aforementioned eating plans. Even if you don’t stick to a specific diet, her insight is there to provide a little guidance when ordering. Keep reading for all the intel.

What an RD says: Subway has a whole salad menu, but this is the only vegetarian and vegan-friendly option. While it’s full of great veggies like lettuce, cucumbers, olives, onion, and tomato, Melton points out that it’s lacking in protein. “If you’re a vegetarian who eats eggs and cheese, I recommend adding that,” she says. You can also get the same exact meal in sub form (the six-inch size), and if you do so, Melton says to opt for whole grain bread, which she says is high in fiber and will be the most satiating.

Order tweak: If you’re adding dressing to your salad or sub, Melton’s expert tip is to stick with oil and vinegar over the more creamy dressings, which she says are often full of saturated fat and sugar.

Side dish recommendations: As far as sides go, Subway offers the option of cookies, a bag of chips, or applesauce. You can guess which one Melton recommends, right? Yep, the applesauce. The one on the menu doesn’t have any added sugar; the only ingredients are apples and ascorbic acid (vitamin C).

What an RD says: The Mediterranean diet favors fish over meat, and Melton says making tuna the main protein in your meal works perfectly for this eating plan. “The tuna salad is basically tuna and a bunch of veggies, so it’s a great option,” she says. If you’re more in the mood for a sandwich, Melton says the six-inch sub (with whole grain bread) or the wrap are both good options. “The wrap is going to have less calories, but the whole grain bread has more fiber, so I wouldn’t say one is better than the other; it depends on what your health goals are,” she says.

Side dish recommendations: The applesauce comes out on top again over the cookies and chips. No surprise here!

What an RD says: The Paleo diet excludes grains and and flour, which means both the subs and wraps are out for Paleo eaters. The best pick in Melton’s opinion is the oven-roasted chicken salad, which has proteins and lots of fiber-rich veggies. “The Paleo diet doesn’t allow for anything processed, which all the meats at Subway are, but the chicken is going to be a little less processed than the ham, cold cuts, or spicy Italian sausage, making it the best option,” she says. Melton also says the tuna salad is another healthy pick, with the fish being a bit less processed than the meats.

Order tweak: You’ll probably want to skip the dressing. Most have ingredients like soybean oil or preservatives that aren’t part of the Paleo way of eating. Even the oil and vinegar are out, since the plain oil they use is canola oil.

Side dish recommendations: You can guess what Melton’s pick is here, right? Yep, it’s the applesauce.

In general, Melton says it’s absolutely possible to eat healthy at Subway, and regardless of the eating plan you follow, her top overall pick is the tuna salad or sandwich. “It works for Mediterranean, Paleo, keto…just about everyone!” she says.

Here’s how to eat healthy while you’re on the road or at the airport.