The ultimate playlist for getting over your breakup and moving on 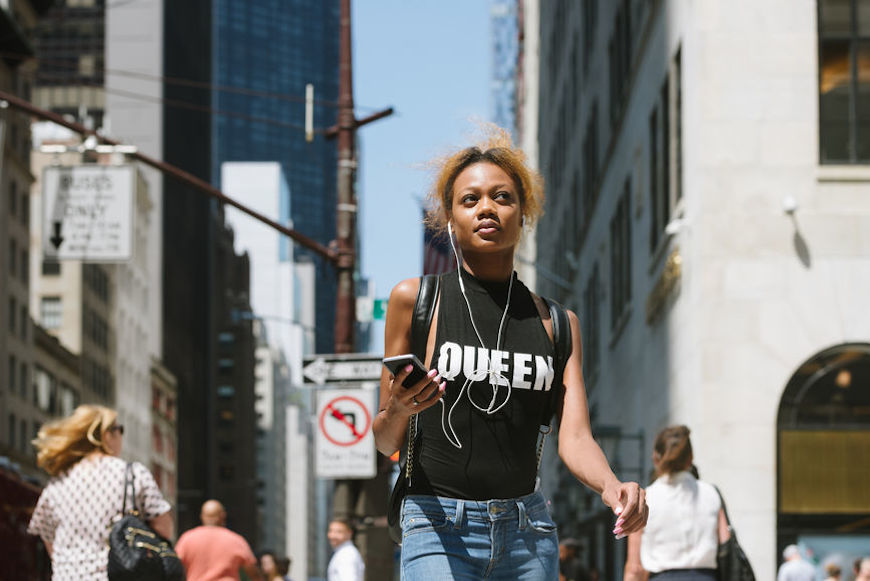 When it comes to painful experiences, going through a breakup is right up there with getting a face tattoo. Unless you’re in the lucky camp where it ended on swell terms and no one got hurt (the unicorn of splits), it’s perfectly normal to want to hide out underneath your blankets with a tub of Ben & Jerry’s melting on your nightstand.

Moving on from a breakup is hard—really, really hard—and can take time, but music can be a crutch that helps prop you up while you heal. “Music affects the limbic system of the brain, a mid-brain interior section that responds emotionally,” says relationship therapist Tammy Nelson, Ph.D. “When we listen to music the limbic system reacts with chills, excitement, joy, sadness, and anger.”

With that in mind, listening to empowering, uplifting songs can help boost your mood. Dr. Nelson explains that the amygdala (a part of the limbic system inside your brain that controls memories and emotion) is connected to trauma, and when we listen to music, feelings connected to trauma can be quieted. “Music literally controls our brain and our memories,” Dr. Nelson says. “We can heal our emotions with the right songs.” Her Rx for anyone going through a breakup right now: Lizzo’s new album, Cuz I Love You. “It’s a journey of her own sexual empowerment and her psychotherapy and how she heals from her body image issues and owns her sexual power,” Dr. Nelson says. “It’s an album worth blasting.”

So are all the songs about moving on listed below, which will help break through all that post-relationship trauma and make you feel empowered. Get ready to rock out—and move on.

This song is a great reminder that as painful as moving on is, you deserve better than being treated poorly or being in the wrong relationship. And before you know it, it won’t hurt like it used to.

This song will make you feel like a badass—even if you’re not there yet. Sample lyrics: “Don’t need your love”/”‘Cause I already cried enough”/”I’ve been done”/”I’ve been movin’ on since we said goodbye.”

Girl, YES. It is time for something different. With lyrics like: “I ain’t thinking ’bout you anymore”/”What if you did the same and just let go?”/”Don’t care about you, now I don’t”/”‘Cause I know that my feelings are long gone,” it will help transform your mindset into Miss Independent status.

You knew there would be some Beyoncé on here, right? Not only does this song—and the whole Lemonade album, really—serve as a reminder that everyone experiences heartache (even Beyoncé), when it happens, it’s their loss, not yours. Repeat after me: “I’m the dragon breathing fire”/”Beautiful mane, I’m the lion.”

If you’re feeling some post-breakup guilt about hurting your partner, this song can help you move past it. Sometimes relationships just aren’t built to last and letting go is what’s best—for everyone involved.

7. “We Are Never Getting Back Together” — Taylor Swift

You know what’s healthier than an on-and-off again relationship? Admitting when a relationship is over—for good. It’s only then that you can actually truly start moving on.

The first words of this song can set the tone for how you’re going to live the rest of your day: “I’m breaking down, gonna start from scratch”/”Shake it off like an Etch-A-Sketch”/”My lips are saying goodbye”/”My eyes are finally dry.” Repeat as needed.

A little cheesy? Maybe. Effective? Abso-freaking-lutely. This oldie-but-goodie is a solid reminder that no matter how down and out you feel, you’ll make it through. So hey, you might as well dance your way through it, right?

Thank U, Ariana, for the reminder that downright tragic endings can make you stronger. For an extra mood lift, watch the music video to this gratifying breakup song.

Here’s how going through a breakup can actually give you power. Plus, tips on handling a breakup from a casual relationship, because that sh*t still hurts.