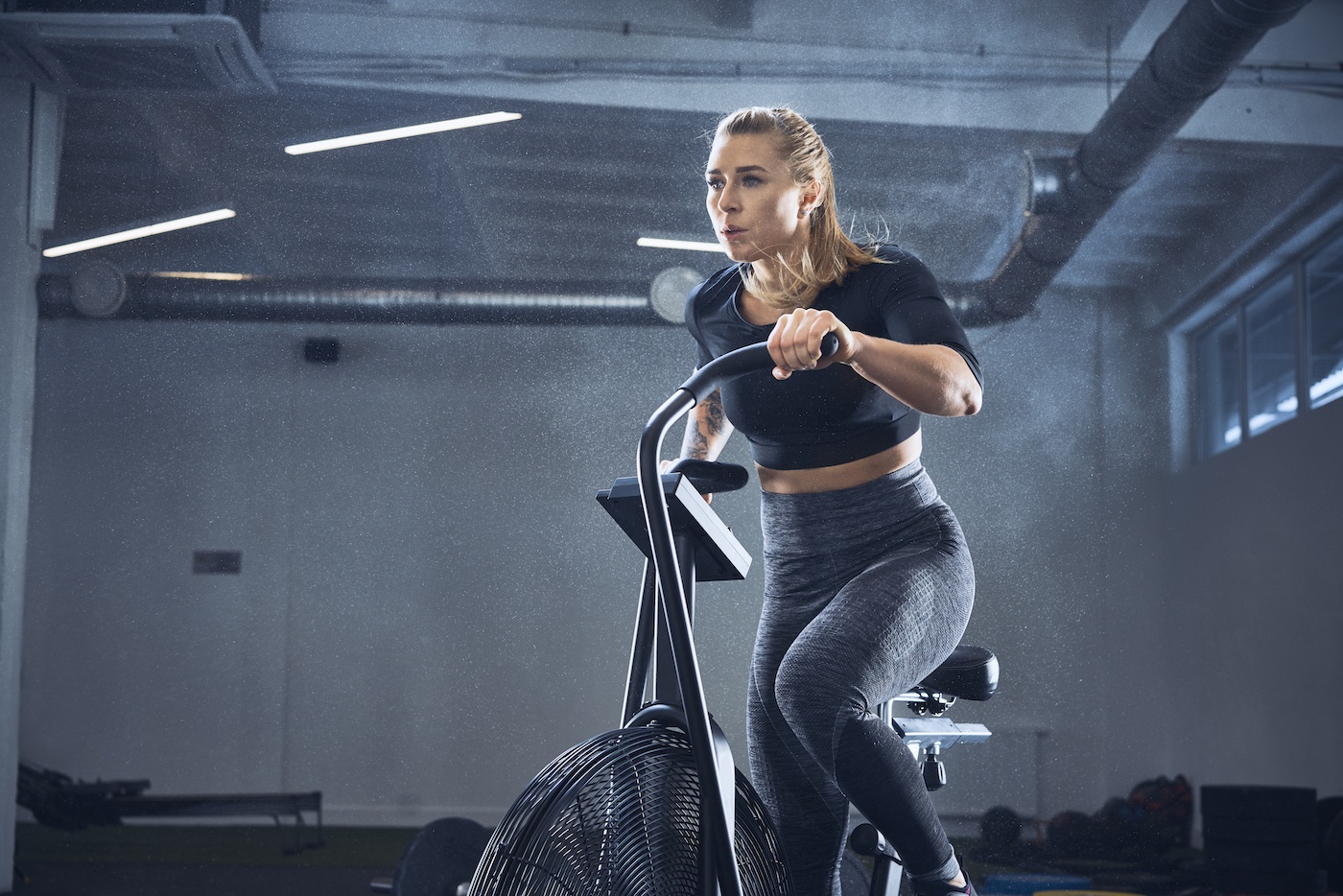 Ah, the assault bike. It’s one of those pieces of equipment, like the Bosu ball and the battle ropes, that just kind of hangs out in the corner of the gym with nobody on it. It’s like the workout machine equivalent of the smelly kid no one wanted to sit next to at lunch during middle school. It’s hard, sure, but it’s also just… boring. And with so many other more fun options on the floor (looking at you, ski erg!), it’s no wonder that the assault bike has kind of fallen by the wayside. To be honest, every time I see it, all I can think is that it should go back to 1986 where it belongs and make way for something more interesting.

But as I recently learned, everyone’s least favorite piece of equipment can actually be a full-body burning powerhouse… as long as it’s used the right way. “I love the assault bike for so many reasons—just the name alone scares people, but I view it as challenge,” trainer Jay Mark of FitHouse tells me. He was actually the one who first introduced me to the machine during a HIIT class at FitHouse and opened my eyes (and blood vessels) to just how effective an assault bike workout can be. The bike has a sort of built-in Tabata of 20:10, which means you pedal (aka werk) for 20 seconds, then rest for 10. “It’s great for conditioning purposes,” says Mark. “For anyone doing it on their own, I recommended the Tabata process—it really gets the heart rate up before, during, or after any work. It’s a big caloric burner.”

One way to make this process slightly less boring—while (unfortunately) maintaining the same level of challenge—you can try mixing it up the way Mark taught me to during our HIIT class, using three one-minute intervals with 30 seconds of rest in between each.

Not only will this series get your heart absolutely pumping, but it’s got another important benefit, too. “The hands, feet and all together combo, is a mixed martial art circuit we do after hard strength training or any workout, just for to push pat all that lactic acid build up in our body after training,” says Mark. See? The assault bike isn’t worth being afraid of, after all.

If you’re looking for at-home HIIT workout, try this six-minute torcher from our Trainer of the Month Club. But be sure you’re listening to these HIIT recovery tips so you can keep going.