Don’t like your horoscope? Give Vedic astrology a spin 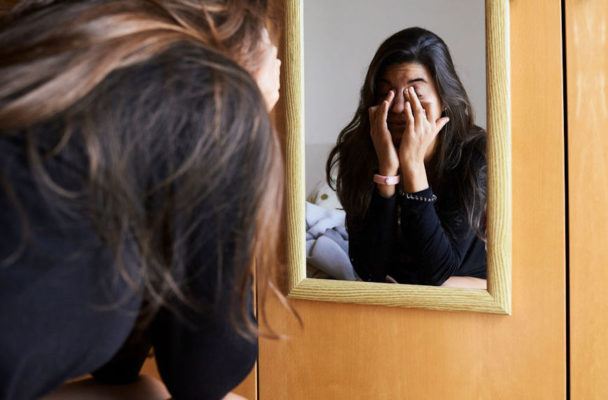 So I’m deep into my Pattie Boyd memoir, and here’s a fun fact about George Harrison that even your hippie sophomore year English teacher doesn’t know: When planning The Concert for Bangladesh, Harrison consulted with an Indian astrologer to figure out the most fortuitous day for a show. This didn’t initially surprise me since Harrison had well-documented interest in Eastern mysticism. Like, India was his Beatles. But upon a double take, I learned that the Hindu take on astrology, Vedic astrology, is actually a slightly different spin on the zodiac wheel.

Vedic astrology also goes by the name “Jyotisha,” derived from the Sanskrit word “Jyoti,” which means light. Jyotisha, as such, is supposed to be a way to illuminate your life’s path by providing insight on the past and present while informing us about the person we’re supposed to be. Vedic astrology is a little more future-focused than the in-the-moment Western astrology, and knowing your Vedic astrology birth chart can give us a sort of “blueprint” of what choices we’ll take in life.

“It does tend to highlight the energies that are at work in one’s life and what is unfolding based on the static potential of the chart,” explains Vedic astrologer Tracy Atkinson. “However, we do also take into account the personality of the person, as that dictates how they will navigate life and how resilient the person is emotionally, physically and spiritually.”

Another big distinction between Western and Eastern astrology is that the latter examines certain unions of planets.

“We also use yogas, which are planetary combinations in the chart that indicate wealth, strength, ability to manifest and give rise, an interest in learning and the arts, and so on.” Atkinson says. “For example, Venus, Mercury and Jupiter in an angle, trine, or the second house is called a Saraswati yoga and indicates a person who will be well educated possibly interested in the arts.”

But the biggest switch up is that Vedic astrology uses the Sidereal zodiac, which is shifted a few degrees off from the Western zodiac. How? Why?

When these concepts of astrology were established thousands of years ago, there was a global consensus of where the constellations, and therefore the signs, fell in the same spot. But the Earth is on a slightly skewed axis, and so that placement has side-stepped by an approximate 24 degrees over time. And, uh, 24 degrees is a pretty big discrepancy. Vedic astrology uses the fixed map and accounts for the differences mathematically, while the Western astrology is a moving zodiac. Tl;dr, the Earth’s axis shifted the astrological chart by almost a full sign, which is why Western astrology and Vedic astrology are different.

As such, the Vedict astrology signs and their Sanskrit names are…

That might mean that I am [tilts head at screen] maybe not a Taurus? I’m not even a little bit of a Taurus, since birthday lands me firmly in Aries Town, which I do not super love. But plugging in my birth coordinates in a calculator gives me an interesting read on myself; it says I favor “fancy aggressive romantic ideas” and seek a “fine blend of modernity & tradition” in relationships, which is dead accurate. As for fortune, the first 32 years of my life might be unremarkable, but I’m REALLY gonna hit my stride at 38. So, uh…

There are a lot of nuances and facets to Vedic astrology and like my feelings on Butterfingers and Taylor Swift: it’s complicated. But it’s definitely worth exploring if you feel like your horoscope doesn’t know what it’s talking about… or need to know the most prosperous day for your next big event.

Need an astrology reading ASAP? There’s an app for that. And we’ve got another explanation for why you may not identify with your zodiac sign.