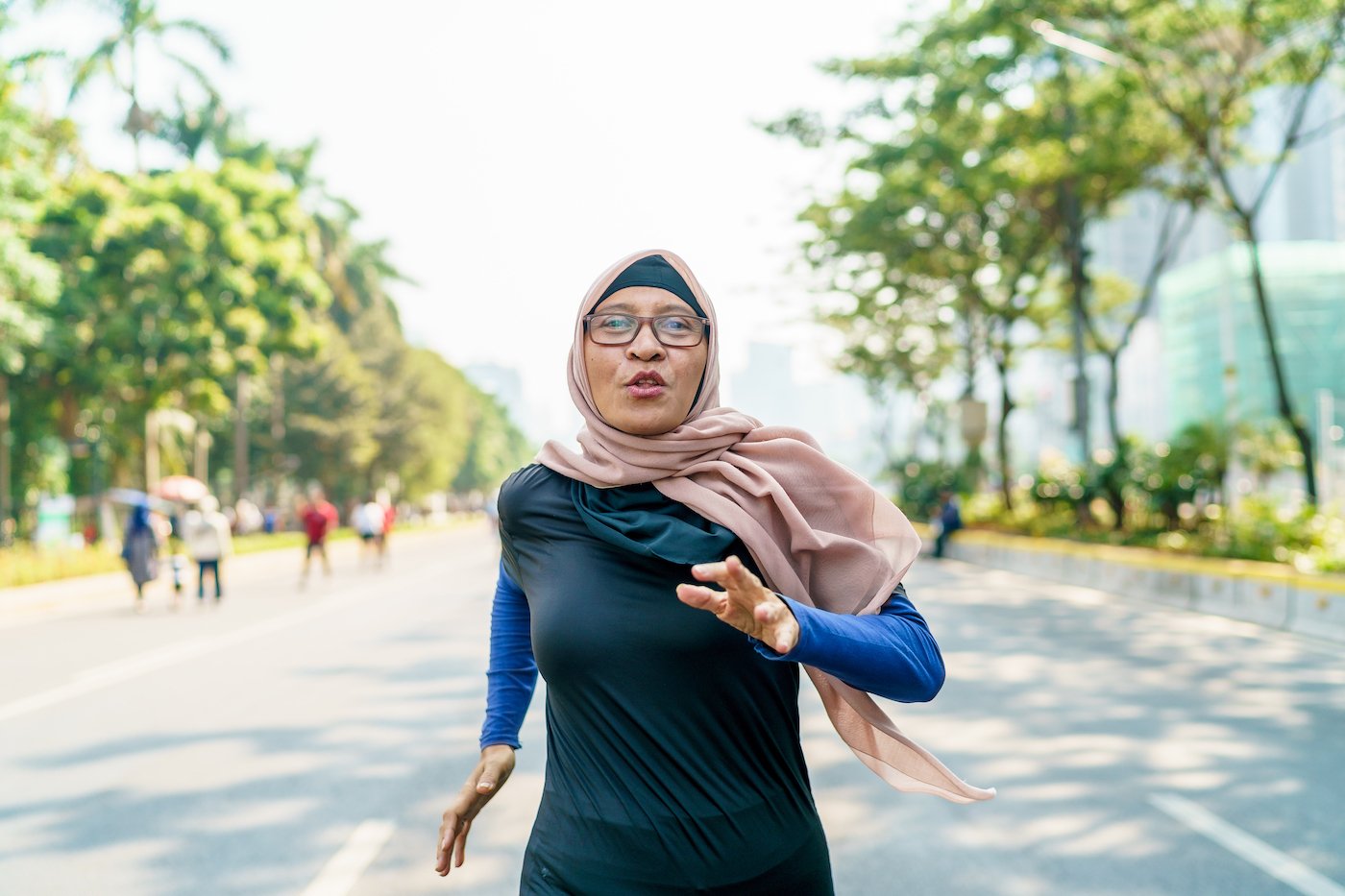 Last Saturday, I had a stars-are-aligned kind of sweat session. My four-mile run felt like a walk the park, I swung the gym’s kettlebells around with ease, and I even opted for a bonus round (handstand play!) when the other items on my training plan had been checked off. It was glorious. But the very next day when I tried to replicate my euphoria, I found that I’d totally lost my mojo! It got me thinking: Why does exercising make you feel like Superwoman sometimes, and like a bag of lead at others? The workout “Rule of 5” explains the phenomena pretty darn well.

According to coach Dan John, a lifter and thrower who once competed at the Olympic level, your workouts can be broken down as follows: “In a group of five workouts, I tend to have one great workout: the kind of workout that makes me think that in just a few weeks I could be an Olympic champion and Mr. Olympia. Then, I have one workout that’s so awful that the mere fact I continue to exist as a somewhat higher form of life is a miracle. Then, the other three workouts are the ‘punch the clock’ workouts: I go in, work out, and walk out. Most people experience this,” he writes in a post for T Nation.

“Now, in 100 workouts, I’ll have twenty great workouts. Of that twenty, a couple will be flat out amazing.” —Dan John, lifting and throwing coach

Upon reading his words, I felt my shoulders relax. Because, hey! We all have a tendency to treat our workouts like each and every one has to be the pièce de résistance of our gym careers. We forget that showing up for ourselves—come rain, shine, or a shitty spin class—is the name of the game whether we’re working out or chilling out.

That’s probably why John recommends considering the long game. “Now, in 100 workouts, I’ll have twenty great workouts. Of that 20, a couple will be flat out amazing,” he concludes. Now, if that’s not a track record worthy of bragging rights, I don’t know what is.

Feeling inspired to sweat? Try this 6-minute workout that uses dumbbells in an unexpected way, or try an on-demand workout subscription that will cost you less than a rainbow sandwich.