I’m 32 and not ready for kids, so I froze my eggs—here’s what it was like 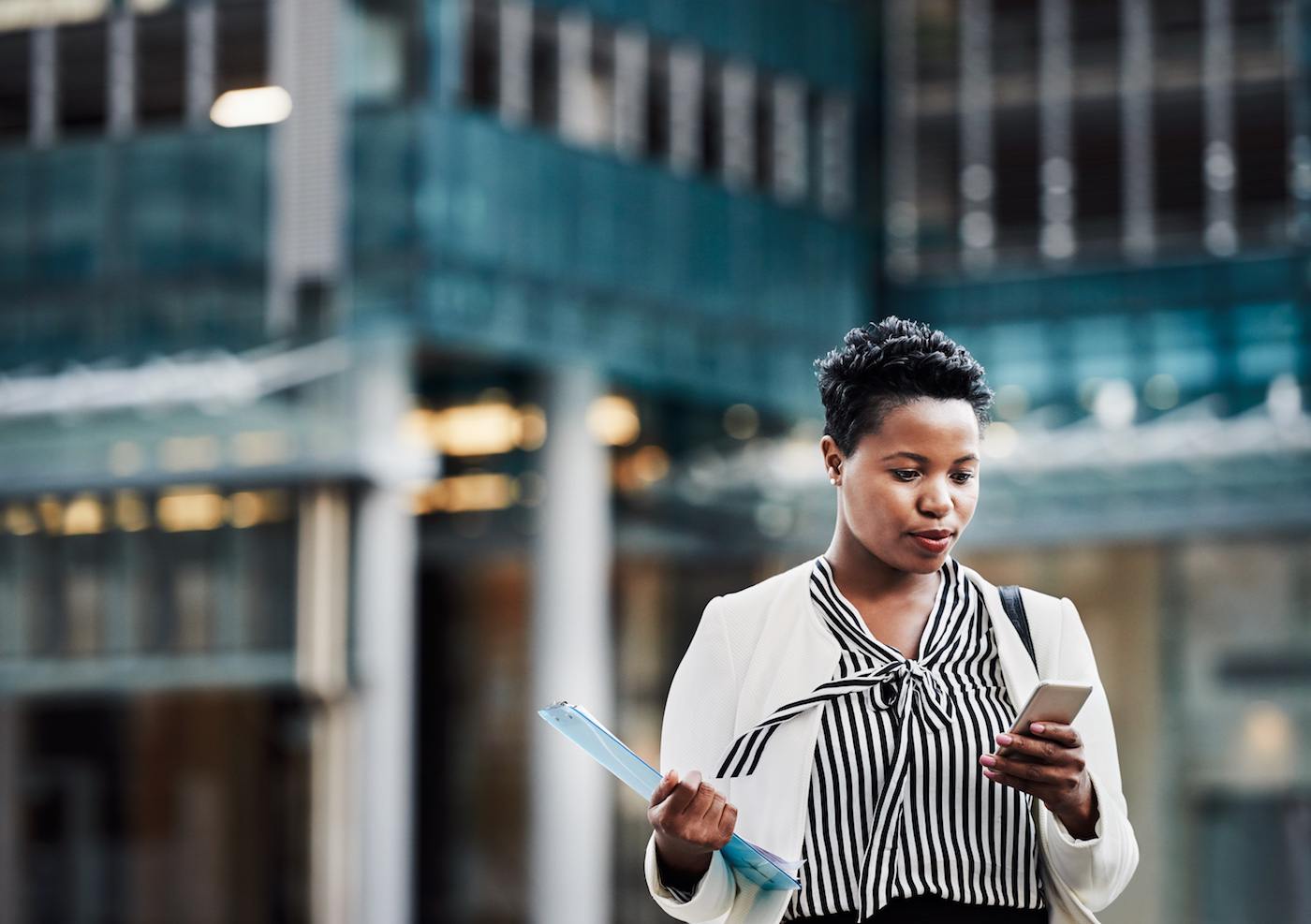 I got engaged at 26, married at 27, and filed for divorce by 31. The relationship was wrong for a number of reasons—I’ll save that for a later article—but one of the biggest points of contention was that my husband wanted to start trying for a baby and I simply wasn’t ready. I’d recently birthed my business baby, Ladies Get Paid, and the thought of having an actual child was enough to give me hives. (Seriously, it happened.)

Even though it was my choice to end the marriage—and it’s a choice I was sure was right—the decision was accompanied by a wave uncertainty. There’s security in saying “not now” to kids when you have the safety net of a stable relationship, and I mourned the idea of the family we could’ve created.

At the same time, my Facebook feed filled with photos and status updates of friends having babies, many of them their second. While I have no regrets about choosing to be child-free (for now), it doesn’t mean I don’t sometimes feel envious—or nervous. At 32 years old, I’m three years away from being considered “geriatric” in fertility terms, and recently, I started to feel anxious that my not-yet-conceived child might resent my elderly womb.

Then, I was introduced to Extend Fertility, which is advertised as “the first service in the country to focus exclusively on women who want to proactively preserve their fertility options” by freezing their eggs. According to Extend, studies show that women who freeze 10 eggs before they’re 35 have a 61 percent chance of pregnancy using those eggs later, and women who freeze 15 eggs have an 85 percent chance. This seemed like the perfect way for me to take control of my fertility and not let biology—or my social media feed—pressure me.

I do want to acknowledge that freezing your eggs is a privilege. At Extend Fertility, it costs $6,500 for your first cycle or hormones and extractions, which is 40 percent less than the national average. Medication is an additional cost, and it typically runs you between $2,000 and $5,000. It also costs money to store your eggs long-term, in some cases over $1,000 a year. That being said, so many of us spend an exorbitant amount of money on things that aren’t as life-changing as this. Just like you might invest in the stock market, this is also investing in your future.

Injections, ultrasounds, and my retroverted uterus

I began my journey with a logistics class at Extend Fertility. There were four other women in my class, all of whom appeared to be in their mid- to late-30s. One of them told me this was a birthday present from her mother. Another that she’d wanted to do this for a long time, but had been frightened of the needles. The needle didn’t scare me as much as the prospect that I could potentially be egg-deficient one day.

A nurse walked us through each step of the egg freezing process, answering any questions or concerns. My favorite part was using a little stress ball to practice injecting the hormones that I’d need to shoot under the skin of my abdomen to stimulate ovarian follicle growth (ovarian follicles are the fluid-filled sacs where eggs develop).

I came back for a second appointment to do blood work and an ultrasound. I’d never gotten an ultrasound before and found the whole thing incredibly fascinating. I met with Bat-Sheva Lerner Maslow, MD, who informed me that I had a retroverted uterus. Before I had to chance to hyperventilate, she assured me that it would have no bearing on my fertility or future pregnancy. (Basically, a retroverted uterus tips backwards and approximately a quarter of women have ‘em.) When I posted about it on Instagram, I got a flood of messages from women who also have this kind of uterus—one of them joked about creating a retroverted uterus club.

When I got home from the ultrasound, it was injection time. I had two hormones to administer: Follistim and Menopur, synthetic versions of the chemicals that our bodies use to regulate ovulation. These hormones encourage multiple follicles to develop in the ovaries, each of which contains an egg. Now that it was my belly and not a stress ball I was injecting, I wasn’t as confident. My partner was in Las Vegas for a friend’s bachelorette party at the time, so to lend emotional support, she FaceTimed me (while everyone else around her pre-gamed). Everything went off without a hitch and when I was done, I felt immensely proud of myself.

After five days of injections, I took a third medication, called an antagonist (love that name!), meant to prevent the body from ovulating early. I returned to Extend Fertility five times so they could measure my follicles and check the estrogen levels in my blood. Once my follicles grew large enough and my estrogen levels were high enough, the doctors added a fourth medication to my repertoire called the “trigger shot.” This injection completes the egg maturation process, and it gave us a 36-hour window before the eggs were retrieved from my ovaries. The goal is to catch the follicles before they release the eggs into the fallopian tubes—at that point, they can’t be retrieved.

The big egg retrieval day… and a close call

During the egg retrieval, a catheter and 10-inch needle went through my vaginal wall, retrieving the mature eggs from the follicles—but it was the easiest part of the whole egg freezing process. I know, it sounds brutal, but it only takes about 15 minutes. Plus, I was knocked out with anesthesia. (All I remember is the fact that they gave me delicious Goldfish crackers after the procedure.) After the eggs were removed from the follicles, they were taken to a lab and flash-frozen using liquid nitrogen.

Speaking of anesthesia, I have something embarrassing to admit. Leading up to the appointment, I had a few crackers during the six hours when I wasn’t supposed to eat. (I was super nauseous and have little self-control.) Turns out this is a major no-no. Anesthesia temporarily stops your body’s reflexes, so if your stomach has anything in it, there’s a risk of vomiting and choking. Faced with this potentially dangerous possibility, the doctors delayed my surgery by an hour and a half, putting extra pressure on the situation—it was already a tight window before I’d start ovulating. If that happened, we’d have to cancel the surgery and start the whole process all over again.

For me, the retrieval process didn’t hurt a bit and I didn’t need any recovery time, although some women experience vaginal pain, spotting, or abdominal cramping for a few days after retrieval. (And all women are encouraged to take the day off from work and have a friend present to take them home, according to Extend Fertility.) But I did have pretty bad bloating during the injection period, caused by the developing ovarian follicles. As they grow, the follicles produce estrogen, which in turn creates premenstrual symptoms with a particular feeling of weight in the pelvis.

Fortunately, this story has a happy ending. After the surgery, the doctors informed me they were able to retrieve 34 eggs, 28 of them viable. This means that I have a 90 percent chance of having one child and a 60 percent chance of another one. It was a near-perfect result and one that made my mother—and me, of course—very happy.

But the most fascinating part of the egg-freezing process was the reaction I got on social media. From the first post I did, I was struck by the overwhelming amount of support I received. So many people told me their fertility stories, whether it was someone whose wife had just frozen her eggs, a former co-worker, someone I’d met at a conference, or a friend who now lives in Paris. A friend from elementary school who I hadn’t spoken to in years reached out to tell me she was going through the egg-freezing process at the same time as me. There was even a prominent political figure who DM’d me to inquire if the injections hurt.

What I found particularly interesting was the number of people who called me brave. I’m not quite sure why they feel that way. Is it because we’re conditioned to not talk about our bodies? Or do they view egg freezing as tangential to infertility? And if so, why does that have to be taboo?

The brave ones were the people who shared with me their fears and struggles. One woman told me about the genetic syndromes she passed on to her son and her relief to use her frozen eggs for her second child. Another opened up about how disappointed she felt about only being able to retrieve a few eggs.

While freezing my eggs should’ve given me a reprieve from obsessing about reproduction, ironically, my baby fever has only increased. (I’ve also had a slightly disturbing craving for eggs, particularly hard boiled.) But now, instead of raging at my Facebook feed with all the posts from my pregnant friends, I send them heart emojis. Maybe it’s because I now feel confident that I will have a baby in the future, too. When that child is eventually born, I hope they enjoy my Instagram stories as much as I loved making them.

Tens of thousands of women are expected to freeze their eggs this year—here’s a deep dive into what it’s all about. Plus, find out the truth about how much genetics have to do with fertility.