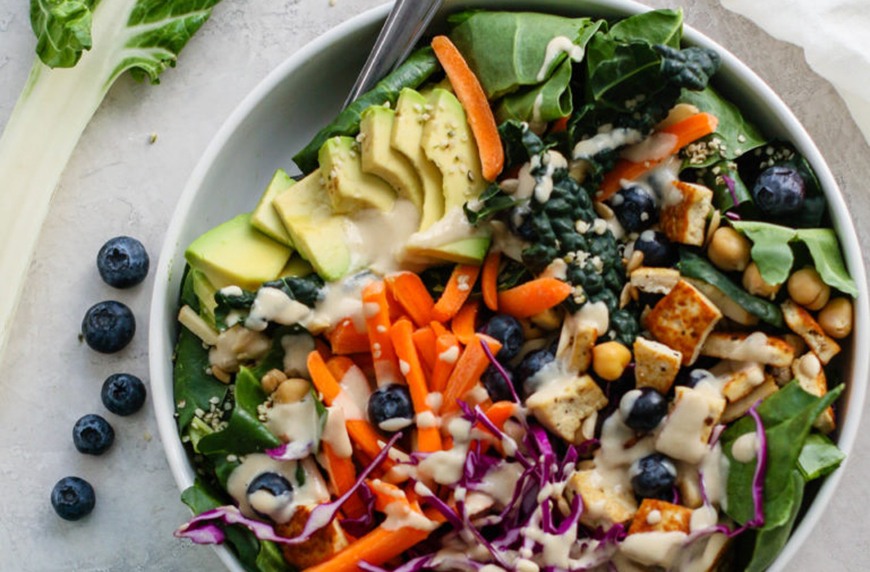 I rarely eat chard. Not because I don’t like it, but I’ve just never been sure how to prepare it properly. I regularly use spinach, kale, and other greens in my dishes, but most chard recipes call for steaming—and, TBH, even the stunning rainbow variety no longer looks appetizing once it’s turned into a pile of soggy mush.

You’ve probably spotted Swiss chard, red chard, or rainbow chard at the farmers’ market or grocery store, but it certainly doesn’t get as much attention as other produce. With crunchy, slightly-sweet, celery-like stalks, and big veiny leaves, the plant is often said to taste similar to beet greens or spinach—just not as bitter. And no where near as earthy as kale. For anyone who’s still trying to add more veggies into their diet, it’s a tamer way to do so that still brings on the benefits.

Chard is the definition of a superfood. It contains high amounts of vitamins K, A, C, and E, magnesium, iron, and potassium. And according to Tufts University, its impressive nutrition stats also give it plenty of health benefits. It helps regulate your blood sugar levels, prevent heart disease, lower blood pressure, improve digestion, boost the immune system, and even fight off cancer—no biggie. So how do you go about making it at home? Start with these tasty recipes.

Raw chard gives these protein-packed lentil tacos the perfect amount of crunch in this filling dish.

Low-carb or keto? Use rainbow chard as a wrap. This crunchy mix contains cucumbers, onion, tomatoes, and hummus.

3. Green soup with lemon and cayenne

Switch things up by using chards as a salad base, like in this colorful option loaded with carrots, blueberries, chickpeas, avocado, hemp hearts, and a creamy orange tahini dressing.

This easily-customizable green curry is especially healthy thanks to the addition of chard, plus ultra-comforting from the rice noodles.

Nori is usually wrapped around your sushi, but another option? Using Swiss chard leaves as a vitamin-filled wrap.

If you’re kind of sick of using basil in your pesto, try something new by blending Swiss chard into a sauce for your pasta instead.

For an energizing green juice, use milder-tasting chards instead of kale. When combined with an apple, peaches, and ginger, you won’t even know it’s there.

These summer recipes prove veggies deserve to be grilled too. And if you want to bust out your Instant Pot, these are the perfect seasonal meals to start with.