Know someone who experienced loss? Here’s why you should check in on them 3, 6, 12 months later—and beyond 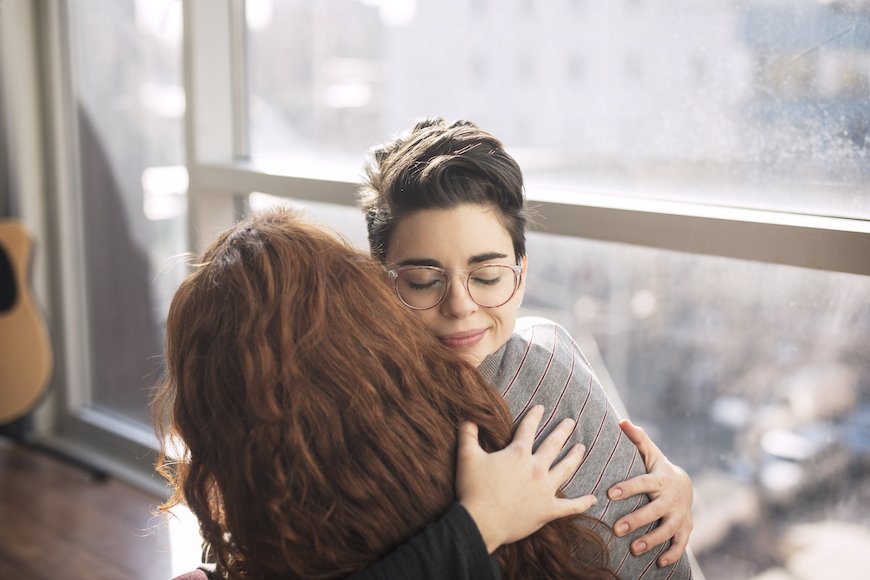 If you’ve ever gone through a tough time—the death of a loved one, a breakup, news that a family member has been diagnosed with a chronic illness—chances are that your friends were really there for you in the immediate aftermath. Texts checking in, yoga dates booked, freshly baked matcha cookies—gestures large and small can mean everything in the early stages of grief. But inevitably, the questions and concerns stop, often long before the grieving process ends, according to a new survey.

With the survey, “Grief: Beyond the 5 Stages,” WebMD set out to explore how people grieve after various life events, and how what carried them through each. Of the 1,084 people who participated in the survey, about 72 percent said they had grieved over a life event in the past three years. More than half (53 percent) said they felt an expectation from others to “move on” after about three months, far sooner than they were ready. Following the death of a loved one, 48 percent grieved intensely for up to six months and 18 percent reported that they were still grieving more than one year after the life event.

“By and large, it’s unpredictable, and hard to know for sure why the intense period of grief lasts longer for some than for others,” says Seth J. Gillihan, PhD, a WebMD contributor and a clinical assistant professor of psychology at the University of Pennsylvania. “For the most part, the type of loss doesn’t predict how long it will take to recover. What is clear is that the majority of people feel like the ‘clock is ticking,’ and that others don’t think it’s reasonable to grieve intensely for more than three months. As a result, most people feel that their grief lasts longer than others expect it to. This mismatch can complicate the grieving process, which can’t be rushed. It takes time.”

While, again, grief is complicated and Dr. Gillihan says the survey didn’t show one clear solution that affected the length of the grieving process any, he did say that spending more time with loved ones and deepening a spiritual practice were both healthy common coping methods. On the not-so healthy side, increased alcohol use and isolation were also common, which Dr. Gillihan says can lead to additional problems, such as depression and alcohol use disorder.

“We need to allow others the time they need to grieve—there’s no expiration date on when it’s ‘okay’ to still feel the intensity of a loss.” Seth J. Gillihan, PhD

Dr. Gillihan hopes people will will learn to appreciate that people grieve in all sorts of ways, and that grief often lasts a lot longer than one might expect. “We need to allow others the time they need to grieve—there’s no expiration date on when it’s ‘okay’ to still feel the intensity of a loss,” he says. “We also need to make space for the wide range of grief reactions, without responses that are frankly unhelpful—things like telling the person to ‘move on,’ or suggesting it ‘could be worse.’”

Spending time with loved ones was found to be helpful in overcoming grief, so if someone you know has experienced a loss, keep reaching out—and don’t take it personally if they don’t often take the initiative themselves. “Our hearts and minds have an inherent wisdom to grieve, if we’ll allow it,” Dr. Gillihan says. “The more we can make space for our own and others’ grieving experiences, the better.”

Traveling might help to overcome grief, too. And here’s why celebrity deaths hit us so hard.