How to eat healthy at Wendy’s, according to a registered dietitian 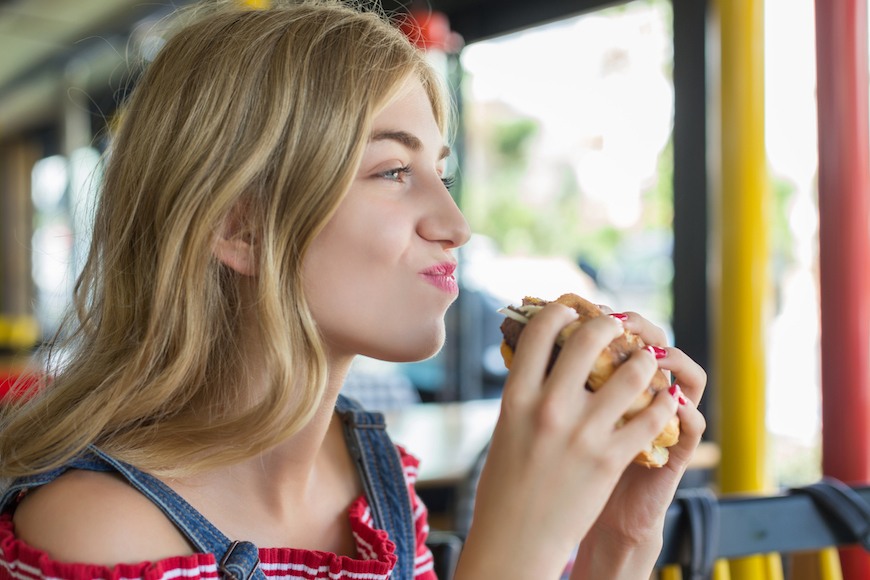 As a kid, dinner at Wendy’s meant the chance to dip French fries into a big ‘ol chocolate Frosty. It’s truly the stuff fast food memories are made of. Both are still on the menu for whenever a craving hits, but the burger chain has plenty of other (read: healthier) options for adult you to enjoy, too.

If you’re vegetarian, gluten-free, or follow the ketogenic diet, eating out can be a challenge—especially at a fast food joint. But Wendy’s actually comes though for all three eating plans. The key is walking in (or driving up) being prepared. That’s where registered dietitian Erica Ingraham, RD, comes in. Here, she gives tips on the healthiest foods to order for each of the aforementioned eating plans—which come in handy even if you have a more general goal of eating healthy. Keep reading for all the intel.

Scroll down to see how to follow a vegetarian, gluten-free, or ketogenic diet at Wendy’s.

What an RD says: Wendy’s has chili on the menu—usually a solid pick for vegans and vegetarians—but, alas, it has beef in it. A better meat-free pick according to Ingraham: the sour cream and chive baked potato. “Wendy’s has a few different baked potatoes, but this is the only one without meat,” Ingraham says, adding that it’s a healthy option thanks to all the spud’s potassium and fiber. If you’re not into potatoes, she says the Berry Burst chicken salad is another healthy option—minus the chicken of course. “The nuts and feta cheese still give some protein,” she says.

Order tweaks: Besides obviously nixing the chicken in the salad, no tweaks are needed—unless you’re vegan. In that case, Ingraham says to go for a plain potato (the sour cream has dairy) and ask for no feta cheese in the berry salad. Instead, request extra nuts so you’re still getting that protein.

Side-dish recommendations: Wendy’s offers both apple bites and strawberries and blueberries as sides, which Ingraham says are healthy options for all eaters, vegetarians included.

What an RD says: “Of the salads, the Southwest avocado chicken is a great option for keto eaters because of all the protein and healthy fats,” Ingraham says. It also has seven grams of fiber, a decent part of the 25 grams you want to aim to get each day. The similar makeup pops up in sandwich form, too, which Ingraham says also delivers on the healthy fats and protein fronts.

Order tweaks: If you’re opting for the sandwich, Ingraham says to nix the bun (which naturally is the carbiest part of the meal).

Side-dish recommendations: Both fruit options—the healthiest picks on the sides menu—have the exact same amount of carbs (8 grams) so Ingraham says either can be a good pick for those on a low-carb diet, though she says it’s high for people doing strict keto. “It just depends on how rigid you choose to be,” she says.

What an RD says: If you have an allergy or are sensitive to gluten, Ingraham says it’s important to bring it up when you order to be safe and protect yourself from cross contamination, but in general, she says the baked potato (plain or with sour cream) and Berry Burst chicken salad are both GF and nutrient-dense. “Both have great fiber—7 grams—and the salad is full of antioxidants, thanks to those berries,” she says.

Order tweaks: None should be needed, but Ingraham reiterates that it’s important to bring up your sensitivity if you are worked about traces of gluten being in your food.

Side-dish recommendations: Ingraham likes the chili because of its nutrient density. Even though it’s just 250 calories, it has 8 grams of fiber and 21 grams of protein.

If you’re looking for more guidance on eating out, here’s what to order at Olive Garden and The Cheesecake Factory.