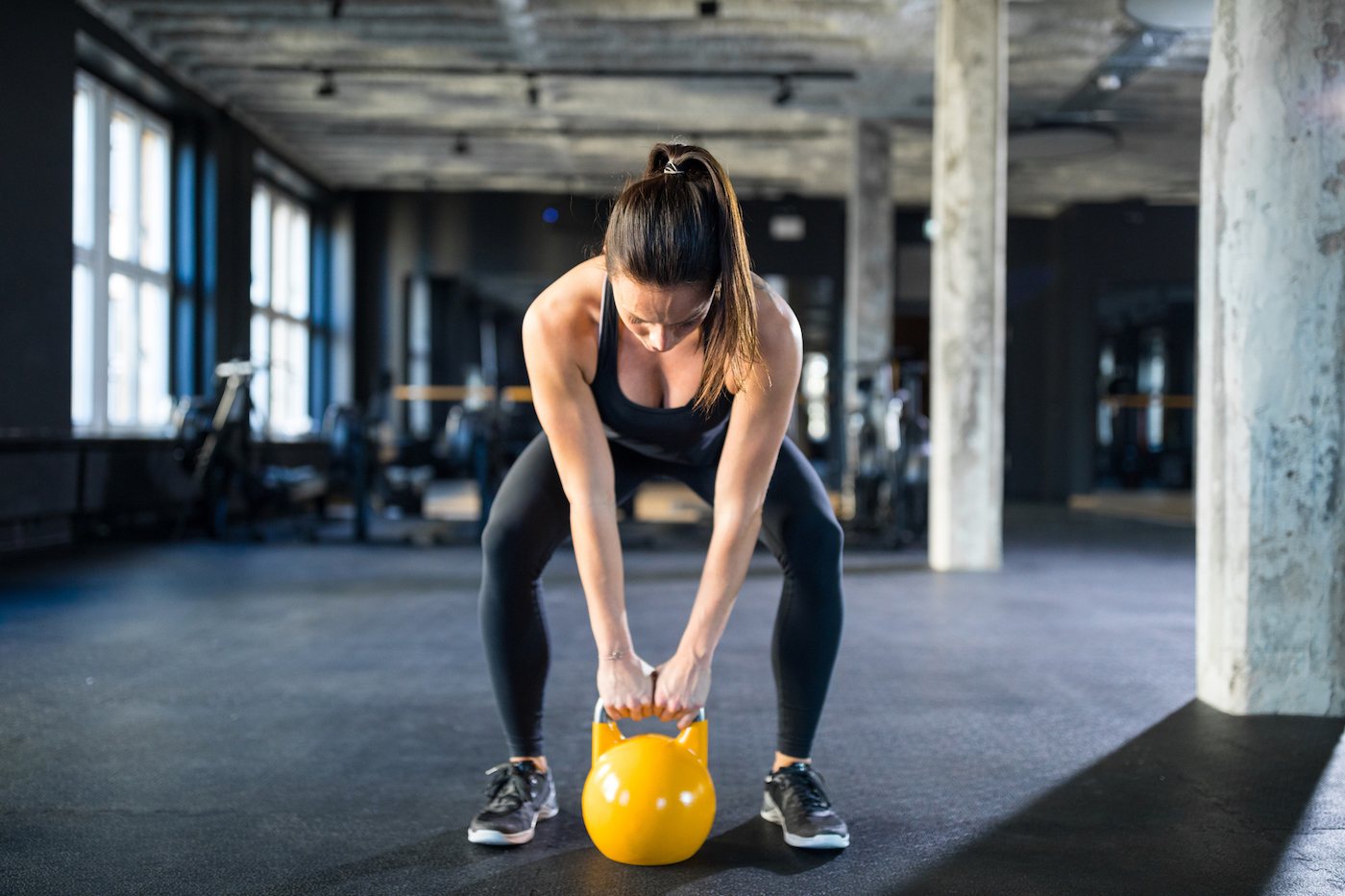 You know that meme that’s like, “I only have 20 minutes left, which is just 10 minutes twice, which is just five minutes four times”? Yeah, I relate to that majorly. As I’m sure we all do. Even though working out is great and fun, we still want it to end ASAP.

That’s why sometimes I like to do 5-minute strength training exercises or sprint intervals in order to get out of the gym as quickly as possible (while still managing to get my sweat on and my heart rate spiked). One of my fave ways to pack a punch in little time? Tabata. The HIIT workout method is all about working hard for four minutes in segments of 20 seconds on, 10 seconds off. My only issue is that it’s hard to do this on my own in the gym when I’m trying to simultaneously listen to Drake and count down my time intervals. Until now, though: I just discovered a jackpot of an app that helps you seamlessly do both—listen to music while timing your reps—in one place.

It’s called Tabata Songs, and it costs just 99 cents to get the music player app that’s filled with songs that are specifically timed for Tabata workouts. There’s an audio coach that cues you to stop and go, and your music can be everything from rap, funk, pop, rock—whatever you like. It also displays the countdown clock on your screen so you know when those burpees are almost over. It’s really, really helpful, considering all the time’s that I’ve screwed up my timing when scrambling to start my timer again or had to pause my whole interval to get the right song playing. Now, you can leave all that hard work for your actual workout.

Here are five super sweaty Tabata workouts you can follow along with on YouTube. Or you can try this actually intense sitting Tabata workout from the comfort of your own couch.