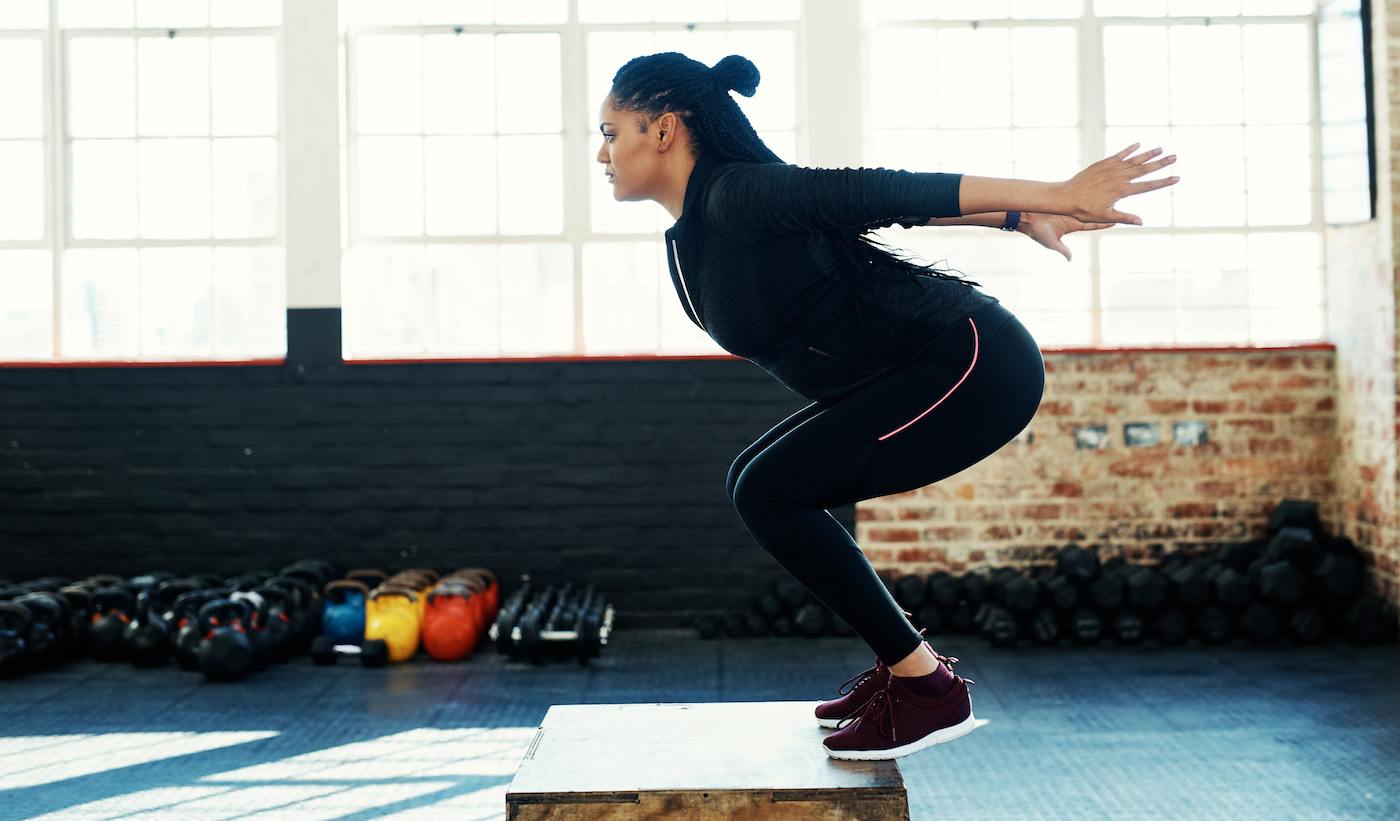 This morning, during a Solid[Core] Megaformer class (aka the hardest damn class I’ve ever taken), I straight-up got my ass kicked. I’ve been doing squats, lunges, and the like for practically a decade and a half, but this was the first time that a glute workout had me gritting my teeth and groaning out loud. The reason? Because it started with burning out my inner thighs.

You see, your adductors—otherwise known as your inner thighs—work as stabilizers in a lot of compound movements, which is why we recently called them “the key to full body strength.” And so, burning them out before any sort of compound move will make that move a whole lot harder. “With less help from the stabilizers, your glutes will be forced to work harder,” says Solid[Core] studio manager Lisa Marlier.

One way to bring your inner thighs to failure so your booty can get burning on max capacity (without having to head to a Megaformer class)? With gliders. Place them between your knees and the floor, and keep one knee stationary while moving the other out slowly to the side. Amplify the move by putting weights in your hands, and trust me—you will be feelin’ that fire.

Thankfully, putting your inner thighs through torture isn’t the only way to get the most out of your glute workout. “Putting more focus on what your hips are doing at any time of a lunge or squat can quickly improve your glute work,” says Marlier. “Often in squats, we are just thinking, ‘sit down, stand up’ instead of pushing our butt backward and down until your hips are slightly below your knee, then squeezing your glutes to push your hip forward.” If you’re not focusing on that backwards movement, you’ll notice that you’re kind of just… standing up and down, and when you don’t engage your muscles in the right way you may wind up with a “butt wink,” which is less filthy than it sounds, but still not something you want happening in your squat routine. “So if you are really going after your glutes, focus on the hips rather than up and down or what your knee joint is doing,” says Marlier.

As someone who has decided that this is the summer that I will get really, really into wearing thong bikinis to the beach, I am seriously grateful to have hacked my glute routine for the better.

For an even more extra way to sculpt your glutes, try a banded jump rope workout. And take those middle-school wall squats to the next level with this upgrade that will leave your whole body burning.