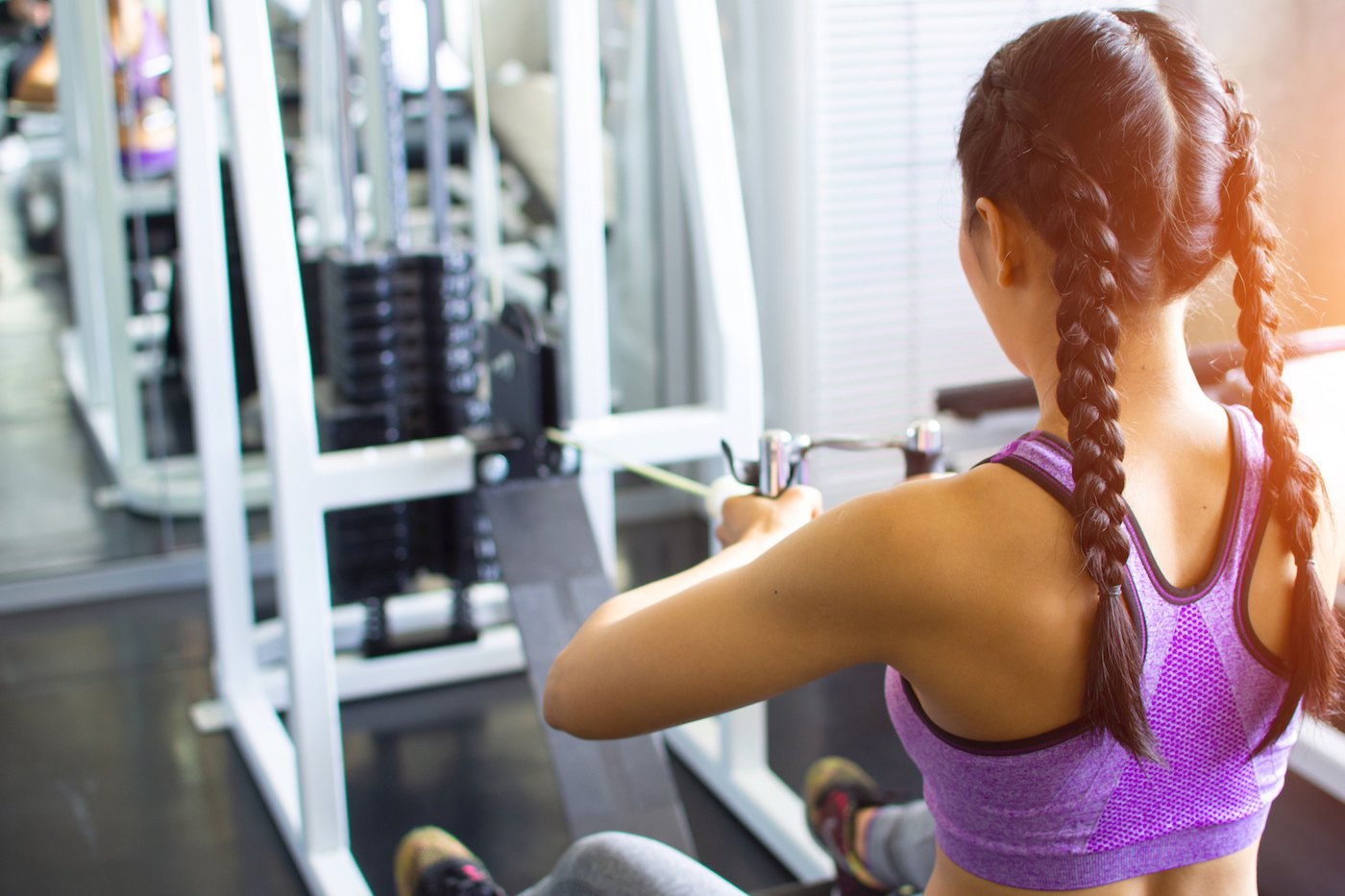 After I knock out a run at the gym, I make my rounds in the weights machine section and pick and choose which ones to use based on A) whether or not someone’s already using it, and B) if it looks like something I know how to do. That’s pretty much it—I have no method for my strength-training madness.

There are scenarios in which I hop onto a weights machine and either don’t feel like I’m doing much for my muscles, or realize that I prefer using free weights to work that muscle or muscle group. Whatever the case, it’s tough to keep track—there are just so many of these machines sprinkled all over the place. Choosing which ones to sweat on is like choosing which stores to go to in a gigantic shopping mall. You feel me?

To spare us all from that overwhelming confusion, I spoke with some pro trainers to get the weights machine low-down, and to enlighten us on which ones can we actually skip. To find out which of those gym machines are not worth your time or energy, keep scrollin’.

The number one to skip? The Smith machine, which people use for a flat bench or incline press. “During a normal barbell or dumbbell bench press, you can move the barbell in a way that helps you handle the weight,” says Branko Tedorovic, a master trainer at FlexIt and professional bodybuilder. “You can adjust dumbbells in any direction—curving them a little bit to put your shoulders in a good position to support the weight.” On a Smith machine, he says you lose all of that ability. “I see a lot of people getting injured trying to bench press heavy on the Smith, because it robs you of the flexibility to micro-adjust the bar or dumbbell handles,” he says. Instead, he recommends using a barbell, dumbbells, or cables to bench press, or stick with free weights.

Some people like to work their abs on a machine, but two of the trainers say these machines can put your back is at risk. “The abdominal crunch machine is not the best choice to work the abdominal muscles,” says Jeff Monaco, MS, CSCS, a Gold’s Gym certified personal trainer and director of education. He points out that this machine tends to target the rectus abdominis (i.e. six pack muscles), which have a very short range of motion and aren’t intended to lift a large amount of weight. “The crunch machine takes exercisers beyond the normal range of motion of those muscles, and adding a lot of weight in that position can lead to injury.” Tedorovic adds that you can potentially hurt your lower back this way. So, maybe stick with those planks.

Personally, I love overhead press machines because it feels easier to work my shoulders. But it isn’t recommended by trainers (womp womp). “There are limitations of mobility on those machines, and everyone has a different length and size upper body,” says Jackie Vick, NCSF, a certified personal trainer for Gold’s AMP app. “If forced to workout with a machine that doesn’t fit your standard pressing setup, it could lead to injury or further injury of joints.” Tedorovic’s also not a fan, because these machines put unnecessary tension on the front of your shoulder. “Be aware of the shoulder press machines where the handles are too far forward, as it puts the rotator in a very uncomfortable position,” he says. “Anatomically, that’s the worst possible position for your rotator cuff.”

I also do these all of the time, but apparently to no avail. “The seated hip abduction and adduction machine is popular with exercisers who think that machine will tone and sculpt their inner and outer thigh,” says Monaco. “Unfortunately, those muscles don’t function their best in a seated position, and that machine won’t give you the outcome you desire.” His advice? Doing standing abduction and adduction work, which is more effective.

It may sound nice to train your legs from a seated position, but it’s not so ideal for your body. “People often get injured by placing their feet too far back, directly underneath the user on the platform, thereby locking their knees in a very unsafe pathway,” says Tedorovic. “If the knee is placed too far above the toe line on a machine like this, then the knee will unnecessarily absorb a tremendous amount of pressure instead of the quads or glutes. You don’t need a lot of weight to make that a very unsafe lift.” Instead, stick with the classic: squats.

Some people get on this machine thinking they’ll help their back—but, more often than not, it’s only making things worse. “The seated back extension machine is used by a lot of people who want to strengthen their low back either due to existing low back pain, or to prevent low back pain,” says Monaco. “This machine follows right along with the abdominal crunch machine in putting the targeted muscles beyond their natural range of motion, and adding additional weight to those muscles greatly increases the risk of injury.” He says you can get a better effect from doing a prone cobra, a Superman, bird dogs, and bridges.

BTW, here’s what trainers have to say about doing cardio or strength training first in a workout. And this is why you should also be thinking about your power in fitness.