Everything you need to know about celery juice, explained 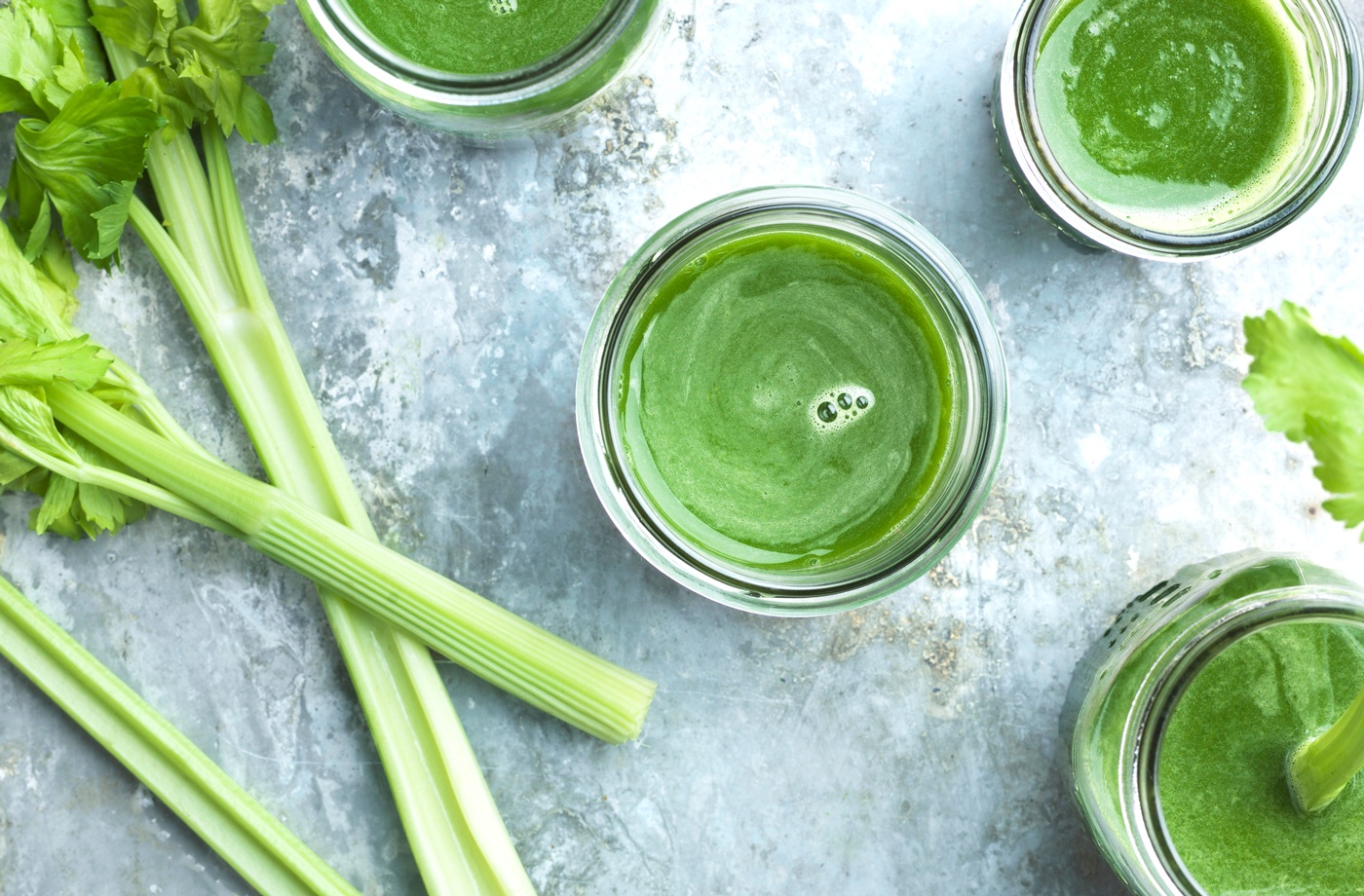 Summer 2018 will forever go down as the season of quickie celebrity engagements, Big Dick Energy—and when an array of seemingly magical celery juice benefits started to flood our Instagram feeds.

Okay, so that last one isn’t quite as sexy as Priyanka and Nick making it forever official. But seriously, haven’t you noticed that ever since then, wellness stars have been trading their kale-apple-lemon blends for a slightly lighter shade of green juice? Everyone from celebrities (Well+Good Council member Elle MacPherson) to nutrition pros (holistic nutritionist Elissa Goodman) to influencers including The Balanced Blonde blogger Jordan Younger is proclaiming their love for fresh-pressed celery juice. By drinking it in the morning on an empty stomach, devotees claim it’s given them better skin, more energy, and improved digestion.

The truth about celery juice benefits

If you’ve ever tried celery juice yourself, you’ll know that most people probably aren’t drinking it for the flavor. (It tastes exactly like you’d think it would—bland, grassy, and slightly salty, like liquified celery—in case you had any doubts.) Rather, the celery juice obsession stems from its purported health benefits as outlined by Anthony William, AKA the Medical Medium.

William isn’t a doctor or nutritionist—he’s an intuitive who claims to receive information about the healing properties of foods from a “high-level spirit.” According to him, celery juice has powerful anti-inflammatory properties and “undiscovered mineral salts” that can flush toxins from the body, strengthen the digestive and nervous systems, and repair damaged cells in the liver, among other things. He also says that to get the biggest digestive impact from celery juice, it should be consumed first thing in the morning before food. Of course, most of these celery juice benefits—including the empty-stomach caveat—haven’t been confirmed by science. But that hasn’t stopped thousands of people from claiming that their health has changed for the better since starting on a daily celery juice protocol.

According to holistic health coach Molly Alliman, studies have shown that there are some perks to eating celery in its whole form. “Celery is a powerhouse vegetable with antioxidants, enzymes, and phytonutrients,” she says. “Celery [root] is a natural diuretic, and along with its ability to help the liver flush toxins, it also can reduce bloat.” Research also shows celery extract may also have antibacterial and anti-inflammatory properties, plus the ability to balance blood sugar.

Most nutritionists agree that there’s nothing wrong with adding celery juice to an already healthy diet. But many of them are skeptical of its reputation as a cure-all and point out that by juicing celery, you’re missing out on the benefits of the whole plant. “I don’t recommend using celery juice or any green juice as a means to replace actually eating the whole vegetable, which reaps so many benefits from gut health, digestion, and blood sugar balance,”  writes Well+Good Council member and Nutrition Stripped founder McKel Kooienga, MS, RDN, LDN. “But it’s a fantastic way to get more nutrients into your diet than you would otherwise, as long as you’re also eating whole foods.” She believes that when people start seeing celery juice benefits, it could be a cumulative effect from other healthy lifestyle choices they’re making at the same time—for instance, eating more plants or being more mindful of self-care.

How to make this much-loved green juice at home

Another good thing about celery juice? Since it only contains one ingredient, it’s easier and more affordable to make than other green-juice blends. To make it according to the Medical Medium protocol, simply put one bunch of celery through a juicer or whip it up in a high-speed blender and strain out the pulp.

If you’re grossed out at the thought of starting your day with straight-up liquified celery, you’re not alone—but there is something you can do to help it go down a little easier, if you’re interested in trying it at home. “I recommend adding citrus to help cut the bitter taste of celery,” says Alliman, who says half a lemon or lime for every 16 ounces of juice should do it. You may also want to opt for organic, as celery’s high on the “dirty dozen” list of most pesticide-laden produce.

Or, if you’re pressed for time, you could always just buy it in a bottle—Pressed Juicery is just one juice shop with its own (non-organic) celery-and-lemon blend. “Juicing a glass of fresh celery every morning is tedious,” says CEO and cofounder Hayden Slater. “We saw that this was more than a trend and it could benefit so many people.”

Teatoxes are also taking over Insta—but here’s the not-so-pretty truth about what those weight-loss teas actually do to your body. Cold-brewed matcha, however, is always a good idea.