Everything you need to know about the SoulCycle and Equinox boycott 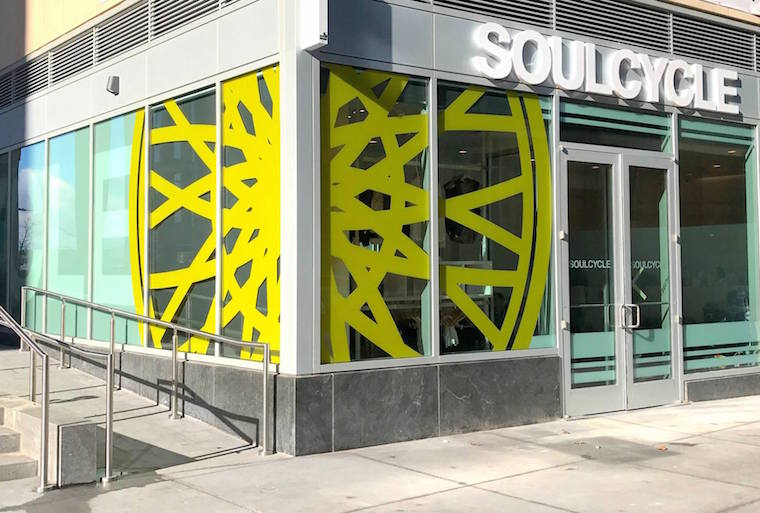 For wellness lovers, it’s not unusual for one’s Instagram or Twitter, on any given day, to be filled with images and inspo from pristine spin bikes at SoulCycle or eucalyptus-scented towels draped over one’s shoulders at Equinox. Yesterday proved different. Celebs like Chrissy Teigen and Sophia Bush, alongside once loyal patrons, made use of the hashtags #NoSoulCycle and #CancelEquinox in response to news from The Washington Post that Stephen Ross, the billionaire investor behind the parent company of these two subsidiaries, would host a fundraiser for Donald Trump’s 2020 election efforts on Friday.

Flash forward to the official statement put forth from SoulCycle and Equinox, which stated: “Neither Equinox nor SoulCycle have anything to do with the event later this week and do not support it. As is consistent with our policies, no company profits are used to fund politicians. We are committed to all our members and communities we live in. We believe in tolerance and equality, and will always stay true to those values. Mr. Ross is a passive investor and is not involved in the management of either business.” (It’s important to note that, though Ross might not be involved in operations of either sweat box, he is the chairman of The Related Companies, which owns them as well as Blink, which is one of New York City’s most cost-effective gyms).

“There are a handful of billionaires who own everything and many support Trump. Practically speaking, it’s probably impossible to completely avoid them. But considering @Equinox’s clientele and how they’ve pandered to us, this one feels particularly hypocritical and shameful,” comedian Billy Eichner wrote on Twitter, presumably referring to the LGBTQ+ community.

Equinox and SoulCycle have publicly branded themselves as LGBTQ+ friendly, and both market yearly initiatives, events, and merchandise around Pride Month. “I’m aware that many billionaire executives have ties to the Trump administration, but this felt, in particular, like a gut-punch because Equinox makes such a fuss about being inclusive. They were definitely on the ‘pride’ and ‘love is love’ bandwagon back in June,” says a 29-year-old LGBTQ+ Equinox member, who wishes to remain anonymous. “Trump and his administration are openly hostile to this community—among other vulnerable groups—so having this connection come to light is beyond troubling.”  The concern with the growing hateful rhetoric from Trump extends beyond the LGBTQ+ community as well, as the issues spawned by hate in this country stack upon one another like a maxed-out deadlift.

For many people, a boycott feels like a satisfying way to show their outrage. But others are concerned that the collateral damage caused by such a protest is too high a cost.

For many people—as evidenced by Teigen and the Twitterati—a boycott feels like a satisfying way to show their outrage. But others are concerned that the collateral damage caused by such a protest is too high a cost. You see, given that Ross’ estimated net worth exceeds $7.7 billion, these boycotts are unlikely to cause him much personal financial pain. They will likely, however, hurt the two individual businesses that fostered inclusive communities long before either were sold to his company. Many on social media have even suggested that the boycotts will land on the shoulders of employees.

“Your money is actually supporting the studio staff, mostly college students, who are gonna f*ing make the future amazing, and our instructors, who use their disposable income to pour into resources like @movemeant, @profoundations and @shesthriving,” SoulCycle instructor MK Hurlbutt posted to Instagram in a comment. To prove her point, she’s pledged to donate the money she makes instructing this weekend to “candidates running at local and federal levels who represent the values I believe in.”

Some on Twitter, who’ve noticed that SoulCycle classes are full despite protests, are calling for other instructors to boycott along with the riders; however, 28-year-old community organizer Michael Vazquez counters that this approach is problematic. “For any boycott to be effective, the people most immediately impacted by the boycott need to be provided with support systems to ensure their well-being. If you want instructors at SoulCycle or Equinox to quit their jobs, then you must be willing to provide resources for alternative employment or financial stability. This is a basic component of community organizing, activism, and asset-based community development,” he explains.

Even if it were possible somehow for boycotters to financially support the thousands employed at SoulCycle and Equinox, it would be nearly impossible, as per Eichner’s earlier point, to avoid every product or service that has ties to problematic investors—especially in New York.  Still, for many people, these two businesses—which were built on the backs of loyal patrons who Trump’s policies target—feel like a good place to start. “At a time when our government is too paralyzed to take action to protect its most vulnerable citizens, the power of my wallet feels like the only power I have sometimes,” James Newell, 34, a longtime Equinox member tells me. “To be honest, I’m not sure if Equinox could do anything at this point to win me back.”

Only time will tell whether the power of the collective wallet will have SoulCycle and Equinox sweating it. In the meantime, as Ross gears up for a $250K a head fundraiser, and as other gyms capitalize on the firestorm surrounding the sleek sweat studios, remember that sweat in its most pure form is about strength—however you decide to show it.

We reached out to many SoulCycle instructors and Equinox trainers with a request to share their thoughts, and understandably, they weren’t ready to comment at this time; Equinox and SoulCycle also did not return a request to comment.

Until you make your decision about where to work out, try this Trainer of the Month Club yoga flow at home or this living room HIIT circuit.