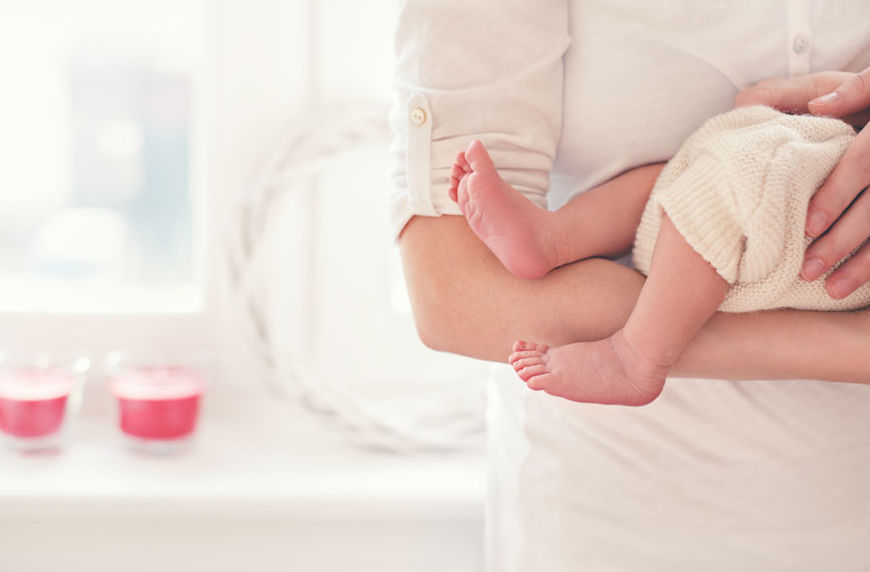 —When it comes to the first few months postpartum, everyone’s focus is almost always on the baby: how they’re sleeping, whether they’re eating enough, posing them for Instagram-worthy photo shoots in duckling-printed onesies. This fixation is pretty understandable—babies need a lot of care, particularly in the first few weeks. (Plus, they’re pretty damn cute.)

However, that focus on baby means that postpartum care for mom—who just pushed out a brand-new human being or underwent major abdominal surgery with a C-section—is often an afterthought. Not only is it standard to be discharged from the hospital within 24 to 48 hours after delivery, you’re often not given any information about what to expect when you’re recovering. The reality that peeing for the first time since giving birth will burn like hell, that it’s normal to bleed for at least two weeks straight after a vaginal delivery (and that light bleeding and spotting can be normal for another six weeks), that you might develop hemorrhoids or have stitches from vaginal tearing during delivery… all of that is typically glossed over and left for new moms to discover (and deal with) on their own.

Chelsea Hirschhorn, a mom of three and CEO of baby brand FridaBaby, experienced this first-hand when she was pregnant, which is what inspired her to launch the brand’s newest line: Frida Mom, a collection of affordable, must-have postpartum essentials addressing new moms’ biggest recovery needs in the first six weeks after birth. Products include the Upside Down Peri Bottle ($16), which is specifically designed to be held upside down so that you don’t have to twist yourself into a pretzel to reach and clean your perineal area while you’re on the toilet; the Boyshort Disposable Postpartum Underwear ($16 for eight), which upgrades the popular hospital mesh underwear with better materials and more comfort; Instant Ice Maxi Pads ($20 for eight), which takes the adult-diaper-filled-with-ice-combo most new moms find themselves using to soothe vaginal swelling and replaces it with a pad that instantly cools (think of it like an Icy Hot for your vag).

“There are [almost] four million babies born in the US each year,” Hirschhorn tells me, “and countless brands that exist to service those babies, whether it’s strollers, car seats, swaddles, you name it; it’s an extremely saturated category. When you think about it—and this was kind of the insight that unearthed and unleashed the entire project—there are also four million women that are bringing home those new babies.” Yet despite the large market, she says there are very few brands that serve the needs of these new moms.

Of course, most moms have dealt with the challenges of perineal hemorrhoids and stitches in some form for centuries. But Hirschhorn argues that only recently has society been open to finding answers for those typically gendered issues. “Women are MacGuyvers,” she says. “They’re used to DIY-ing or hacking their way through problems and putting their needs second in service of their kids, their family, or their friends…  Only recently have we seen this kind of meaningful cultural shift that has created this opportunity for Frida Mom to exist. You have celebrities using their platform—like Amy Schumer and Chrissy Teigen and Ali Wong—to expose this raw, more candid side of postpartum recovery, and it’s happening simultaneously with this more macro cultural shift that’s servicing women’s needs as a priority.”

Prioritizing women’s needs is a core value of all of Frida Mom’s products, as exemplified in Hirschhorn’s favorite, the Witch Hazel Perineal Cooling Pad Liners ($12 for 24). The liners were a major upgrade to existing solutions for one of the most common—and least talked-about—postpartum health struggles: hemorrhoids.

Most hemorrhoid pads are small round disks, Hirschhorn says, yet thanks to all the pushing involved with vaginal childbirth, just one pad typically doesn’t cut it. The “MacGuyver” solution is to line up the little pads in your underwear so that they’ll reach your hemorrhoids at just the right place to provide relief. But the next time you pull down your underwear to go to the bathroom, “[the pads] end up sticking to your body, because they’re so small,” Hirschhorn says. “There was no thought in designing these for what a woman was actually experiencing. You’re left to peel away the pads from your vagina – they stick to your stitches, and a woman rarely remembers how many exactly she lined up, and then you go to pee and inevitably one falls into the toilet.” With these literal pain points in mind, Frida Mom’s witch hazel cooling pad liner was designed to fit the entire length of your perineal area, like a giant medicated maxi pad.

You might be cringing at all of this hemorrhoids talk. But Hirschhorn loves to go there, because no one else is—and she thinks that culture of silence is doing new moms a disservice. “It’s a private journey that’s really isolating,” she says of new motherhood and all the changes that come with it, “and women don’t know if what they’re experiencing is, you know, ‘normal.’” She recalls going to pee in the middle of the night in the first couple weeks after having her baby and passing a clot “the size of a jellyfish” and feeling panicked—only to find out from her doctor the next day that it was completely fine. “It would have been nice to have someplace to go or some sense of authoritative source of information to tell me that that is normal,” she says, without having to have a freaked-out conversation with a doctor.

Ultimately, Hirschhorn hopes Frida Baby will not only help new moms (or even second- or third-time moms) navigate the immediate health needs that have so long been overlooked, as well as open up the conversation around the less-Instagrammable aspects of motherhood. “It gave me a lot of pleasure to step into that role as a brand where we can say, ‘You’re not alone, we know that what you’re going through is scary and daunting and traumatic and transformative; a lot of what you’re experiencing is totally normal and a lot of women go through it and here’s why,’” she says.

Here’s why some women are pushing back against the taboo of first-trimester pregnancy announcements. And if you like innovative startups, here’s what to know about Rory, a health-care brand specifically for menopausal women.