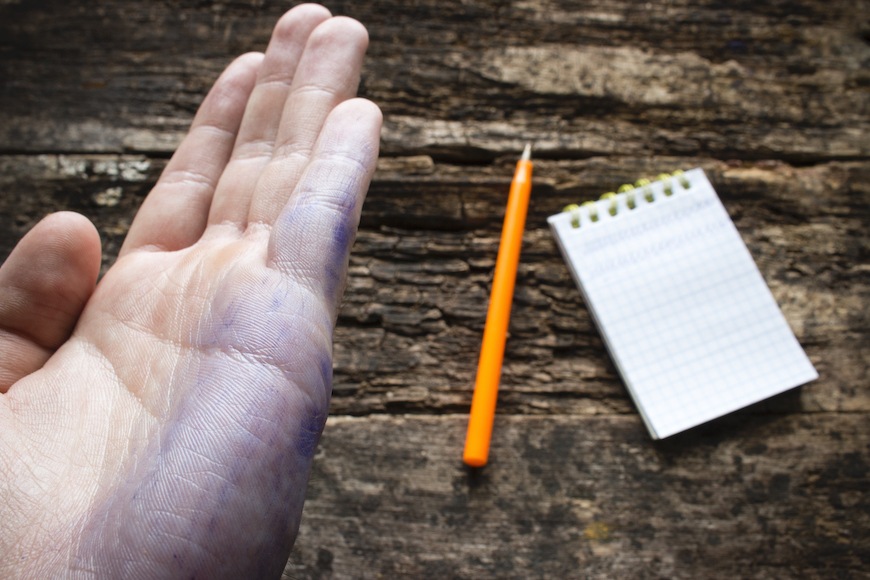 If asked to describe myself in a sentence, or even in a string of adjectives, “left-handed” likely wouldn’t make the cut. There are just so many other traits and preferences that that I think more accurately depict me. Like, to name a few: lover of avocados and ice cream, hater of zoos, Bravo superfan, and couch potato. That I’m a member of the estimated 10 percent of the population that’s made up of left-handed people isn’t something I’ve given much thought because it’s never seemed to matter in the greater scope of my life.

Given that the majority of my top defining traits outlined above involve eating, lounging, and lazing about, it should come as no surprise that I never aspired to thrive in the world of sports, an arena in which left-handedness is noted to provide a supposed leg up in certain modalities, like baseball, boxing, and tennis. Research hypothesizes this is an evolutionary social response to balance cooperation and competition—basically, play by the rules, but find a loophole to elevate yourself because you’re at a disadvantage in other ways. And sure, I’m a classically stubborn Leo who’s sometimes partial to a contrarian disposition just for the sake of it, but I have to doubt that this evolutionary finding applies to my case of left-handedness.

Being a lefty wasn’t a factor in my mediocre-at-best skill level for my childhood sports of choice: gymnastics and ice-skating, both of which ended up being not much more than many years worth of wasted of gas and time for my poor parents who chauffeured me around. But being a lefty should have helped me to become a great spiker on my high school volleyball team; alas, not even my special dominant hand could help me jump higher. Had my hand dominance alone secured my some kind of Olympian-status skills, life perhaps would have been more exciting and easy, but the way things have shaken out for me in reality have helped me come terms with my limitations and flaws—both related to handedness and not.

My earliest memories acknowledge awareness of my left-handedness; my mom tried time and again to place my spoon in my right hand rather than my left when I was learning to feed myself—but as I said, I’m a stubborn Leo who now bumps elbows with any person lucky enough to share a meal with me. In preschool, it became clear that “cuts in a straight line” would not be a line item on my future LinkedIn page, and soon after, I learned penmanship would also not be my forte. But I always had a scapegoat for such shortcomings—like a lack of left-handed scissors and that the entire system of handwriting is optimized for righties. I was okay with my flaws in light of these reasons, because they all made sense. And I’ve continued, throughout my whole life, to use the imperfections to my advantage. (There’s a good chance that if you gave me a wedding gift, you received a thank you note from my husband.)

I adopted my policy of scapegoating my left-handedness at a young age, and since then, the rule’s jurisdiction has extended to cover issues far beyond those relating to life as a lefty. For instance, I’m an awful driver. Really, I’m the worst thing that’s ever happened to the problematic stereotyping of female drivers—because I am that stereotype. But we can’t all be good at everything, and I’m lucky that I live in the golden age of ride sharing and on the precipice of self-driving cars. That’s admittedly a low-stakes example, but I do stand firm in my assertion that any semblance of a cool-customer disposition I have stems back to my understanding of being a lefty—one of my first memories of being unilaterally othered by the world for a state of being that makes me who I am. My leftiness has helped me accept my whole self for who I am—poor driving skills, and all.

But if anyone wants to contend that I’m a genius because I’ve had no choice but to use can openers ambidextrously and learn to live with perma pencil smudges extending from my left pinky to my wrist, I won’t argue.

Other left-handed people may disagree with me and say the status does directly affect their personality. Other personality indicators? Whether or not you make your bed and how you feel about change.