Yes, your parents have a favorite child—here’s what happens when it’s not you 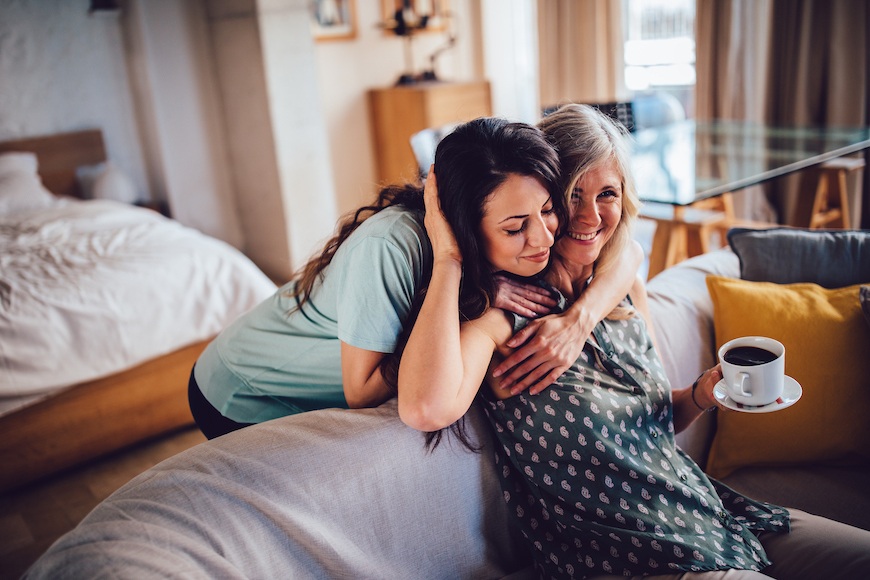 My little brother and I recently engaged in a heated conversation about who’s the favorite child between us and our two other siblings. We’re all grown adults, yet this debate has been ongoing for as long as I can remember. My mom, for one, denies any favoritism, but I suspect she’s trying to shield us from the rather obvious truth: she loves my eldest brother most.

Science says I might be right, at least in terms of the fact that she has a favorite period. Clinical psychologist Alexander Bingham, PhD, says real research backs up the notion that parents prefer one kid. In one 2005 longitudinal study, for example, 74 percent of mothers admitted to having a favorite child while 70 percent of fathers confessed to such a preference. So, odds are good that my parents—and yours, too—prefer one of their kids over the others.

Dr. Bingham says this favoritism happens for the same reasons all humans prefer certain people, and those reasons, he explains, tend to fall into one of two buckets: neurotic and healthy. In psychoanalytic theory, a neurotic need is something an individual develops to protect themselves (like, for example, a need for approval as a means to stave off anxiety). “For neurotic reasons, any person will like or favor people who pander to their neurotic needs and dislike people who do not do so,” Dr. Bingham says. “If/when these needs are not met, the favoritism ends, replaced by dislike and/or another person who will meet their neurotic needs.” This type of favoritism, he says, is not healthy. Rather, healthy favoritism springs from the feeling that a relationship meets certain healthy needs or expectations more so than another relationship. In other words, some parents may (even if just mildly) may favor a child simply because they have a better relationship with that child.

Some parents may (even if just mildly) may favor a child simply because they have a better relationship with that child.

Research published by the Journal of Marriage and Family points to a host of additional factors that may contribute to a parent’s preference as well. These include the closeness of their relationship with that child as well as the degree to which that child’s values align with theirs, how proud they are of that child, and more. Clinical psychologist Laurie Kramer, PhD, also points to evidence of systematic favoritism on the basis of birth order and gender. For example, the research suggests dads are more likely to favor female children, and first-born parents are more likely to favor their first-born child.

Unfortunately (but not surprisingly), whether or not favoritism is healthy, it can be detrimental to children in three ways, says Dr. Kramer: The less-favored child’s sense of self-worth is lowered, the quality of the relationships they have with siblings is compromised, and the quality of parental relationships is also compromised. The preferred child may also suffer due to the strained sibling-to-sibling relationships that may result from resentment around the issue of a favorite child.

And regardless of all this evidence about having a favorite child being a thing, the reality of its function in a family can either be mitigated or exacerbated depending on perception. For instance, one study of four-person families consisting of two parents and two children concluded that the entire group only agreed favoritism was happening about 33 percent of the time. Meaning, regardless of the reality of the situation, family members had differing experiences. “A parent may actually feel that they may be in some ways favoring one child, whereas the kids may perceive that very differently,” says Dr. Kramer. (Hence the lifelong fight among my siblings.)

“A parent may actually feel that they may be in some ways favoring one child, whereas the kids may perceive that very differently.” —clinical psychologist Laurie Kramer, PhD

So, how can you and your parent(s) undo any damage incurred as a result of unhealthy or healthy favoritism? Regarding the former, aka neuroses-based favoritism, Dr. Bingham says one strategy is simple, even if implementing it is labor- and time-intensive: “Through therapeutic work, any parent can learn how to have a healthier, happier relationship with themselves and, therefore, a healthier relationship with other people in their life, including their children.”

And for the latter, healthy favoritism? Many negative effects can be mitigated through simple conversation. “Parents and children very rarely talk about these issues explicitly, and that seems to be the biggest problem. Kids are making these judgments about what their parents are doing and why they’re doing it and whether it’s fair or not, but they’re not always communicating those perceptions to their parents,” Dr. Kramer says. This mode of operation denies parents the opportunity to recognize unbalanced behavior and/or explain it in a way that might make sense to the child. “[Parents] aren’t going to be able to treat kids equally every moment of every day, but they can be a little more verbal and explicit,” she adds.

This is great advice in theory, but if my mom’s response—”I love all my children equally”—is any indication, it might be harder to have the conversation in the meaningful way Kramer suggests. That said, the debates I continue to engage in with my brother might be soon end; he contends our parents like me best because I’m a girl—and it seems, according to science, there may be some truth to the assertion.

Yes, it’s time for everyone to accept that parents are imperfect, flawed human beings. Except maybe not Hilaria Baldwin, who TBH seems a little bit like the exception to the rule—here’s how the mom of four uses yoga techniques to parent.