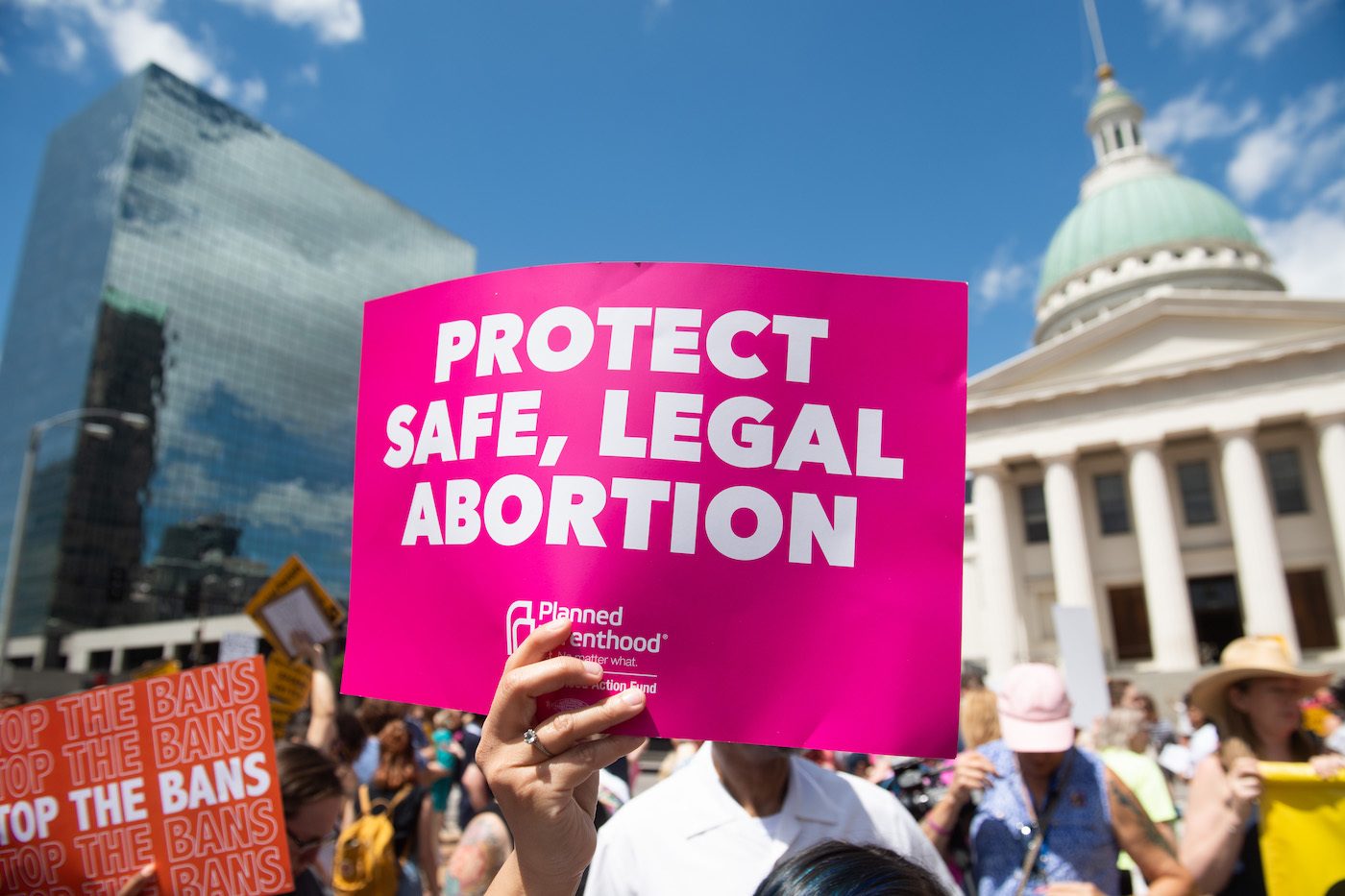 On Monday, Planned Parenthood withdrew from the Title X Family Planning Program, which the U.S. Department of Health and Human Services (HSS) describes as “the only federal grant program dedicated solely to providing [low-income] individuals with comprehensive family planning and related preventive health services.” The exit came in response to the Trump administration’s implementation of the so-called “gag rule,” which prohibits health care providers that receive Title X funds from referring patients to abortion providers, even when asked.

While the gag rule was proposed in February and upheld by the 9th Circuit Court of Appeals in July of this year, grantees had until August 19 “to provide HHS with a plan to comply with the unethical gag rule, or they would be forced out of the program,” Planned Parenthood says in a press release.

The women’s health care provider announced Monday that it would not be complying with the requirements of the gag rule. “We believe that the Trump administration is doing this as an attack on reproductive health care and to keep providers like Planned Parenthood from serving our patients. Health care shouldn’t come down to how much you earn, where you live, or who you are,” says Alexis McGill Johnson, acting president and CEO of Planned Parenthood, in statement. “Our patients deserve to make their own health care decisions, not to be forced to have Donald Trump or Mike Pence make those decisions for them.”

“We believe that the Trump administration is doing this as an attack on reproductive health care and to keep providers like Planned Parenthood from serving our patients.” —Alexis McGill Johnson, acting president and CEO of Planned Parenthood

Up until yesterday, the nonprofit was the single largest provider in the Title X network. Which raises the question: How will a post-Title X Planned Parenthood operate?

According to Planned Parenthood, the provider has been a part of the Title X program since it was created nearly 50 years ago, and has been responsible for serving about 40 percent of all Title X patients—providing them with wellness exams, birth control information, testing for sexually transmitted infections, and more. To put that 40 percent in perspective: About 4 million people rely on the government grant annually for their health care. So a quick math equation reveals that Planned Parenthood will now have to find alternate sources of funding for the 1.6 million individuals who would have been covered through Title X. “In many communities, Planned Parenthood is the only provider of affordable reproductive health care, or the only provider that offers specialized care like on-site IUD [intrauterine device] services or the birth control shot,” reads a statement from the nonprofit.

Planned Parenthood hasn’t publicly announced how it will fill the $60 million gap created by removing its Title X funds, but it’s important to note that Title X isn’t the organization’s only source of funding—or even its main source. According to Planned Parenthood’s 2017-2018 annual report, 34 percent of the nonprofit’s revenue comes from government health services, reimbursements, and grants, and Title X funds are only a sliver of that. According to the New York Times (citing the same annual report), Planned Parenthood reported collecting about $500 million from Medicaid and about $414 million from private contributions.

But, representatives from Planned Parenthood stress, the effects of losing the Title X funds “will reverberate across the country,” as Johnson says. Speaking with NPR on Tuesday morning, Sarah Traxler, chief medical officer of Planned Parenthood’s North Central States, said, “Rural areas tend to be underserved at baseline, and we see a lack of providers, we see folks in those areas who are underinsured or uninsured, and Planned Parenthood and the Title X clinics that we have in our rural areas are often the only provider available to these patients. So patients who are unable to access Title X funds in those areas will be significantly impacted.”

In her statement, Johnson reiterates, “Our doors are open today, and our doors will be open tomorrow.” And Planned Parenthood representatives are optimistic they’ll be able to find the funding they need to continue to stay in operation. “I think we have a host of supporters and philanthropists who will support us,” Dr. Traxler told NPR. “I also know that in some states, we’re organizing insurance navigators who can help patients who are uninsured or underinsured get enrolled in programs in the exchange in the Affordable Care Act. There are ways forward.”

“We are continuing to fight this rule in court, and we will do everything we can to make sure our patients don’t lose care,” Erica Sackin, senior director of communications for Planned Parenthood, adds in a statement to Well+Good. “With the help of our 13 million supporters we will be on the ground—urging Congress to act now to stop the gag rule, and protect birth control and reproductive health care for millions of people.”

Here’s how the 2020 democratic candidates stand on reproductive health and the states actively taking steps to protect abortion rights.