Skip to content
Diet, Keto, You and your body

The Paleo diet may have been eclipsed by other eating plans, but it’s still a major player in the wellness world 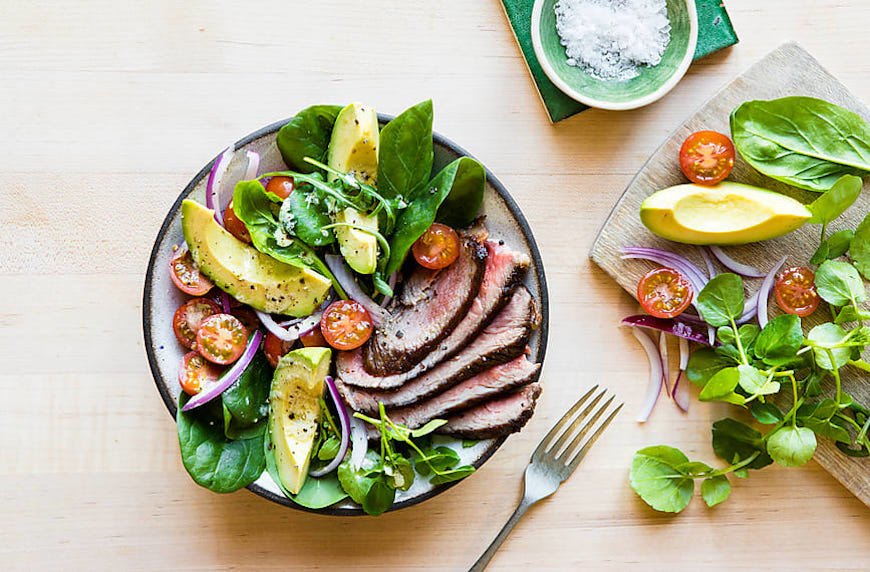 A few years back, the Paleo diet was the coolest thing since sliced bread. (Literally: You can’t eat grains, dairy products, or legumes on it.) But as far as Google Trends is concerned, the eating plan—which advocates consuming what humans supposedly ate way back in the day, before big agriculture and processed foods—reached its peak interest level at the beginning of 2014 and has been waning ever since—with interest spiking every January after the holiday season.

Despite this seeming decline, Paleo is still a big part of the healthy eating world. Companies continue to make and market products for Paleo eaters, from Primal Kitchen’s Paleo mayonnaise to Purely Elizabeth’s grain-free granola. There’s a Paleo Magazine and dozens of Paleo-focused podcasts, all catering to the interests of caveman-imitating eaters. Many nutrition experts, such as Parsley Health founder Robin Berzin, MD, and science journalist Max Lugavere, continue to promote the eating plan and follow a version of it themselves. It begs the question: What’s going on with the former wunderkind of healthy eating plans?

Some of the flip-flopping around Paleo is part of the natural cycle of diet trends, says Lauren Harris-Pincus, MS, RDN, author of The Protein-Packed Breakfast Club: People try them, then move on. “I’m always skeptical of something that is a trendy, popular diet, because there’s a reason why it trends, and usually that’s because it’s just a new way of repackaging restrictions of some kind that promise weight loss or health benefits,” she says.

“In the case of Paleo, the interest that I saw peaked several years ago, and now I’m getting more questions about the keto diet,” adds Jennifer Bruning, MS, RDN, LDN, a spokesperson for the Academy of Nutrition and Dietetics. She says people seem to largely understand the main principles of the diet: prioritizing grass-fed, ethically sourced meat, leafy green vegetables, and healthy fats; nixing dairy, legumes, and grains; eating way less processed food. “I get a lot of questions regarding the difference between [keto and Paleo]. I think people feel like they have something of an understanding of Paleo, but they’re not sure about how keto compares under this umbrella term of low-carb diets.”

There have also been some doubts about whether the Paleo diet is healthy. In January, US News and World Reports ranked the Paleo diet No. 33 (tied with the Fast Diet) on its list of the 41 best diets overall, writing, “Experts took issue with the Paleo diet on every measure. Regardless of the goal—weight loss, heart health or finding a diet that’s easy to follow—most experts concluded that it would be better for dieters to look elsewhere.” More recently, a study from Australian researchers published in June found that following the Paleo diet long-term was associated with increased risk factors for heart disease. (FWIW, this was a small study on only 44 people that contradicts the findings of previous studies, so more research is absolutely needed.) Some research has even suggested that the plan’s interpretation of how Paleolithic-era people ate is totally off-base.

For the record, both Bruning and Harris-Pincus typically recommend less restrictive eating plans. “I also don’t eliminate entire food groups, ever, unless there’s an allergy or strong medical reason,” says Harris-Pincus—an issue she has with Paleo-style eating.

Everything to know about the Paleo diet superstar, the sweet potato:

Despite this, Paleo is hardly a relic of the past, as proved just by a visit to the grocery store. Throw a stone in Whole Foods and you’ll find grain-free crackers, bars, and cereals; a whole nut butter category beyond peanuts; Paleo-friendly protein powders and jerkys; even Paleo condiments. Yet the plethora of packaged options comes with its own set of downsides. “For some folks, having those bars and snacks and things like that available to them is very helpful, and to others, they may reject that as being fundamentally not part of the initial idea of the Paleo diet,” says Bruning—which originally focused on moving away from processed foods to more whole foods available to hunger-gatherers, she says.

Certain core tentpoles of Paleo—like eating ethically sourced animal products and cutting back on refined sugars—have inspired direct offshoots. Take the pegan diet, which was first coined in a 2014 blog post by Mark Hyman, MD, director of the Cleveland Clinic’s Center for Functional Medicine. In the post, Dr. Hyman wrote that he took the best aspects of the Paleo and vegan diets—which “both focus on real, whole, fresh food that is sustainably raised”—to make one eating plan that he feels is super beneficial. It also has some room for flexibility; for example, one can incorporate animal-based protein sources or make it completely vegan, Dr. Hyman previously told Well+Good. This iteration of the Paleo diet still has a following: In December, Pinterest named “going pegan” one of its 100 Pinterest trends for 2019.

Going forward, Bruning says she’s going to pay attention to how the traditional Paleo diet fares as climate-focused diets continue to enter the mainstream. (Remember, the eating plan has long emphasized animal proteins.) “I think it’ll be interesting to watch in coming years to see how [diets that involve animal protein, like Paleo, face] competition from an increase in things like plant-forward eating, environmental concerns, and some various groups that have made statements about what a healthful diet for the body and the planet may look like,” she says.

In Dr. Hyman’s view, environmentalism and Paleo/pegan eating aren’t mutually exclusive. Five years out from that blog post, he says that’s still how he eats. He adds that, now, whenever he can, he aims to eat meat that’s been raised regeneratively—meaning that the farm used a certain set of practices that prioritize soil health in order to reduce carbon impact and improve water quality. “Even if you eat organic or if you eat grass-finished meat, it may not be in a way that’s produced that’s good for the environment, good for climate, good for animals, for the planet,” he says. It’s one shift that could help move Paleo-inspired eating into the future.

So yes, maybe people have overlooked the Paleo diet for keto and intermittent fasting and all of the other numerous hot eating plans that have popped up in the last five years. But it continues to make a mark on wellness that likely isn’t going away any time soon.

Want to learn more about the Paleo diet? Here’s how it compares to Whole30. And here’s what it means when people talk about “primal” eating.