These are the best healthy salads to order at Chotp’d, according to a dietitian 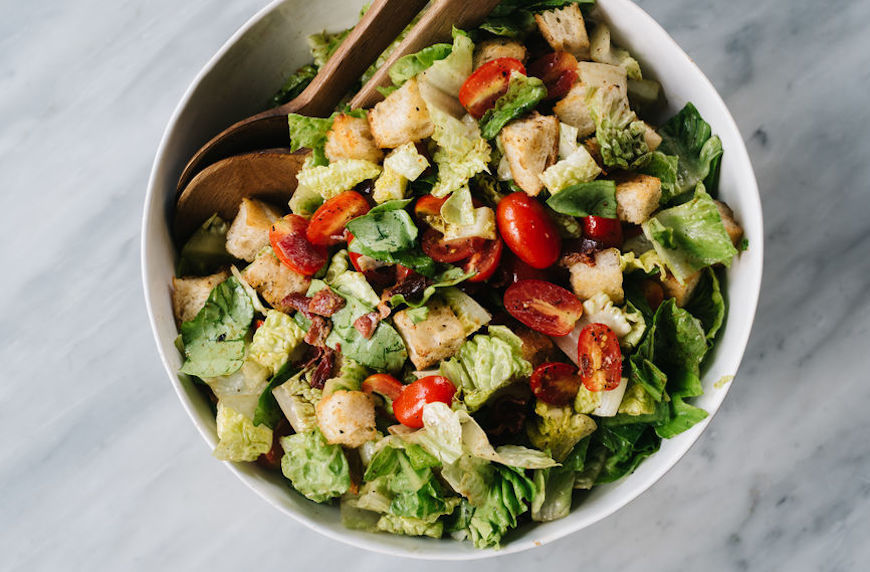 You’ve already scored a healthy win just by making Chopt’d your lunch or dinner destination; anything greens or grains-based is loaded with fiber. But just like at any other restaurant, if you ascribe to a specific eating plan, there are certain factors to consider when making your pick. If you’re keto, for example, some veggies (like corn) are too high in carbs to technically be “allowed” as part of the diet. And if you’re vegan, you might have to make some substitutions when it comes to the protein in your bowl and be extra conscious when choosing the dressing.

That’s where this handy little cheat sheet comes in. Here, registered dietitian Karen Collins, RD, gives her recs on the best Chop’t salads for three majorly popular eating plans: ketogenic, vegan, and Mediterranean diet. Even if your dietary habits don’t fall into one of those three buckets, you can still use her advice to craft a nutrient-dense, super healthy meal for yourself.

What an RD says: While there are several salads on the menu full of keto staples like chicken, eggs, and avocado, Collins says both the classic kale Caesar and the Mexican Caesar (which has a spicier dressing, jalepeno peppers, cotija cheese instead of Parmesan, and tortilla chips instead of croutons) are her top picks. The kale Caesar has 12 grams of net carbs while the Mexican kale Caesar has 19 grams of net carbs, “which are both decent for keto,” Collins says. (Just remember that keto typically goes for 30 grams of carbs or less per day, so you’ll want to factor that into your consideration for meals the rest of the day.)

Order tweaks: “If you want to get it even lower in carbs, order it without the croutons or tortilla chips,” Collins says. She also recommends going light or medium on the dressing, not heavy.

If you make your own: While grains are definitely too high in carbs to consider when building your own bowl, Collins says you can’t go wrong with greens as a base, and especially low-carb spinach or romaine. When it comes to protein, her pick is grilled chicken. “I’m not sure what they do to the roasted chicken, but it’s higher in carbs for some reason,” she says. As for other veggies to add, her picks are cucumbers, tomato, and broccoli, all of which are good sources of fiber, but low in carbs. When it comes to the dressing, she says the simple oil and vinegar add healthy fats.

Looking for more healthy options when you’re dining out? Check out an RD’s guide to ordering at Chipotle:

What an RD says: Even though everything on the menu is totally customizable, Collins points out that the Mexicali vegan salad is good to go as is. “If you get it as a wrap, it will be a bit more filling because the wrap has a few extra grams of protein,” she adds. The kebab cobb salad she says is another good choice full of plant-based protein, and it’s fine as is for vegetarians, but if you’re all-out vegan, you’ll need to make some order tweaks.

Order tweaks: “If you’re vegan and order the kebab cobb, just be sure to ask for it without feta cheese and switch the dressing from the Greek yogurt tzatziki to something oil-based and dairy-free,” Collins says, like the spicy sesame vinaigrette.

If you make your own: Going off the menu? Collins says there’s lots of room to play when making your own bowl. “You can start with either grains or greens—both are full of fiber—and add tofu as your protein,” she says. Then, fill it with other veggies to add more fiber and flavor. Similar with keto, she says when considering a dressing, choosing one that’s oil-based will be the healthiest way to go—and you won’t have to worry about dairy being in there either.

What an RD says: Chopt’d literally has a grain bowl with Mediterranean in the name—made with roasted chicken, cucumber, tomato, cabbage, feta cheese, crispy chickpeas, and a lemon tahini dressing—and Collins says it does, in fact, meet the eating plan’s requirements. She adds that the kebab cobb (yep, again) also works because it’s full of veggies and plant protein, which are the pillars of this diet.

If you make your own: “Something I think is good to keep in mind with the Mediterranean diet is that it doesn’t actually have to have the flavors of the Mediterranean in order to fit with the guidelines,” Collin says. “This eating plan allows for so much variety.” Her expert tips when building your own bowl: Fill it with fiber (either grains or greens work as a base), choose a plant-based protein such as lentils or chickpeas, and choose an oil-based dressing full of healthy fats.

For more dietitian-approved advice on what to order at your favorite places, check out this guide to eating at The Cheesecake Factory and this one for eating at Subway.