These herbs, flowers, and plants will help make your home an insect-free zone 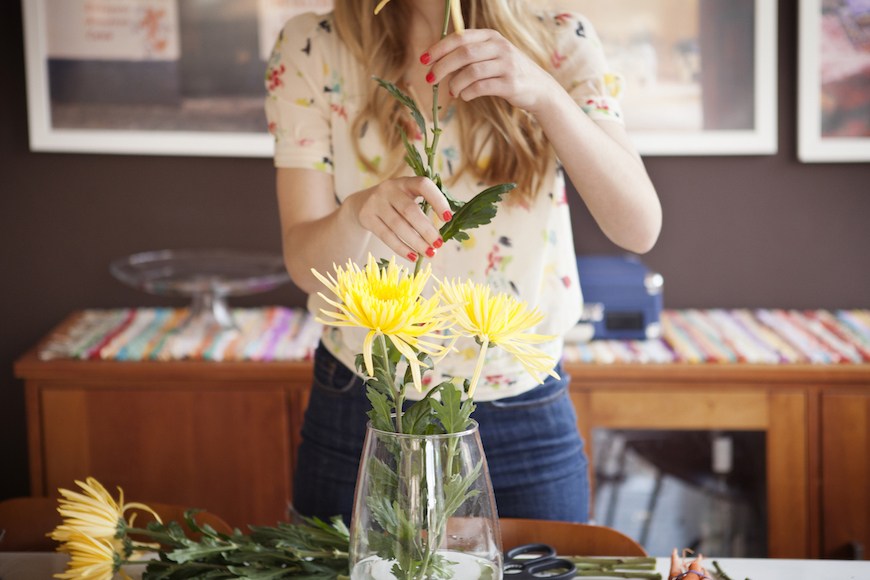 You know the insect prob has gotten bad when opening a window leads to a whole internal debate: How much fresh air is worth a swarm of gnats moving in? Hmm, maybe if I wear a hoodie and sweats I can sit on the porch with my wine without getting any mosquito bites.

Sure, there are workarounds, like setting natural traps on every surface, or gifting every guest who enters your home a complimentary fly swatter. But there’s also an easier—and beautiful—way to ward off bugs: using plants.

Home decor that adds greenery and works to repel bugs at the same time is a double win—but it’s important to know which plants are actually up to the job. Here, Paris Lalicata, a customer experience coordinator at garden center marketplace and resource The Sill, shares exactly which ones will work.

“There are a lot of common herbs you can grow [in pots] in your windowsill that repel bugs including rosemary, lemon balm, lemon grass, peppermint, and lavender,” Lalicata says. The reason why they work so well, she says, is because they all have strong aromas, which insects—including gnats, flies, and mosquitos—don’t like. (For whatever reason, trash and rotting food is more their jam.)

“When you’re growing these herbs, they’re going to need a lot of light,” she says. “You can either put them in a place where they’ll get direct sunlight for six hours a day, or you can use artificial lighting to mimic that.” Lalicata also says that these herbs require nutrient-rich, moist soil, so be sure to keep the dirt damp with regular watering.

Use the aromas of your herbs to place them in places not only that will keep bugs away, but will enhance the room through their scents. Growing rosemary in a window box in the kitchen, fresh lemon balm in a bathroom window, and calming lavender in the bedroom, for example, will allow the plants to transform the spaces they’re placed in.

Marigolds, petunias, and chrysanthemums are insect-repelling flowers that can be incorporated into backyard patios and gardens so you can enjoy mild summer evenings without spending the entire time swatting away flies or mosquitos. (No pun intended, but it’s a major buzzkill.) Similarly with herbs, the reason they work so well repelling insects is because of their strong scents.

“Where I live in Pennsylvania, these flowers are really popular for this reason,” Lalicata says. “Not only do they look pretty outside, but you can have big, flowering pots of them inside too and they look beautiful.”

Another way, Lalicata says, you can use plants to repel bugs is with carnivorous plants, aka plants that get their nutrients through insects. You know those plants with red and white heads in your old Mario Bros. Nintendo games? That’s one example of a carnivorous plant (the IRL kind is called a bonsai slurperon flower). Others examples include venus fly traps, butterworts, and sundews. “Venus fly traps eat bugs while butterworts have these sticky filaments on the edges of their leaves that insects crawl into,” Lalicata explains.

Unlike herbs, Lalicata says these types of plants don’t need nutrient-rich soil, since they are getting their nutrients through insects instead. She recommends a low-nutrient soil, kept moist. As long as your carnivorous plants get an insect a week to eat, they could have enough to sustain themselves on.

Incorporating greenery and flowers into your home isn’t the only way to keep bugs away, but it just may be the prettiest. And at the very least, it smells a heck of a lot better than those apple cider vinegar traps or bottle of bug spray, that’s for sure.

Speaking of helpful greenery, these plants help purify the air. If you don’t exactly have a green thumb, try starting with these four hard-to-kill houseplants.