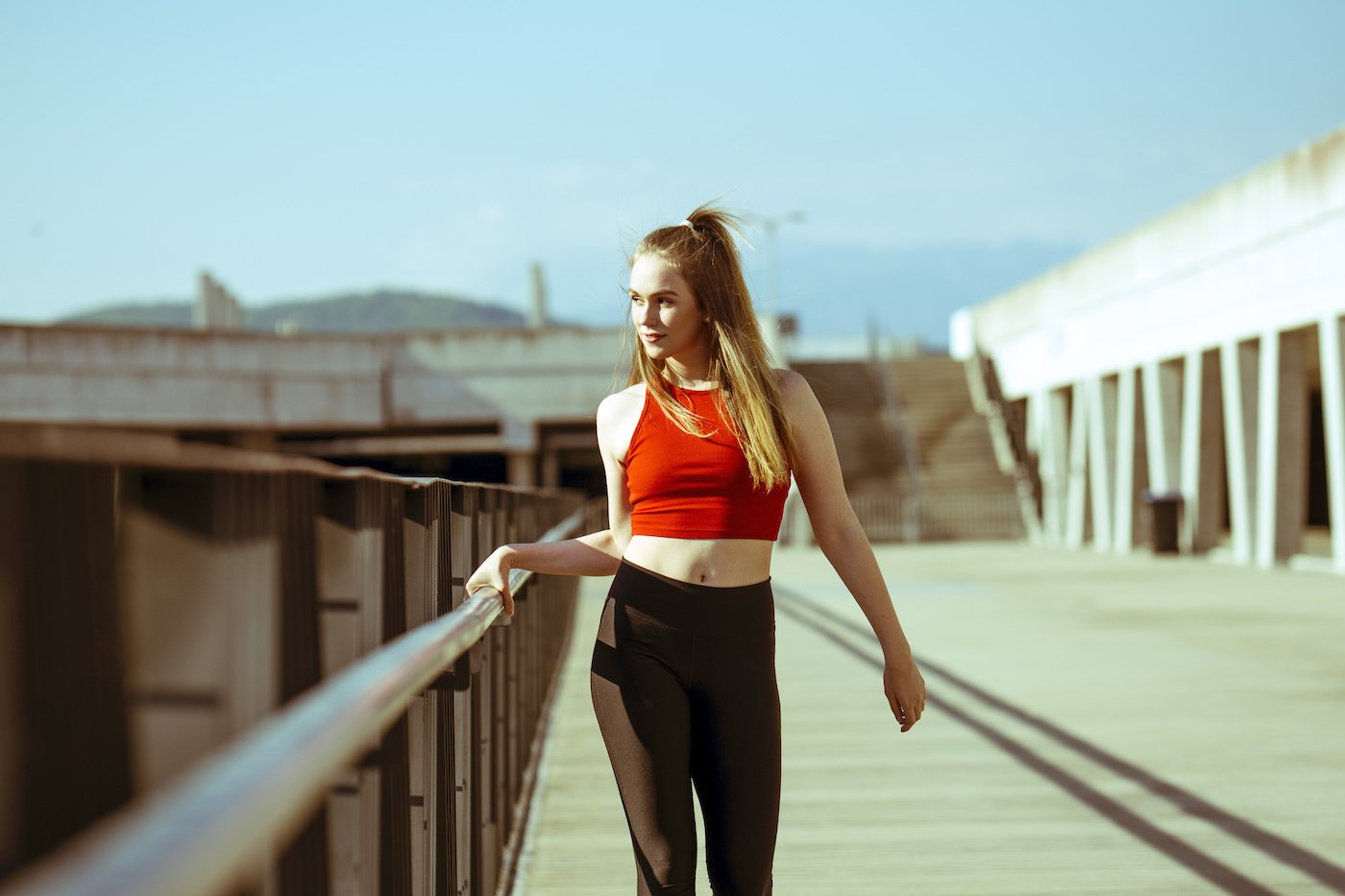 On days when I just do not feel like working out, I’ll typically either opt to run very, very slowly, or walk very, very quickly. During one recent treadmill trot, I started wondering if slow running and power walking had different benefits. They’re both easier than kicking the tread up past 7.5, and they both help you get your steps in, while elevating your heart rate—but which gives you the best bang for your buck? According to two different trainers, it depends on what you’re looking for; however one thing’s for certain: Brisk walking counts as a sweat sesh.

“When it comes to running and walking, both are great ways to get the body moving, keep the heart healthy, and improve your mood,” says Elena Moffa, creator of E3 on NEOU fitness. “However, while power walking or slow jogging the same distance may have a similar calorie deficit and heart rate effect, they’re obviously different from a biomechanical standpoint.” Running, even when done slowly, recruits different muscles than jogging does, and it puts different impact on your joints and body as a whole.

If you’re worried about your joints or are looking for something that’s gentler on your body, definitely stick with power walking. “Walking is more horizontal and jogging is more vertical. There’s less pounding and impact on the joints when you walk versus a slow jog,” says celebrity trainer Harley Pasternak. Surprisingly enough, he points out that a sprint is better on your body than a slow run, because a trot is very close to an up-and-down movement, while a sprint is meant to propel you forward quickly. “Think of a horse that’s going as fast as possible versus a horse that’s trotting,” he says. “A trot is a cloppity-clop, up-and-down movement. When you watch someone jog, there’s a lot of bouncing.” Sprinting involves much less of the vertical movement, which can create stress on your joints.

Another reason walking is often the best choice is that, psychologically, it feels easier than even a slow run—which means many of us are motivated to do it more frequently. “I’m a big fan of walking, because it’s easier on the joints, you don’t need special shoes, and you don’t need to be psyched up or mentally ready to walk—you just do it whenever,” says Pasternak. “It has a low rate of perceived exertion, so you do it longer and more often.” He always recommends hitting 12,000 steps per day in the most “painless and sustainable way possible,” so really it’s all up to you.

“When it comes to which exercise is ‘better,’ it really depends on your health, physicality, and fitness goals,” says Moffa. “I generally like to give my clients the option to choose either one, depending on how they feel that day and alter the intensity variables in order to get their heart rates where they need to be for the given workout.” Both are forms of exercise, after all—but ain’t nothin’ wrong with a power walk.

Lost your running mojo? Here’s how to get back into running if it’s been a while. And here are a bunch of walking workouts to try when you don’t feel like hitting the pavement.