Move over, adult coloring: Friendship bracelet making is the best way to soothe a busy mind 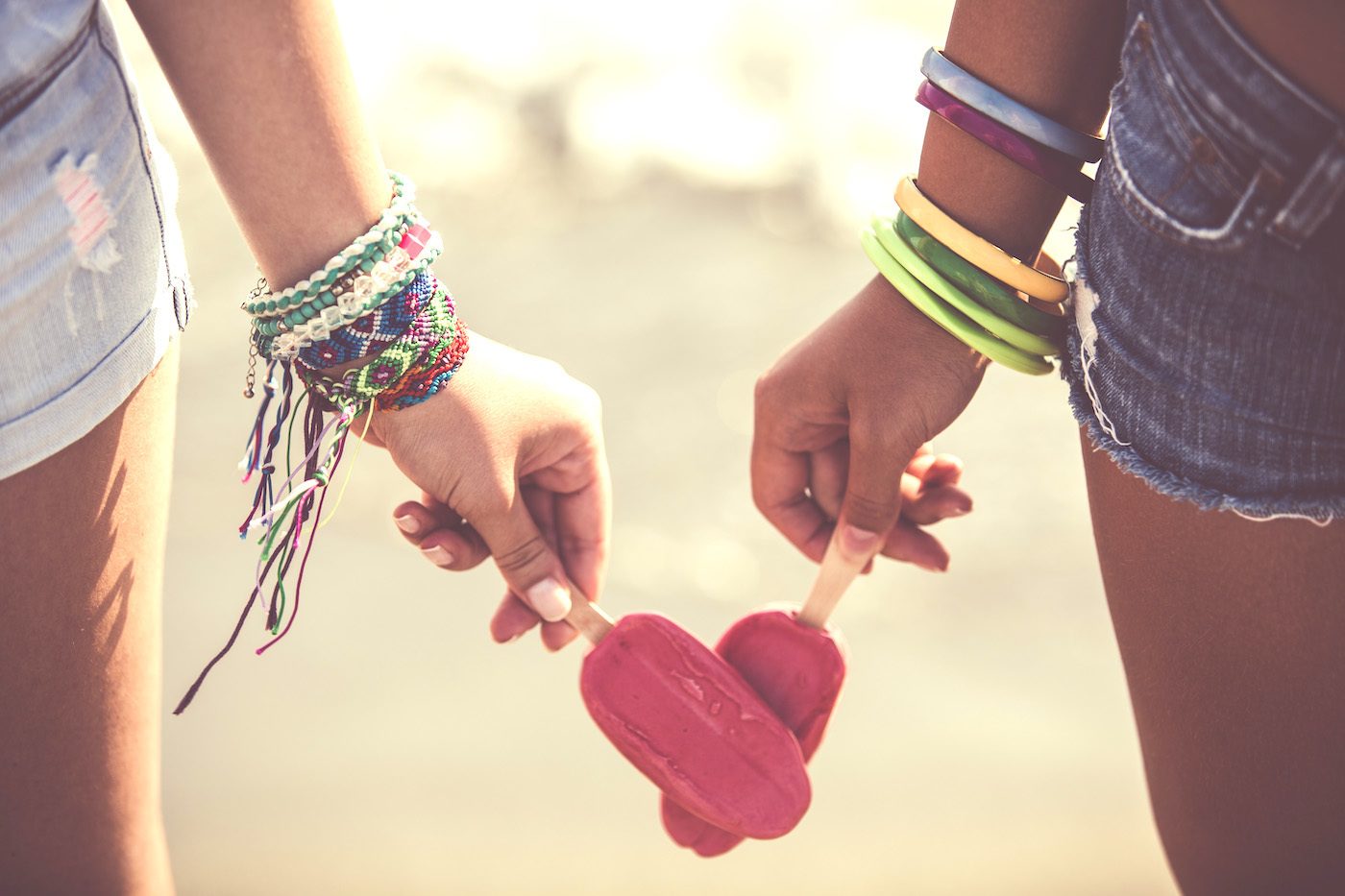 When I was seven, a camp counselor at the Warwick, Rhode Island YMCA taught me how to make a friendship bracelet. She gave me three different colored strings, and demonstrated the “four” pattern I had to follow to tie each individual knot. My first foray into crafting my own was total crap, but I triple-knotted that thing within an inch of its life and wore it until it was so faded and frayed that my mom made me cut it off because it was embarrassing her. (And also, it smelled.) But man oh man, did I love it… and the hundreds of other friendship bracelets I made from the years of 1999 to 2006.

So this summer, when I saw everyone on Instagram shelling out over 40 bucks a pop to stack their arms with the multicolored string bracelets in the latest nostalgia-centric style trend, I thought, “pshht, I could do better than that” and ordered myself a 13 dollar kit of string and beads on Amazon. When it arrived, I posted up on my couch in complete silence, tied six pieces of string around my toe—the way my counselor taught me to—and got to work on a chevron pattern. By the time I looked up, three hours had passed. I hadn’t checked my phone once (no small feat for someone who averages 193 pick-ups per day, according to the Screentime app), and the intense anxiety that I’d been feeling about work/never finding a boyfriend/that one weird thing I said to my best friend in 2014 had just kind of… melted away.

At this point, it feels important to share that I am a self-proclaimed “bad meditator.” I know that there are hundreds of mindfulness coaches out there that would argue that that’s not “a thing,” but I have $400 worth of an unused Headspace subscription that would say otherwise. It’s not the whole “chilling alone with my thoughts” thing that I don’t enjoy, but rather the whole “chilling in general” thing. I’m far more comfortable sprinting at 100 miles per hour than sitting still, and my technology and work addictions are no joke (see: the 193 times I apparently pick up my phone per day). And also, anxiety! But unlike traditional meditation, which requires focusing on the act of meditating, bracelet making forces me to focus intently on the act of bracelet making, which somehow allows my mind to zen out in a way that it’s never been able to before.

“Any repetitive process that you focus your attention on can be a meditation,” says Aimee Daramus, Psy.D, pointing to studies that support the benefits of knitting and crochet. “It’s definitely possible that [making] friendship bracelets could be the same. The benefits would come from focusing your attention on the task.” Sorry, stress and anxiety, but when you’re tying a thousand teeny, tiny knots over and over and over again, it’s pretty hard to think about anything other than those teeny tiny knots.

This next-level attentiveness can be key for clearing your head in a way that doesn’t involve listening to the sounds of an accented robot telling you to breathe in and out (à la the meditation app I’ve used a total of three times) and it’s still considered a form of mindful meditation. “Mindful meditation is about being present with your breathing and non-judgmental about any thoughts or feelings that pass through your mind,” says Dr. Daramus, adding that at its core, mindfulness is about being in the moment and staying present with what’s going on. “You learn the skill of letting go of those thoughts and feelings by noticing them and returning to focusing on your breathing. Friendship bracelets could work in the same way,” she says.

According to The American Psychological Association, the benefits of mindfulness include reduced stress and anxiety, improved focus, and less impulsive responses to strong emotions. “Mindful attention to anything could have some of these benefits, so crafting mindfully could be a great alternative for people who aren’t into meditation,” says Dr. Daramus. The principle is essentially the same as that of adult coloring (remember when that was a thing?), except better because you get to wear a pretty bracelet at the end of it.

Do your best to fully focus on the task at hand, and if something distracts you, “notice it without judgment and return your attention to the experience of crafting the bracelet,” she recommends. And also? Pick pretty string colors, because you’re never going to want to take them off. At least, until they start to smell.

Another way to practice mindfulness? Get moving. And if none of these methods seem to work, here’s how to pick the best type of meditation to fit all of your wellness needs.