Skip to content
City, Vegetarians, You and your body 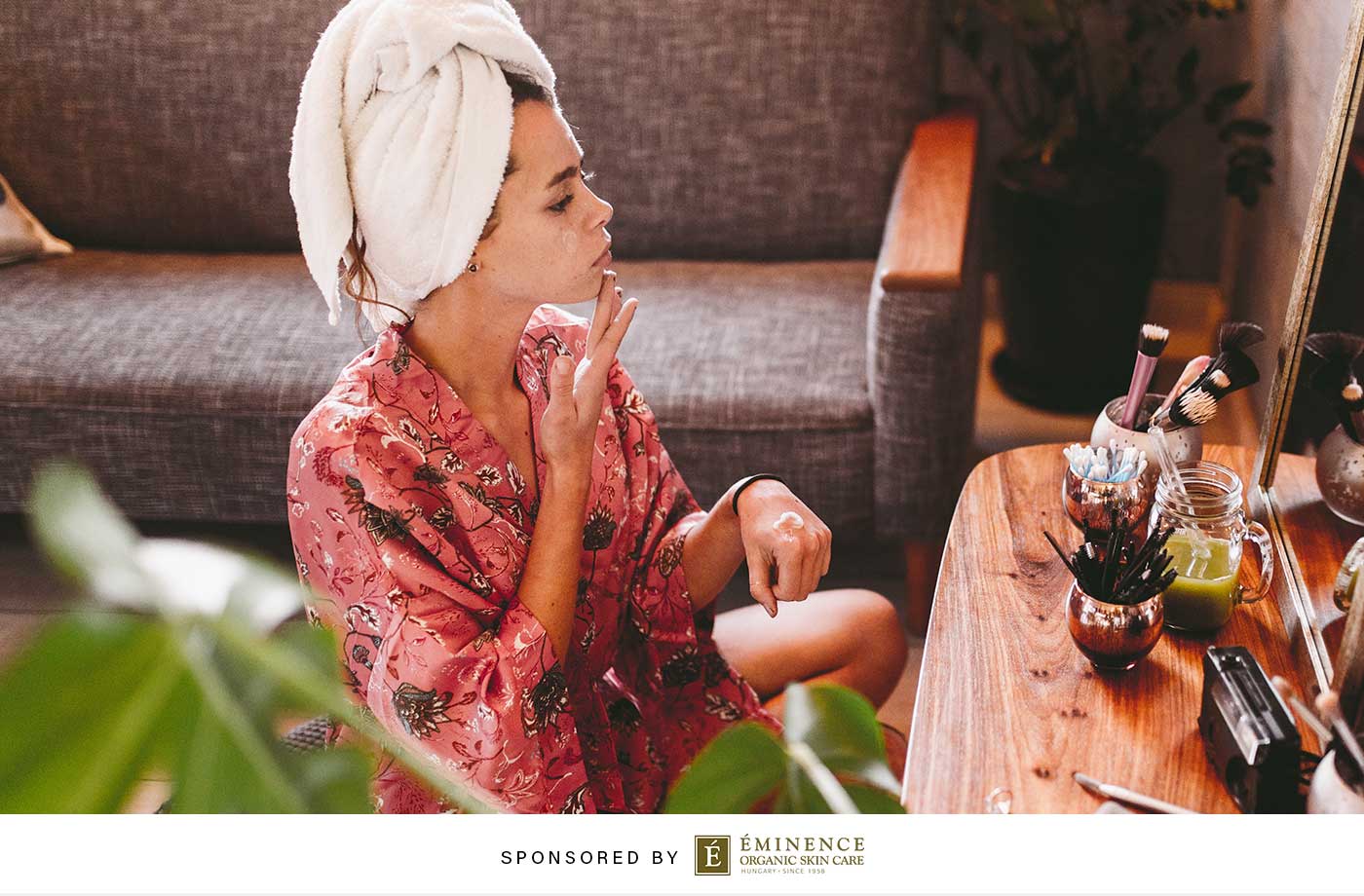 Grilled on skewers, whipped into an omelette, or acting as a vessel to stuff in even more veggies—is there any way you don’t love mushrooms? Newsflash: There’s about to be a new one, because they want in on your face. That’s right, the potential benefits of mushroom (and other forest-grown ingredients) are making their way into your skin care, and it couldn’t be happening at a better time.

“Stressors from environmental pollution, digital pollution, and our fast-paced modern lifestyles [can] create barriers to the natural world and wreak havoc on our health and our skin,” says Natalie Pergar, lead skin care trainer at Eminence Organic Skin Care.

So are Netflix and smog doing not so-great-things for your skin? Pergar thinks so—but says that exposing your skin to nature, like the Japanese practice of forest bathing, can help.

“The Pure Forest Collection brings the restorative properties of the forest directly to the skin, allowing us to release the stress of urban living and reconnect with nature.”

That’s why Pergar and the team at Eminence Organics took things back to basics with their latest collection. “The Pure Forest Collection [helps] bring the restorative properties of the forest directly to the skin, allowing us to release the stress of urban living and reconnect with nature,” she says.

And the star ingredient? Mushrooms, of course—specifically supercharged reishi and snow mushrooms, both of which have been buzzed about for their potential radiance-boosting powers.

Keep scrolling to learn more about the reported skin-care benefits of mushroom. 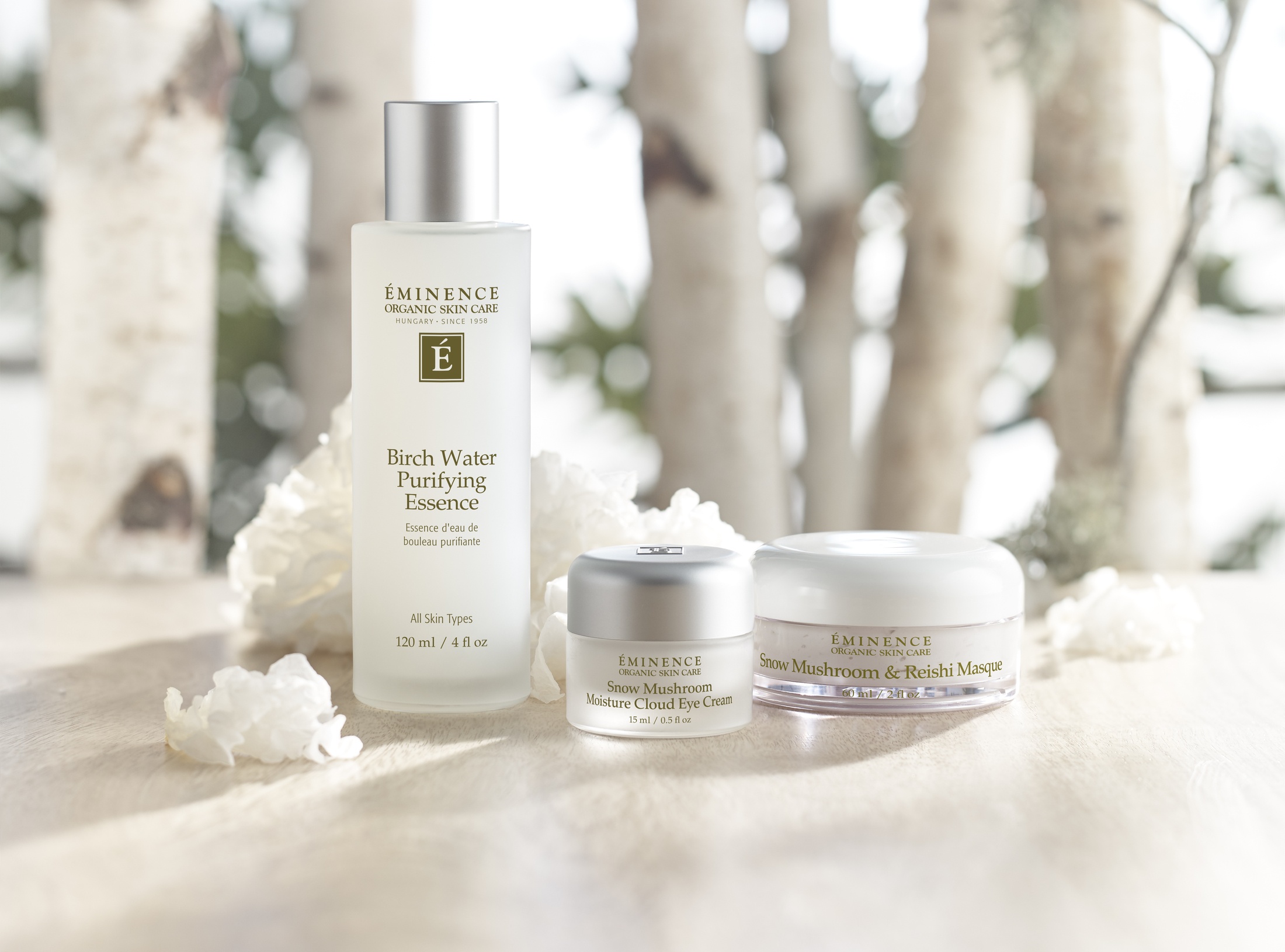 Its real name is Tremella fuciformis, but everyone calls it snow mushroom (or snow fungus, snow ear, or white jelly mushroom, if you’re in the know). Usually found in the tropics, it’s also a popular ingredient in Chinese medicine.

“Snow mushrooms are a super-hydrating ingredient that pulls moisture back into the skin, enhancing elasticity and aiding in natural collagen production,” Pergar explains. Pergar says it can hold up to 500 times its weight in water with a smaller molecular size than hyaluronic acid, which means the moisture may be better absorbed by your skin (skin-care buffs, take note).

“Reishi mushroom is also known as a powerful adaptogen possessing more than 400 active compounds including antioxidants, which help reduce puffiness and restore a healthy glow to the skin,” she adds.

Try it with Eminence Organics’ Snow Mushroom and Reishi Masque, which works to help reduce puffiness and promote a silky-smooth finish. Bonus: It also features birch water, known as nature’s detoxifier, which Pergar says can help purify. It’s official: Mushrooms are now a skin-care it ingredient.

In partnership with Eminence Organics