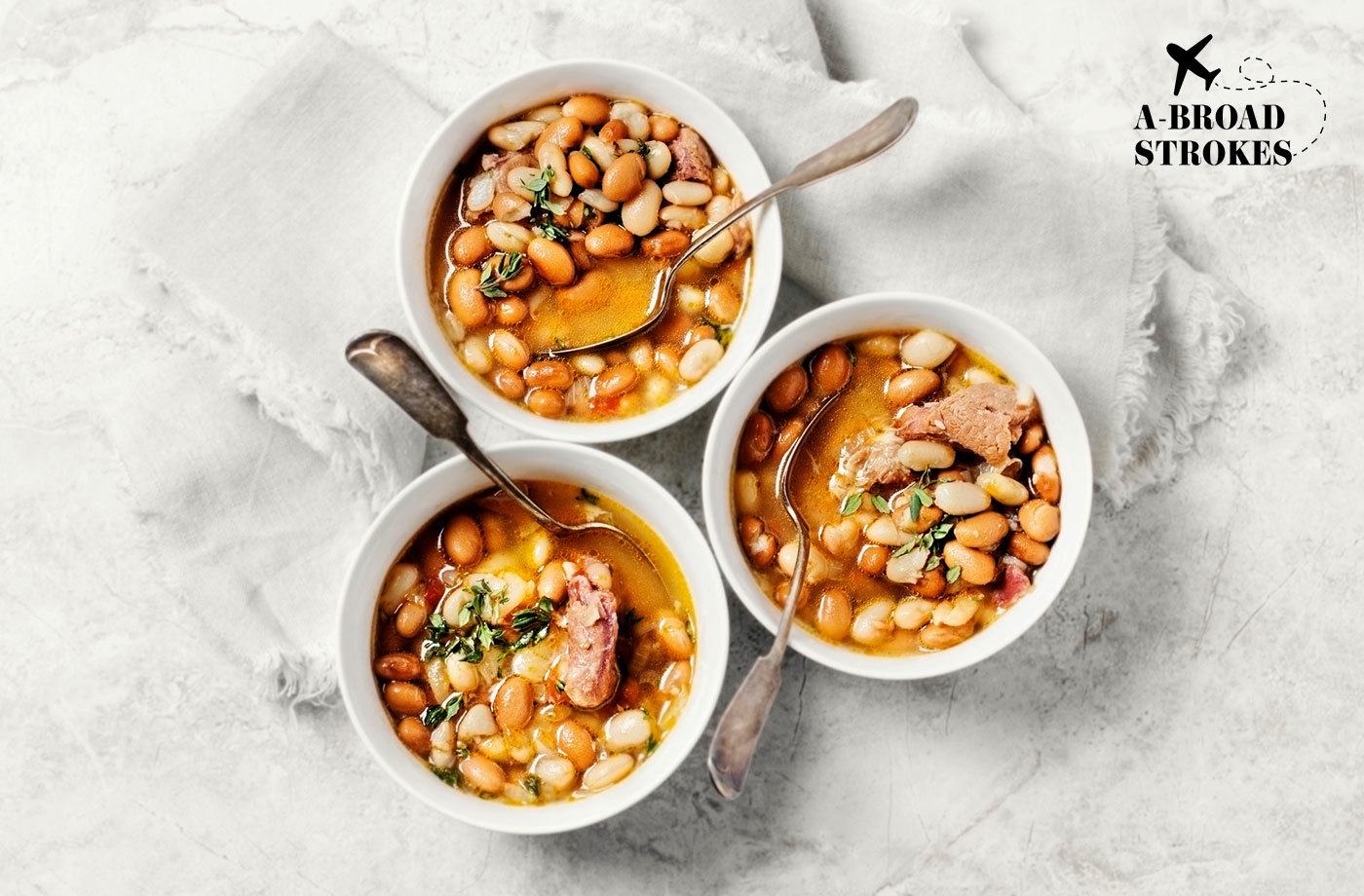 After returning back stateside from the picturesque hills of Tuscany, people usually rave about the pasta, pizza, gelato and other well-known Italian-cuisine staples they enjoyed. Not me. The high-protein dish—bowl, to be more precise—that stole my heart the second I took a whiff of it simply doesn’t fit in with those other must-eat meals. What could possibly compete with gnocchi, fusilli, and penne, to permanently imprint itself in my memory, you ask? A cannellini bean soup so divine that I followed a waiter into the kitchen and asked (er, begged) for the Italian soup recipe from the chef.

It all started when we sat down for lunch in the teeny-tiny town of Parma, just a short drive from the villa my family called home for the week. People around us chatted and shared enormous plates of pasta and broke out in fits of laughter. It wasn’t just lunch on a Tuesday—it was midday happy hour.

If you’ve ever spent time eating your way thorough the Italian countryside, you know that each contorno (as side dishes are called in the boot-shaped country) is a mini-masterpiece—and that section of the menu is exactly where I found my sacred soup. Served up in a steaming bowl, the beans didn’t look special, but as I dipped my spoon in the half inch of broth to scoop some up, I took a deep inhale. An earthy aroma wafted into my nostrils; if some genius food scientists somehow bred butter, sage, and garlic, the resulting miracle would smell just like the soup. Each bite tasted better than the last. And, in the end, I was left with only one thought: I must bring this precious soup back to the US. (For purely selfish reasons, if I’m being honest.)

The soup also delivers in the nutrition department. A half cup of cannellini beans has a not-too-shabby 8 grams of plant protein and 6 grams of fiber per cup.

After a fair bit of cajoling, the waiter told me the Secrets of the Soup—and now, internet fam, I’m passing it on. Online, you can find replicas of the Tuscan fare that outline the amount of required ingredients and steps on how to prepare the side. (Yawn.) But given my personal preference for cooking haphazardly by “eyeballing” things, I took the somewhat vague instructions the chef uttered to me for the Italian soup recipe in the restaurant’s minuscule kitchen and ran with them—without measuring a damn thing.

The instructions were as follows: “Pour a can of cannellini beans into vegetable broth with sage and garlic and cook for a long time.” See? Who needs a recipe anyhow? The soup also delivers in the nutrition department. A half cup of cannellini beans has a not-too-shabby 8 grams of plant protein and 6 grams of fiber per cup. Garlic is an aphrodisiac (among other things), and sage is known for its cognition-boosting effects. A somewhat less tangible benefit? The beans provide that cozy, comfy flavor that’s ideal for fall weather.

Back in my apartment in New York, I collected the four necessary ingredients and tried to re-create my Italian lunch. Mine doesn’t mimic the Italian version exactly, but each spoonful feels like a brief, wonderful flashback to the week I spent happily tripping on cobblestone streets and pretending I knew things—any things—about red wine.

Just do me one favor for when you experience this protein-packed Tuscan bliss for yourself: Each time you take a bite, close your eyes and picture the exquisite provinces of Tuscany unspooling before you. Easy enough, right?

One of our editors got over a breakup with a motorcycle ride in Chile, and another discovered her favorite running route in Greece.