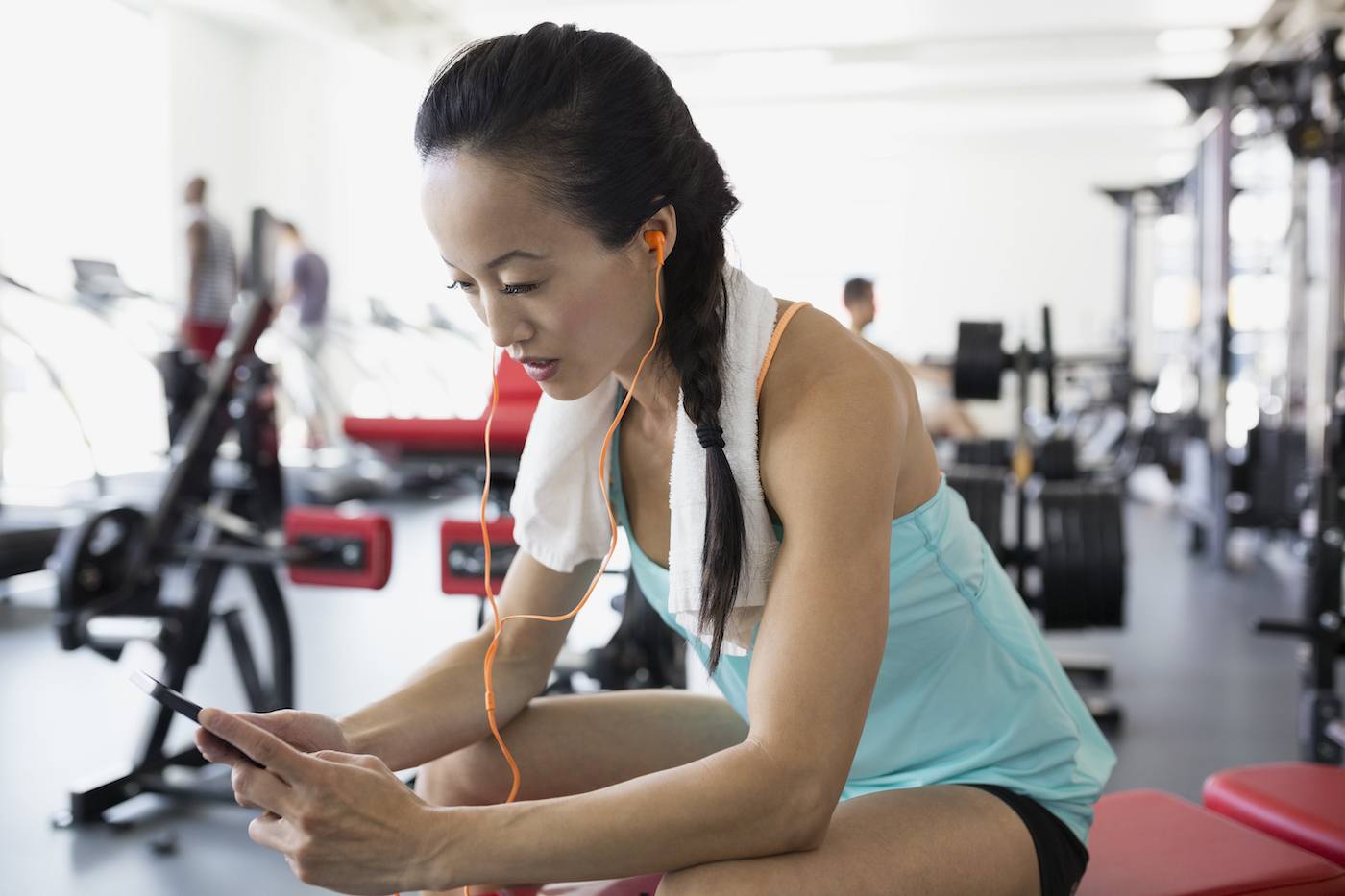 Hot take: the way we use gyms is changing, which means gyms themselves need to change with us.

Thanks to the rise of digital fitness, gyms have become a playground, rather than a maze. With coaches in our pockets and on our wrists, we can work out anywhere, anytime, with nothing more than a mat and our bodyweight. We no longer need to schlep to the big-box down the street to get our sweat on—hey, we don’t even need to leave our living rooms or put on pants. So, as physical spaces become less of a necessity, how can those who run them adjust so that they don’t become obsolete?

“I think they should build their gyms to look different,” says Brynn Putnam, founder of Mirror Home Gym System. “The era of consumers prioritizing the newest treadmills and the nicest showers is over. Now, they’re prioritizing smart content and great instruction, so resources should be allocated appropriately.” Traditionally, these have been the things that have drawn gym-goers to want to pay a monthly membership to a gym, but now that demand is shifting.

“The rise of digital fitness has shown that the consumer is hungry for better quality content and instruction, and they’re willing to pay a premium for it more-so than high-end amenities.” Putnam says she first noticed this when she was building Refine Method, a barre studio in New York City that offered minimum amenities, but poured its resources into instruction. “We had well-researched classes and engaging talent, and that experience was more important to the customer than the facilities.”

Putnam points to New York Sports Club’s functional open gym floors (which are great for putting yourself through an app-led HIIT workout) and small pay-per-class group training experiences as promising first steps—but says there’s still a way to go. “The gym itself is still oriented around this self-guided, self-motivated solo workout experience, where you sort of have to navigate your way around a gym and figure out what you’re doing and if you’re doing it right,” she says. The fix? Changing gyms to allow for more instruction and interaction, two things that have become cornerstones of digital fitness.

Anytime Fitness CEO Chuck Runyon has made note over these needs, and started to adjust his clubs accordingly. “We’re creating spaces where we can coach our members, and there’s a little more social interaction,” he says, noting that one of the main goals is to increase interaction between members and other coaches to foster a sense of community.

For what it’s worth, Runyon is a big believer in digital fitness—Anytime Fitness even has an app of its own—but he isn’t all too worried about gyms being outpaced by streaming content or new gadgets. “At-home fitness has been round a long time, from Jane Fonda to home exercise equipment to the Wii,” he says. While he’s supportive of new technology bringing fitness to people who wouldn’t usually have it, he’s also a big believer that most people need human interaction and support—from a trainer—to keep them motivated. To him, apps can only do so much.

Gold Gym’s president and CEO, Adam Zeitsiff, says that it’s incredibly common to see people using digital fitness on machines at the gym, which he notes allows them to take “better advantage of the facilities” and ultimately get more out of their workouts. According to him, technology has helped people to refocus their efforts and really tune into what they’re doing. “People might have just come in and hopped on the treadmill, elliptical, or bike with their iPad to watch a rerun of Friends instead of focusing on what they’re doing,” he says; however now, “they’re focusing on their digital fitness app and that 30 to 40 minutes have been transformed.”

Likewise, the integration of smart hardware—like The Mirror or Peloton Bikes—into physical spaces will continue to rise. “A lot of these technologies that are going in homes will start going into gyms because it will allow them to provide good content and instruction all the time,” Putnam says. This will allow gym-goers to have access to top trainers at all times, and even bring about geographic accessibility, where it hasn’t traditionally been available. “First the boutique space was brought home via technology, and now technology is coming back to big box gyms as a way to make the facilities come alive,” says Putnam.

While Anytime Fitness has integrated things like heart-rate tracking and visual assistance into their gyms, Runyon doesn’t plan on following the lead of other brick and mortars and investing in next-gen, digitally-equipped machines just yet. “I think some gyms are doing that, but people are getting more into the small group training where they can still quantify their workout and do that with a live instructor or their peers,” he says, adding that while some clubs have invested in things like Peloton, he hasn’t quite seen it take off. “What clubs are trying to say is, look, you can do Peloton at home, but when you come to the club you can get a real trainer or a real experience in a group experience.”

As consumers and fitness lovers, it’s an exciting time. We don’t have to choose between at-home and in-club fitness, or digital or IRL—we can now get the best of all worlds all at once.

If you’re all about digital fitness all the time, these are the best of the best of the apps, all in one place. And here’s all of the (cool!) new fitness tech our editors can’t stop talking about.