Go ahead, blame your zodiac sign for your love of gossip 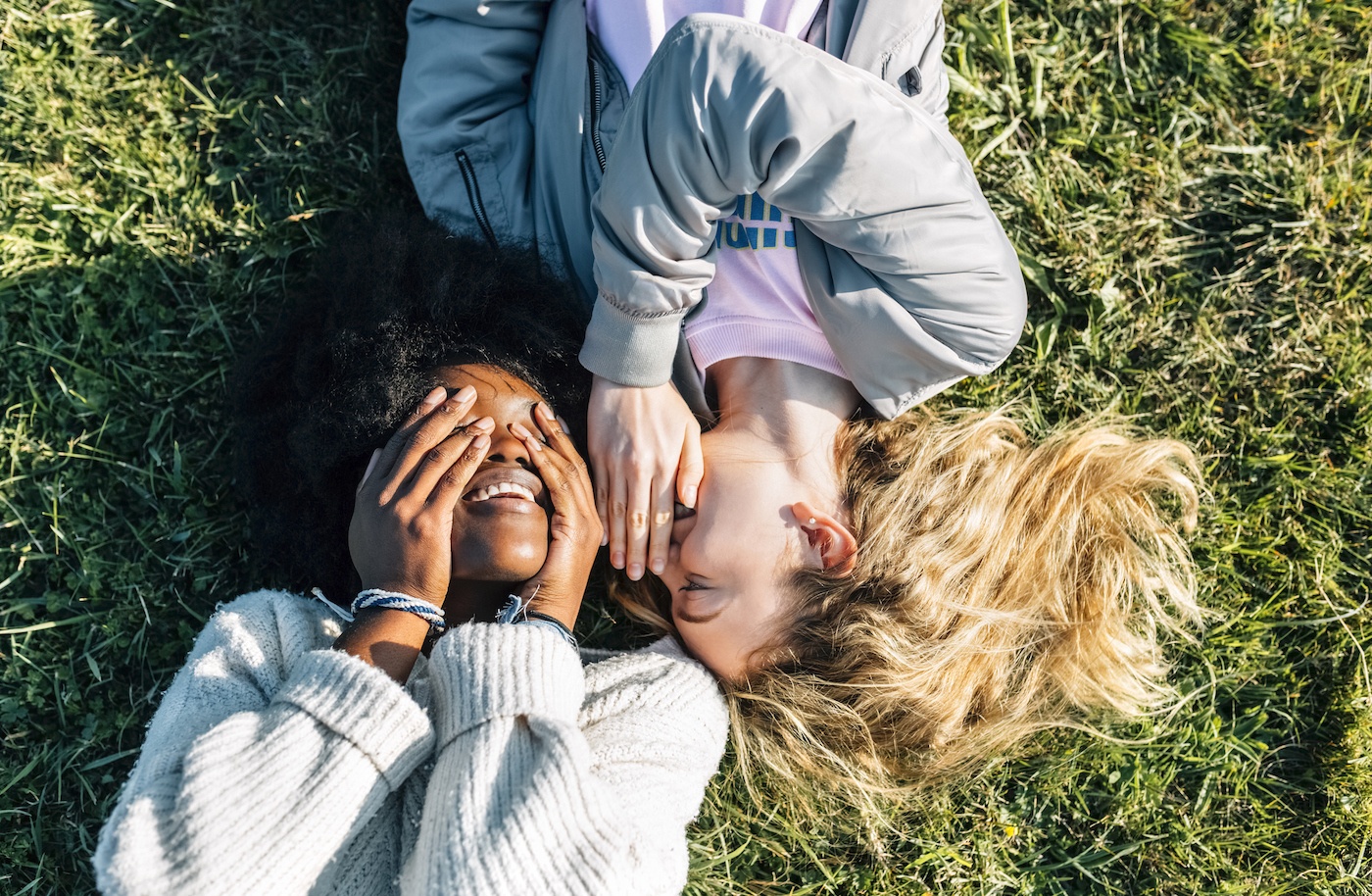 Arguably, we live in the age of legitimized gossip. Just last week, a personal essay airing influencer Caroline Calloway’s dirty laundry secured word count on New York Magazine‘s website and proceeded to spread like wildfire across the internet before landing in, of all places, The New York Times. Gossip! Perpetuated by The Gray Lady! Oh, 2019—how dare you!

While this trend certainly won’t be viewed by many as the pinnacle of humankind, gossip is not actually as shameful a habit as we believe it to be. Or at least, we shouldn’t be as ashamed of it as one of my editors was made to feel earlier today when an astrology app bluntly notified her that she’s using gossip to secure her social status. In fact, that’s what gossip, in part, evolved to do—bond people together, as well as allow them to share information about others that would have (and still may be!) beneficial to survival. In other words, it’s an effective, honed-over-generations social strategy we all come by naturally. We’re actually rewarded, for the behavior, too; the act’s been shown to increase oxytocin, aka “the cuddle hormone.” This isn’t to say there’s no reason for gossip’s bad rap, however. Exclusion from your “clan” can cause the brain to over-activate its stress pathways, and such exclusion is undeniably engendered at times by gossip. Plus, it’s usually kinda petty, no?

Since it’s not easy to override all that programming—and because an app’s brutal accusation has me curious as to my own relationship to gossip as an Aries—I thought it might be helpful to solicit further astrological insight into the topic so as to inform potential behavior modifications (or just, have some fun).

Intuitive astrologer and healer Rachel Lang explores the busybody tendencies of each zodiac sign to explain why you (and my editor) just can’t stop talking about friends, family, co-workers, Real Housewives, Caroline Calloway, and Meghan Markle’s dad, among others.

So, who loves to gossip the most?

Gemini likes to be in the know, and they feel compelled to share information. Gossip for them isn’t so much about talking negatively about someone as it is about sharing what’s on their mind and sometimes, they can do that without much of a filter. Gemini can enjoy reading gossip magazines or keeping up with celebrities, too. People fascinate them, but so do stories. They are natural storytellers, and you might find Geminis writing, reading, or chatting any chance they can get. For a Gemini, there’s a need to be seen as someone in the know. They’re the reporter on the scene or the social media genius. Gossip sets Gemini up as a go-to person for the latest, up-to-the-minute information.

Libra is a sign dedicated to relationships, and they find people to be interesting subjects of conversation. They’re also concerned with fairness, and they will be the first to notice if someone has wronged another. They might gossip about others’ bad behavior, especially if it’s affected someone close to them; however, Libra doesn’t like to hurt or disappoint others. Often Libra gossip will be followed by a counterbalanced perspective. For example, they might point out someone’s selfish deed and then outline all the reasons why they’re not a terrible person. They can feel bad for gossiping, too, and they might try to negate anything negative they’ve said by pointing out positives. Libra can be a social butterfly, too, and they generally enjoy talking with others. They usually find connecting points with others in conversation. Gossip can offer these points of connection.

Pisces gossips to outwardly process their inner world. Pisces (and especially someone with a Pisces Moon sign) likes to bounce ideas off others. Hearing themselves talk can help them better decipher what they think and feel. After all, this is a sign that can be quite empathic and affected by others’ thoughts and emotions. Pisces may gossip about others’ motives or if they feel confused about a person. It’s often not mean spirited, but rather, coming from a place of trying to understand. Pisces can be sensitive, and if they feel hurt, they might gossip about how someone has wronged them.

Aries can be quite competitive, and they may gossip about others if they feel insecure in any way (though Aries might never admit feeling insecure). Aries is a fire sign, and if you think about fire, it catches on. A tiny spark can catch a forest on fire. For Aries, words are like this, and when they feel passionate about something, they want to share it. At times, though, they may not filter their thoughts. They are likely to gossip if they feel angry toward someone or if they have been triggered in some way. They might share the same story over and over until they eventually let it go. Fortunately, Aries doesn’t usually hang onto emotional baggage or resentment. If Aries shares some gossip with you, don’t hold onto it as absolute truth. Aries can change their minds.

Scorpio is interested in the hidden motivations of others. So, they may gossip about why someone did what they did. They can be fascinated with psychology and human behavior. They don’t always reveal their own emotions or what truth lies beneath the surface. They can be quite secretive. So, gossip can be a way to divert attention away from them and onto someone else. They may not see it as gossip at all. In fact, they may consider gossip conversations more like investigative research, getting to core truth beneath the surface.

Leo can gravitate toward the center of attention, even for the most shy Leo, the spotlight usually finds them. As a result, they may be the recipient of others’ gossip. They’re the ones people want to come to first to share things because Leo always seems so strong and unaffected. Once in a while, Leo can be insecure about what others think of them. In those times, they may want to gossip as a by-product of that insecurity. If they feel rejected by someone, they might gossip in response to being hurt.

Virgo is an analytical sign, and their mind is always going. They can be inclined to want to talk through some of what they’ve observed or heard with others. This can lead toward gossip! Virgo has a strong inner critic, too. Combine that with a sharp wit and dry sense of humor, and Virgo can be quite entertaining in the way they gossip. If they evoke a good laugh, Virgo might want to share more.

As an air sign, Aquarius enjoys sharing information and ideas. Once in a while, they might catch wind of something interesting about another and give into gossip, but it’s often not mean-spirited or out of spite. It could be just a point of conversation.

Sagittarius may not think they’re gossiping when they are! In fact, they pride themselves on being interested in the big picture, and not the details of others’ lives. From time to time, though, they may find themselves in the middle of a juicy story about someone else. In this case, Sagittarius is interested in seeking the truth. They need to watch taking on others’ battles, though, or rushing to conclusions without hearing the whole story. Sagittarius can become committed to what they believe to be true, seeing truth in black and white terms.

Cancer isn’t really a gossip, per se. They do have a genuine desire to understand others, and they may want to chat about motives for and meanings behind others’ words and actions. This could read like gossip to other signs, but for Cancer, it goes deeper. They have a need for emotional security, and they want to test it out to know when to trust or when to put up a boundary. Gossip helps them discern who is safe and who’s not.

Taurus is a very practical sign. They may find gossip a frivolous activity. They can be grounded and stable, and therefore, they might prefer other topics of conversation, like what new restaurants they’ve tried or what they’ve rearranged in their home. And being ruled by Venus, the planet of harmony and relationships, Taurus may prefer matters of conversation that don’t shake things up or cause undue harm. This can change if someone with a Taurus Sun has planets in Gemini, though.

Capricorn is often so focused on where they’re going in life, they may not have the life energy to concern themselves with others’ affairs. They are likely the least prone to gossip of any of the signs.

Want more astrological insight? Find out how to maximize your mornings, style your hair, where to vacay, and how to enjoy sex, all according to your sign.