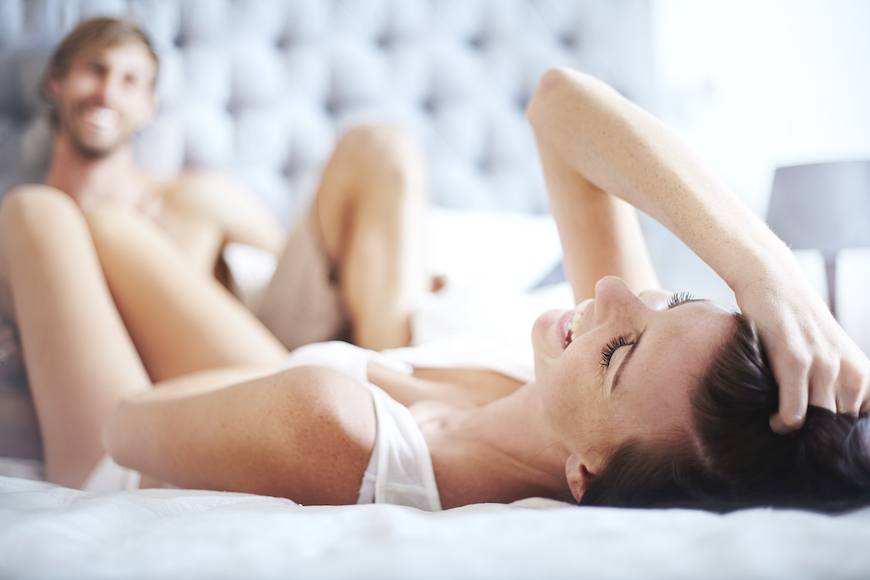 For people with vulvas, the image of receiving oral sex probably looks pretty similar. While there’s no single way to do something well, the head-between-the-legs approach is a pretty standard and accepted one here. And hey, for many, it works—but, does it work best? Not necessarily. Once you learn how to master the Kivin Method, which many contend does the trick faster and stronger, you’ll be left wondering why you wasted time doing anything else throughout the duration of your sexually active life.

The Kivin Method is a technique that’s best explained as “sideways oral,” says United Kingdom-based sex and relationship expert Annabelle Knight. As opposed to the typical vertical approach, the giver comes in-between the legs at a horizontal angle, which maximizes exposure to the tongue and focus on and across the clitoris, labia majora, and labia minora. “We now know that the clitoris isn’t just a little external nub but instead is a much larger, and longer, internal organ boasting thousands of pleasurable nerve endings,” says Knight. “Instead of being licked up and down, which would miss out on stimulating the crura and bulbs (the arms and legs), licking occurs lengthways [with the Kivin Method], meaning that stimulation is spread over a larger surface area.” And, she adds, some have reported using the method has led to them climaxing in three minutes flat.

To get in position for the Kivin Method, the receiver lies on their back and brings one knee to their chest, creating space for their partner to enter horizontally. They can then rest their leg over their partner’s back or keep it elevated. (Keep in mind that the comfort of the receiver plays a vital role in how successful this technique will be. In fact, Knight says anything that removes attention from pleasure can have a negative effect on the overall experience.) Whichever stance you choose, aim to create a comfortable, stress-free environment where you can fully relax and enjoy.

Some have reported using the method has led to them climaxing in three minutes flat.

Unfortunately, there’s no known Kivin Method founder as of yet to whom you can send flowers and words of gratitude for developing the orgasm-revolutionizing model. But, as far as thank yous are concerned, Knight says Reddit can be credited for popularizing the term. One user shared his experience using this technique with his wife about a year ago, and people were willing to take his word for its orgasm-amplifying effects. “She came within about 5 minutes of me finding the rhythm and best hand position,” the Redditor shared. “This was definitely a big change—I often go 15 to 20 minutes and have her teetering on the edge without managing to get her to come.”

Well. If there were ever a time to say, “I’ll have what she’s having.”

Of course, no single technique is one-size-fits-all, so the using the Kivin Method and licking your partner sideways rather than vertically doesn’t guarantee a life-changing orgasm. But, trying it is undoubtedly worth 3 to 10 minutes of your time—and then maybe a few more minutes to do it again.