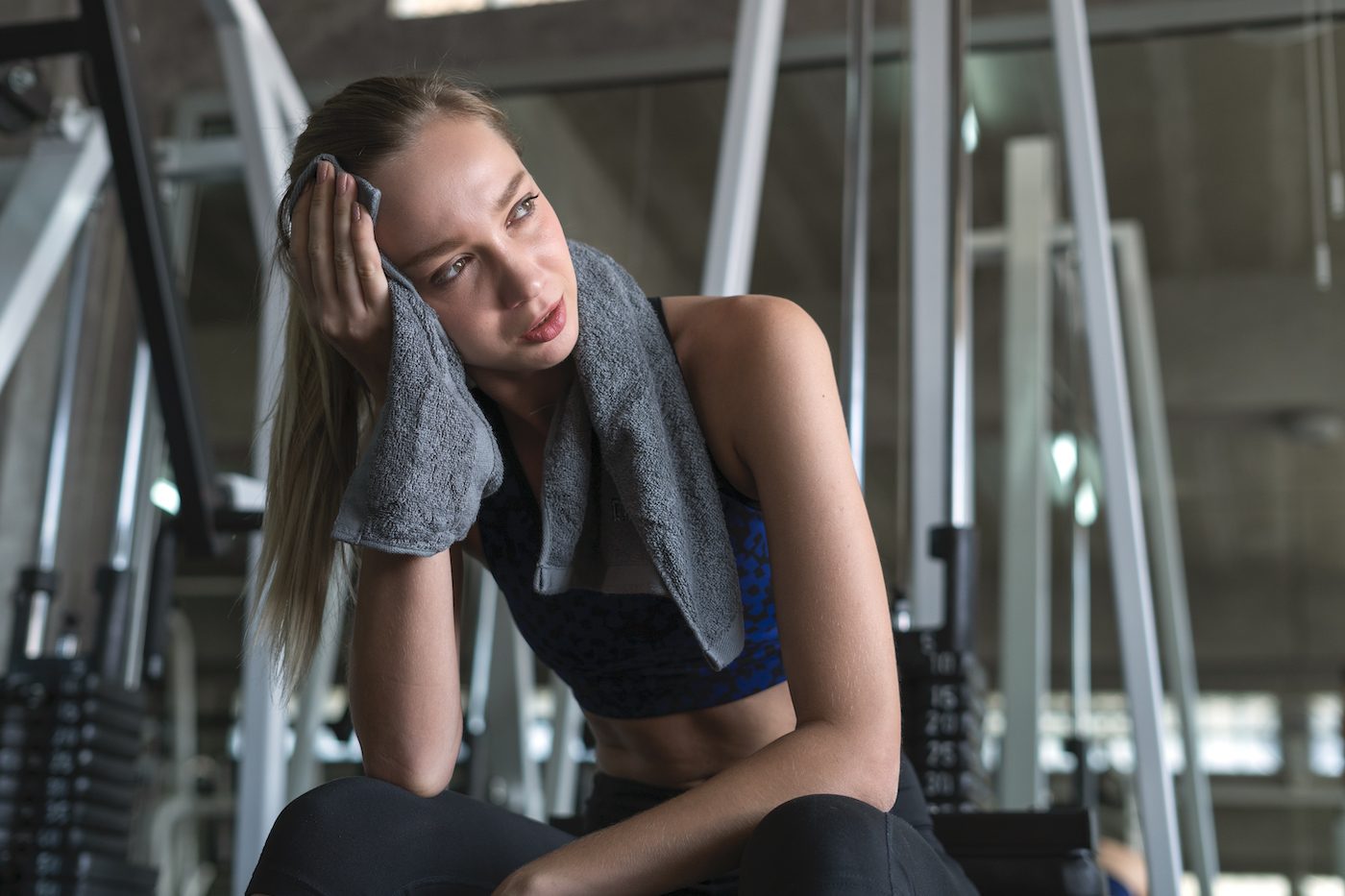 As a member of the burnout generation (hi guys! hope you’re all hangin’ in there!) who barely has time to wash her hair, I can’t be bothered spending hours in the gym. Which means I need my workouts to be two things: effective and efficient. It’s why I’ve fallen so deeply in love with megaformer classes that marry strength training and cardio into a 50-minute session. It’s also why I once subjected myself to a fitness singles mixer, but that’s a story for another time. So when I first heard about EMS, or “electrical muscular stimulation” training, which promises to give the equivalent of a 90-minute workout in 30 minutes flat, I cleared a space in my back-to-back calendar and booked a strength-training session at NOVA Fitness in Tribeca.

EMS training uses electrical currents to heighten the contractions in your muscles. It’s the same technology that doctors use on injuries, but has some pretty cool applications when repurposed for the sake of fitness. When you work out, you’re voluntarily contracting your muscles—that’s more or less Physiology 101. What EMS technology does, though, is trigger involuntary muscle contractions, which your brain doesn’t know how to do on its own, in order to get more from your moves. So for example, with a regular bicep curl, you get two muscle contractions. But when you add EMS into the mix, you’re purportedly getting forty of them, without having to do anything differently.

While it may sound too good to be true, there’s some science to back it up: Research has shown that it decreases body fat and builds muscle, and a 2016 study called EMS training, “an attractive, time-efficient, and effective option to HIIT-resistance exercise for people seeking to improve general strength and body composition.”

NOVA has its own EMS suit, which is stocked with 20 electrodes (10 on each side) and controlled by an iPad. The gym runs group and personal training in which trainers are responsible for controlling the currents in your suit in order to maximize its effectiveness, but you can also order the suit and use it on your own for pretty much any type of workout. So if you want to up the ante on a spin class, for example, you can do it in an EMS suit (though, fair warning, it will be very, very challenging). You can manually control the electrical stimulation you’re getting with the iPad controls, or choose a pre-set option like “endurance” and let the suit do the work for you automatically.

Zipping into the suit the morning of my NOVA personal training session, I felt like a mix between a Spy Kid and a scuba diver who’d lost her way en route to the ocean. It has to fit super snugly in order to work properly, and considering I felt like a sausage inside of a casing I’d say we were on the right track.

The electrodes require some sort of water conductor in order to work properly, so the workout began with a quick warmup to get me nice and sweaty (the trainer also spritzed me with a little water to make sure things were moist and ready to go). Then, it was time to turn on the suit. My trainer, Meghan, was in control of how much electricity I was getting, and though I was fully prepared to have the living daylights shocked out of me, I was pleasantly surprised that it didn’t hurt at all. It felt tingly in a weird— but also kind good?—kind of way.

Meghan demonstrated the moves that we would be doing, and all I could think was: “Ugh, I wish I’d gone for a run before this.” They looked so easy! And there was no way that 27 minutes worth of squats, curls, and sit-ups was going to give me a hard enough workout for the day.  Boy, was I wrong. By the end of the first interval, I was dripping in sweat. The suit pings the muscles that you’re working in a move to ensure that they’re firing on all cylinders, so even though you’re doing a regular squat, curl, or sit-up, it’s stimulating your muscles at the same time and making your workout way harder. It doesn’t feel harder while you’re doing it, but it makes the muscle fatigue more quickly and the more reps you do, the more you feel the difference. BTW: You could totally wear it while doing Trainer of the Month Club:

EMS very clearly showed me where the muscle imbalances in my body are. I felt the electrical stimulation on my right glute much more intensely than on my left when I was doing squats, which indicated that it was stronger than my left. “It’s going to feel more intensely on the ‘stronger’ muscle, because that muscle already activates more effectively,” says NOVA founder Jackie Wilson. “The additional stimulation will therefore make it fire more intensely than the ‘weaker’ or less active one.”

By the end of the 30-minute workout, I was drenched in sweat and wildly sore. Meghan had me lie down on the mat, and switched the suit into its “massage” setting, which issued continuous vibrations on my muscles and felt amazing. Even so, I was sore for three full days following the workout, which was a clear indicator of just how hard that seemingly simple move series worked my body. I’m officially an EMS convert, and now need to figure out how, exactly, I’m going to fill all that extra time in my calendar.

Speaking of next-level fitness tech, here’s what happened when we tried virtual reality running. And this is the workout formula we should all be using to maximize efficiency all week long.