Should you say something when you’re in a toxic work environment? 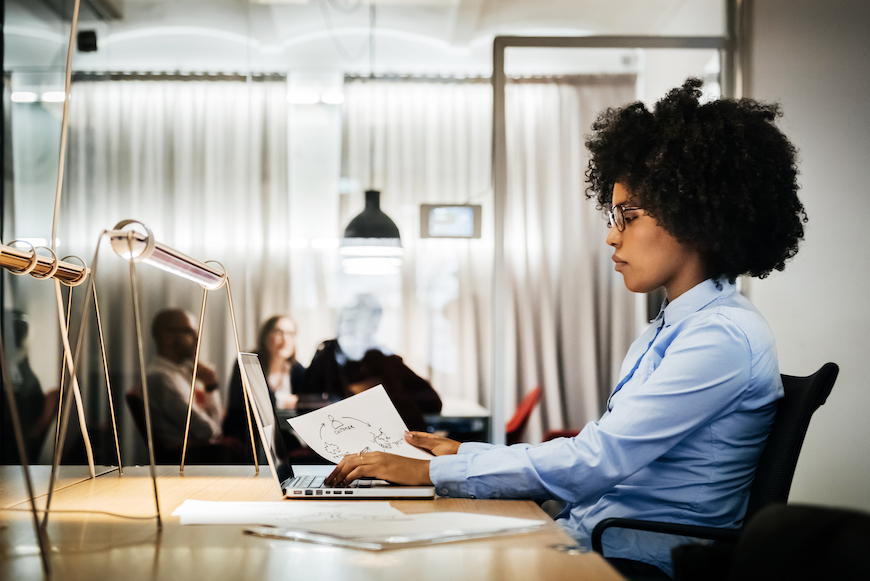 There’s your garden variety toxic work environment and then there’s the nuclear power plant toxic work environment. That is to say that Gabrielle Union’s experience on the set of America’s Got Talent leans toward the latter. According to an exclusive report by Variety, Union was subjected to “a very specific critique—that her rotating hair styles were ‘too black’ for the audience of AGT, a note she received over half a dozen times,” among other alleged transgressions by guests, hosts, and other staff working on the show. When a workplace becomes a breeding ground for intolerant, discriminatory behavior, fighting the good fight for yourself and others is infinitely important and incredibly hard.

Do you speak up? How do you speak up? Who do you speak up to? Not sure if you know this already, but we live in a country where such institutionalized discrimination is, well, an American institution. People fear their job security and reputation when deciding whether or not to come forward, worrying that their complaints will be rerouted or fall on deaf ears.

“While on book tour, I traveled to 26 cities, and in every state, I heard stories of Black women being discriminated against due to their hairstyles to the simple usage of their government names,” Minda Harts, educator, consultant, and author of The Memo: What Women of Color Need to Know to Secure a Seat at the Table, told raceAhead reports Fortune. “And whenever they tried speaking out on those workplace inequalities, they were met with opposition.”

“It’s unfortunate to hear what Gabrielle Union went through, and it hit home because we know exactly what she is experiencing because that’s our experience too,” said Harts.

When faced with discrimination or harassment in the workplace, speaking up becomes a complicated and exhausting matter. If you’re planning to speak up, however, career coach Maggie Mistal does have some advice: speak with an attorney and fight with specificity.

“From attorneys I’ve talked to, they recommend the individual keep a log of the situations, comments, and that he or she feels are creating a toxic work environment—literally tracking date, time, location, who said what, and so on,” says Mistal.

Such contemporaneous notes can help build the case that the workplace is legitimately toxic and establish credibility. Yes, it is deeply frustrating to live in a society where distress can’t simply be believed and trusted. But providing accounts that support an overall toxic environment is the first step in fighting a larger case.

That being said, Mistal notes that it can be challenging regardless; sometimes going through HR and the Powers That Be drags the process on indefinitely. Take note of whether you’re having problems with a specific person (say, that one colleague and their inappropriate jokes) versus the environment as a whole—a situation where you might address the issue firmly and directly.

No matter what, it’s a difficult situation to be in and we only hope you can keep your spirits up, your pen read, and your eyes peeled for a job that’ll treat you with absolute respect.

Work giving you hell and you can’t identify the problem? Here’s how to identify a narcissistic boss and when a co-worker is gaslighting you.