Social media isn’t perfect, but it’s brought us together in community, health, love, and beyond 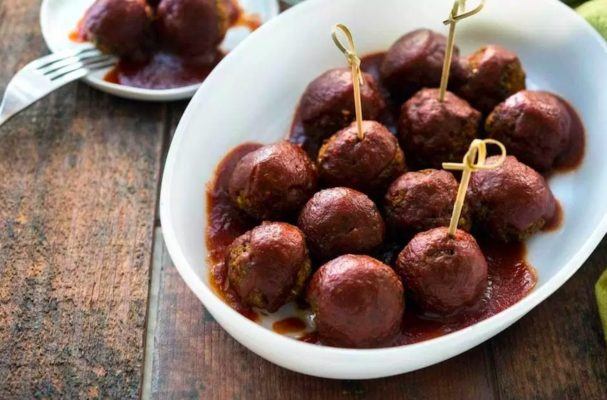 Neither smartphones nor the internet itself were invented within the last 10 years, but both have revolutionized our lives in the past decade thanks to key innovations that have changed the way we connect with one another and access information. Tools that cater to social connection—like Instagram in 2010, the App Store in 2011, and Tinder in 2012, to name just a few—have paved the way for a more connected and democratized world, and now, the positive effects of social media extend to so many avenues of our lives.

Sure, most of us would benefit from embracing best practices for our usage (like moderation) to serve as safeguards from the adverse effects of these products and platforms that can lead us to work longer, burn out, and feel badly about ourselves when we mindlessly scroll our feeds. But we’d be remiss to ignore all the benefits and positive effects of social media we’ve enjoyed. We now have easier access to social support and community; free education on many topics; increased freedom and acceptance to be authentically ourselves; and new ways to cultivate romantic relationships.

Here’s how the positive effects of social media platforms have positively affected our well-being in the past decade.

One of the foremost health benefits of digital connectedness is increased access to various communities that might be far away or spread wide IRL. Support groups on social platforms, forums via online communities, and dedicated apps enable people to feel less alone by providing access to others, worldwide, who understand their specific experiences. Those experiences may be in regard to navigating rare or chronic illnesses; mental-health issues; new motherhood, and parenthood more generally. Multitudinous Facebook groups exist for all of the above categories, and more; innumerable Instagram hashtags and accounts link people to others who share in their experience; and web communities—such as FertilityIQ, where fertility patients can share intel, The Bump, where new moms can find advice on all things baby, and Humanly, where cancer patients can go to share their stories—exist in spades across every demographic imaginable.

“One theme that comes up repeatedly [in my research] is how valuable it is to know that there’s somebody else out there who shares the same experiences and challenges,” says John Naslund, PhD, a global-health and social-medicine specialist at Harvard who focuses on using digital methods to help treat mental disorders. “[Online], people are often really encouraging—they say, ‘Hey, I’ve had similar problems, just hang in there and you’ll be okay.’”

For new mothers, digital connection is crucial, says sociologist Deborah Lupton, PhD. “They are often anxious, isolated, and lonely, particularly if they have left work to be at home for their children and are undergoing first-time motherhood,” she says. “Online interaction can be a lifeline for these women, helping their mental health.”

The same was true for reproductive psychologist Jessica Zucker, MD, who says she found little by way of online support following her miscarriage at 16 weeks. That’s why in 2014, she decided to create a community so others like her—anywhere from 10 percent to 25 percent of all pregnancies end in prenatal loss—could have much-needed support. “The #IHadAMiscarriage campaign was really born out of the fact that I was creating what I wished existed,” she says. Now, more than 40,000 women follow it on Instagram alone.

Additional positive effects of social media include reduced stigma and increased advocacy in so many ways, often led by people with big public profiles. Hilaria Baldwin’s Instagram posts around her two recent miscarriages have also dealt a major blow to pregnancy-loss stigma. Chrissy Teigen gave a voice to many when she opened up about her postpartum depression online in 2017. Lena Dunham started an online dialogue about endometriosis following her 2015 Lenny Letter essay about her experience with it, along with subsequent Instagram posts, arguably paving the way for the candid reproductive-health conversations happening all over the internet today. Within the past decade, many celebrities and influencers—including Kristen Bell and Ban.do founder Jen Gotch—have shared online about their mental-health struggles in an attempt to use their platforms and reach to increase awareness about and the number of conversations focusing on these issues. The goal here is to normalize, reduce shame, and inch us further into an era of realness and authenticity regarding matters of mental health.

“Now it’s more accepted to talk about things, and a lot of that comes through social media,” Dr. Naslund says. “It comes from prominent people on social media but it also comes through volume of discussion.” Arguably the largest stigma-busting social movement was #MeToo, which worked to bring cases of sexual assault out of the shadows and has been hashtagged on Instagram nearly 2.3 million now.

“Social media, while intense, allows for representation to happen where there wasn’t any before.” —body-image activist Laura Delarato

Other marginalized groups, like the LGBTQ+ community, have benefitted from this “volume of discussion” and increased visibility. Take Bethany C. Meyers’ online presence, for example, which serves to educate about and destigmatize polyamorous relationships, non-binary gender identities, and also queer identities alongside their partner, Younger actor Nico Tortorella. Sex educator and body-image activist Laura Delarato says people like herself, Meyers, and Tortorella would’ve remained invisible if not for social platforms. “If I didn’t have social media, I would have never been seen,” she says. “I’m a queer, plus-size woman who doesn’t hate herself and believes in sex/pleasure education. I challenge the status quo just by existing.”

To her point, social media has helped to replace narrow beauty ideals with an inclusive body-positivity movement. Many use Instagram and other online platforms as a forum to preach self-love, no matter your shape. “Of course, there isn’t a day when someone on the internet doesn’t tell me that I’m promoting obesity, but that means nothing when I think about all the people I’ve spoken to, connected with, learned from, and cared for that came from DMs and likes,” says Delarato. “Social media, while intense, allows for representation to happen where there wasn’t any before.”

Thanks, in some part, to the rise of accredited, professional influencers, access to quality health and wellness information is now available for all. And while a main critique of using the internet as a tool for parsing health-related intel is that non-experts can easily spread bad information, coming online has provided professionals like pediatrician Wendy Sue Swanson, MD, a productive way to not only correct this problem, but overcorrect it for the better. She launched the Seattle Mama Doc Blog in 2009 and has been educating on a variety of online platforms ever since. “I’ve written a lot of content and done a ton of interviews and media over the last decade that would suggest my work as a clinician on the internet is contributing to science-based evidence and responsibility-based information that can help the public understand more about the science and safety of health care decisions,” she says.

“There is so much wrong information on the internet. I have a responsibility to make sure information I know is correct reaches the ‘ordinary person.’” —Sandra Lee, MD, aka Dr. Pimple Popper

Dermatologist Sandra Lee, MD, aka Dr. Pimple Popper, who launched her brand on social in 2015 and hit a million YouTube subscribers just one year later, likewise uses social media as a way to debunk what she feels to be bad intel. “There is so much wrong information out there on the internet and on social media—I feel I have a big responsibility to make sure information [about skin issues] I know is correct reaches the ‘ordinary person,’” she says.

Furthermore, practitioners and educators of all stripes can reach far larger audiences online than they’d be able to connect with through brick-and-mortar practices alone. Dr. Swanson tells me in a routine day, she can see around 24 patients, but online? She can reach hundreds or thousands in the same time. Dietitian Whitney English, RD, agrees that digital connectivity is huge for breaking down barriers to nutrition education that makes eating healthy accessible, particularly since not everyone can afford to visit a specialist in the traditional way.

Online therapists like Nedra Glover Tawwab (launched 2017) or Nicole LePera (aka @the.holistic.therapist, launched July 2018)—who have Instagram followings of 240,000 and 1.3 million, respectively—serve a similar purpose with their online profiles. Therapy is expensive, and while an Instagram post can’t replace a one-on-one session with a professional, it’s better than nothing, for, at the very least, sparking introspection.

Positive effects of social media also extend to sexual- and reproductive-health education, ultimately resulting in increased sex positivity. Content created by OG experts like Esther Perel alongside next-generation experts like Shan Boodram, or on sites like AllBodies, or in secret Facebook groups, or in Instagram posts is all doing its part to smash taboos, shame, and stigma.

These voices, platforms, and communities have been especially beneficial for marginalized groups, such as the LGBTQ+ community, which has been traditionally underserved or even ignored in education efforts around sex, relationships, and sexual health. “[Online sex education is important because] there is nothing for it to hide behind, no institutional system that decides if or when a person has the agency to become autonomous in their own sexual education, pleasure exploration, and wellness path,” says Delarato.

Relationships are imperative to our health, and social networks have been crucial for creating and nurturing them throughout the past 10 years. While dating websites—like OkCupid, Match, eHarmony, and Jdate—existed in abundance long before the start of the decade, the advent of apps revolutionized landscape of digital love. Grindr, which launched just prior to 2009, was the pioneer of dating apps, allowing gay men to find one another more easily. Tinder followed in 2012, then Bumble in 2014, and Hinge in 2017, forever changing how many find love—or at least a date: A spokesperson for Bumble tells me that women have made the first move on that platform over a billion times since its inception.

Most dating apps have made strides to prioritize inclusivity across the board. (Dedicated apps serving the LGBTQ+ population include Grindr, Grindr Her, Scissr, Scruff, Growlr.) The Bumble spokeswoman, for example, says the interface includes more than 70 gender identities from which to choose. Meanwhile, Bumble, Hinge, Raya, Tinder, Coffee Meets Bagel, and other apps allow users to peruse the profiles of any gender they’d like, and looking for any number of different relationship arrangements that might best suit them. (There are apps specific for non-traditional relationship structures, too).

It has potential to do even more good

None of the experts interviewed for this piece were blind to the ill effects of the internet (see: burnout, self-esteem issues, negative feedback, and the spread of misinformation). But since technology is likely to only become more pervasive in our everyday lives, the solution isn’t to stop using the tools, but instead to learn how to maximize the benefits while minimizing the possible risks—which is the aim of much of Dr. Naslund’s research.

Some heavy-hitters in the space are assisting in these efforts, too, via initiatives like the iPhone ScreenTime app, the imminent nixing of likes on Instagram, and Google’s digital well-being initiative. More needs to be done on this front, but let’s not glaze over all the good we’ve gleaned from access to others and information, because this decade has largely been defined by the shift in the way humans interact thanks to technology. And if you ask new mothers, those living with rare diseases, members of the LBGTQ+ community, and countless others—it’s happened not a moment too soon.

Other great wellness turning points from the past decade? All travel became wellness travel. And the reputation of sun-protection tools had a serious glow-up.