The calorie is out, and qualitative eating is in. Finally. 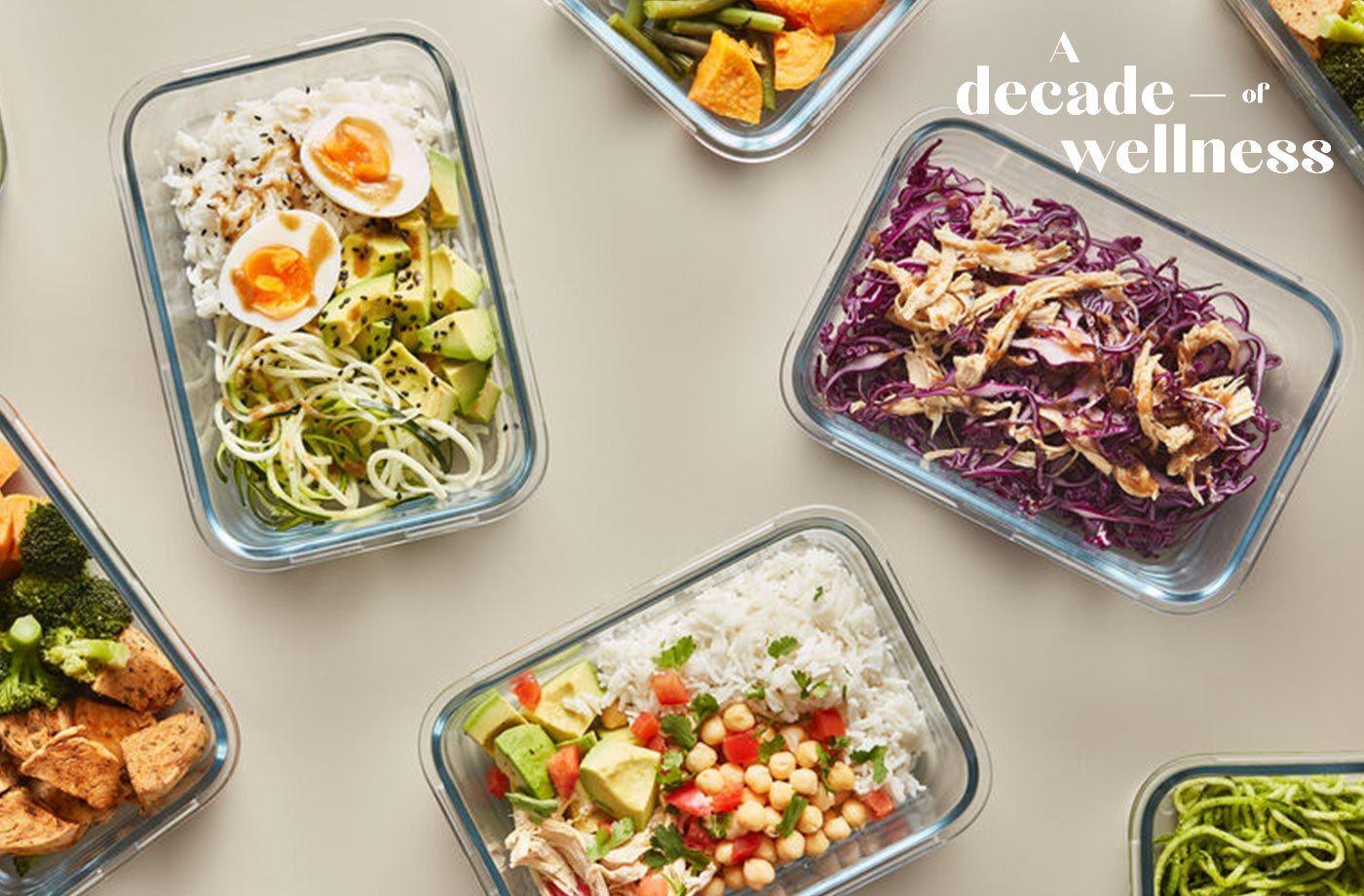 You’ve heard the old adage: “calories in, calories out.” It’s the concept that a person can manage their weight by simply burning more calories through exercise than they consume in food—and it was one of the guiding forces in nutrition for the past twenty years. (Hell, a Reddit community named after and dedicated to the concept has over 24 million members.)

For decades, people were fixated on calorie counts as a primary consideration for what they put on their plates. But we’re happy to report that this narrow mindset is something we’re firmly leaving behind in the new decade. “In recent years, there’s a recognition that not all calories are created equal,” says health coach and nutritionist Jess Cording, RD. “There’s a shift from just calories to factoring in satiety, blood sugar, and other factors that go into weight management [and healthy eating].” In 2020 and beyond, the emphasis will be on the full nutritional profile of your plate and how these foods support your brain, energy, gut health, and mood.

A history of calorie counting

While calories are also used in chemistry and physics, in nutrition, calories generally refer to the amount of energy that foods provide us. The concept of the calorie hit the mainstream in the U.S. in the 1920s with the publication of Diet and Health by Lulu Hunt Peters. The book, which praised the merits of calorie counting for weight management, went on to become the number-four nonfiction book in 1923, selling an estimated 2 million copies. This book was published right at the onset of the Roaring Twenties, when waif-like flapper figures were newly in vogue—making the idea of calorie counting appealing to the fashionable, wealthy set.

In subsequent years, the U.S. Department of Agriculture (USDA) started to release its nutritional standards for “healthy eating.” These early guidelines, which were revamped in the ’40s under the Roosevelt administration, were initially focused on ensuring people consumed enough nutrients (particularly crucial in the lean years after the Great Depression and during the rationing required by World War II).

But as research started to connect overconsumption of certain nutrients, like fats and sodium, to obesity and chronic health problems, the focus for nutritional guidance shifted towards avoiding overeating. In 1977, a Senate report recommended a lower calorie, low-fat diet for all Americans as a way to combat these growing health concerns. This focus on calories as a shorthand for “healthier” eating percolated throughout the ’80s, and in 1990, Congress mandated that nutrition labels featuring calorie counts be displayed on all processed foods. While this was intended to help consumers make more informed choices about the foods they ate, it instead led many brands to lean into this low-calorie, low-fat badge as a way of marketing their products to health- and conscious consumers.

Experts say the shift from quantitative to qualitative eating (read: from counting calories to looking at the overall quality of what we eat) began about 10 years ago, and really took off in the last five years due to a number of factors. First, continuing research has shed more light on how calorie restriction impacts the body—it can change your hormone levels, slow down your metabolism, and, per Kristen Smith, RD, a spokesperson for the Academy of Nutrition and Dietetics, potentially lead to disordered eating patterns. And other research, including a landmark 2018 study published in JAMA, has found that the quality of the foods that people eat is often more important for healthy weight management than just hard calorie counts.

Additionally, in the decades during which Americans were advised to eat less fat and fewer calories, rates of obesity nearly tripled and diabetes diagnoses doubled. New York City-based nutritionist Brigitte Zeitlin, RD, says that this happened, in part, because brands replaced the fat found in many processed foods with sugar and salt, which were lower in calories. “The more natural ingredients are removed and the more artificial ingredients are put in, the more detrimental it is to our health on the inside,” she says.

Another factor in our changing view of food: the body-positive movement. It started in the ’90s as an effort to fight back against the causes of disordered eating and encourage appreciation for a range of body types, but really took off with the skyrocketing use of social media in the past decade. Influencers on these new platforms played a significant role in changing perceptions of what a healthy body looks like, and as “strong” came to replace “skinny,” food came to be seen less as a means for gaining or losing weight, and more as a way to fuel your active lifestyle. While remnants of the “thin is best” diet culture still persist (even in parts of the wellness world, unfortunately), norms are thankfully continuing to evolve. “It’s not just about are you fat or thin. It’s really about having a well-rounded life and energy and health,” Cording adds.

With this increased emphasis on the way food makes you feel, mindful eating—defined as eating intentionally based on an understanding of your mood and hunger cues—became a popular alternative to calorie counting. And, research shows, approaching mealtimes in this way may be a more effective tool for creating sustainable healthy eating patterns and is linked to better mental well-being. This has encouraged nutritionists to focus more on teaching mindful eating techniques to help clients notice and listen to physical hunger cues, adds Smith, rather than just focusing on specific numbers on a label.

Of course, there are certainly still diets, apps, and programs that include calorie counting because calories can have a place in healthy eating—just not the starring role we were once cast it in. Understanding the general range of calories in certain foods can help you to put together appropriate portion sizes for a meal, say Cording and Zeitlin. This knowledge then becomes a reference point as you learn to make more informed decisions around food, keeping your focus on other eating habits that are more sustainable and healthier: eating more fresh vegetables and fruits, whole grains, and lean protein.

The nutritional trends the future holds

Calories won’t disappear completely from food labels any time soon: Starting on January 1, the FDA’s new labeling requirements (some of which has started to roll out already) will put the calorie counts in larger bold font to make them even more prominent. However, the new labels will also put greater emphasis on other ingredients that have been shown to be critical to nutrition and well-being. The amount of added sugar per serving will be included for the first time, and nutrients like potassium and vitamin D will be highlighted on the label.

However, the calorie will likely become redundant thanks to new, more qualitative measures of nutritional value. Cording expects the microbiome (the bacterial ecosystem made up of an estimated 100 trillion microbes, most of which live in the gut) to continue to be a big topic. There’s been an explosion in research to understand the purpose and functioning of our microbiome and how it impacts our overall health, from immunity and digestion to mental well-being. We’re learning that specific things we eat and don’t eat have a huge impact on maintaining the healthy bacteria in our gut microbiome, making 100 calories of sugar not at all equivalent to 100 calories of whole grains or cruciferous vegetables when it comes to your gut.

Cording also predicts the discussion around food’s effects on our brain health to become more mainstream. “Choline might be the next hot thing,” she says, referring to a nutrient found in eggs and other foods that helps the brain regulate memory and mood. Again, the emphasis here is less on the caloric content of foods but more on the nutrients they contain—and the impact of those nutrients on the health and functioning of your body’s systems.

Amid these changes, diet trends like keto or Paleo likely aren’t going anywhere, say the experts. Restrictive diets will always remain attractive because they limit the decisions people have to make around what they eat, which makes them seem easier to follow in the short-term. But eating this way ultimately remains problematic for most people because it doesn’t allow the flexibility to learn how to eat a balanced diet for the long haul.

“It’s not realistic [for most people] to think you’ll never enjoy your favorite foods, including cake or chips, ever again,” says Smith. She predicts that intuitive eating—or learning how to follow hunger cues and cravings to create a healthier relationship with food and exercise—will continue to be a mainstay when it comes to nutrition and wellness philosophies. We’re counting on it.

Another food topic that defined the last decade? Alt-milks. And here’s a look inside the rise of woo-woo wellness.

One thought on “The calorie is out, and qualitative eating is in. Finally.”