Why you feel inclined to lie in therapy, according to therapists 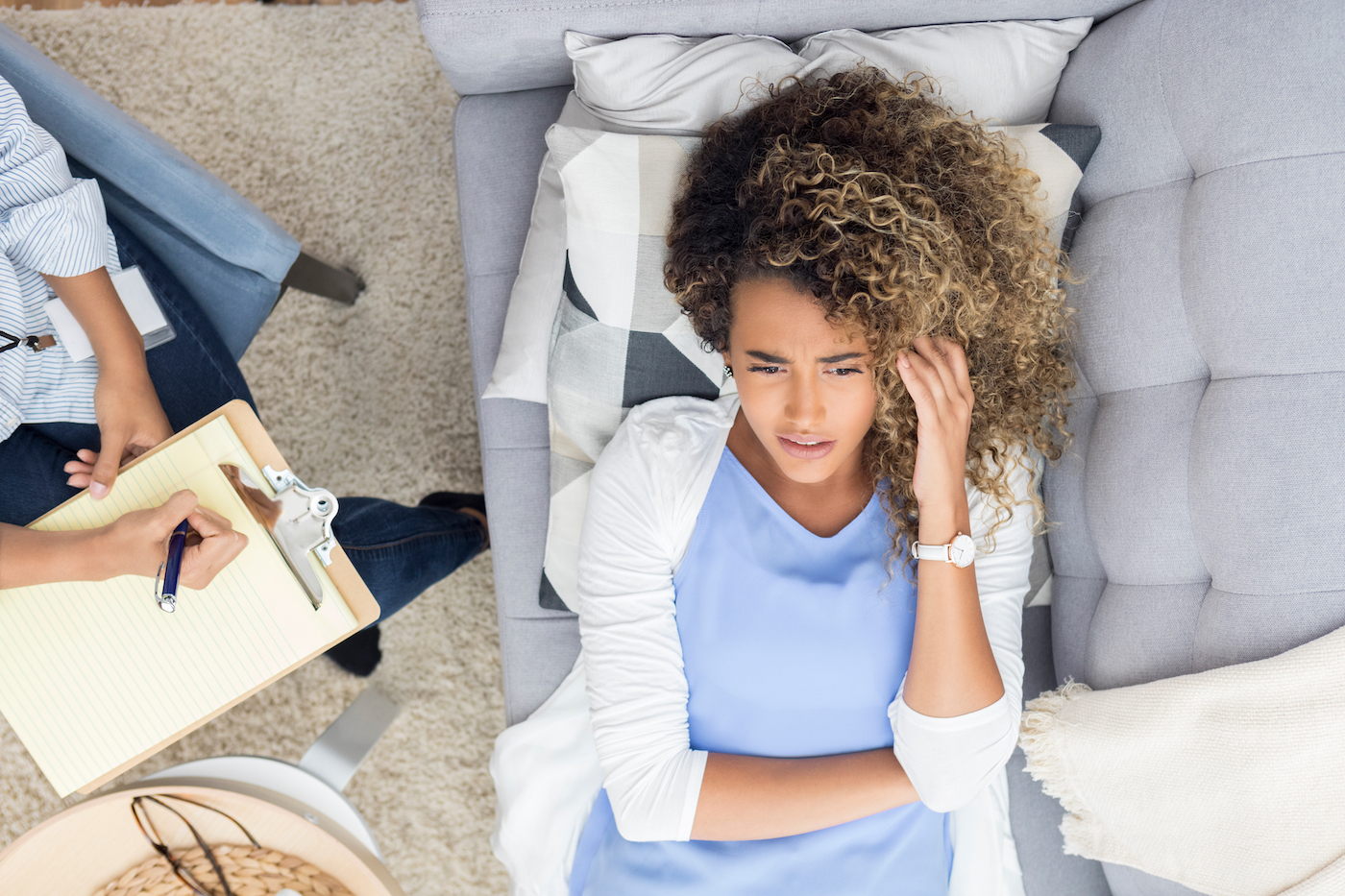 Confession: I don’t always tell my therapist the truth during our sessions together. Or rather, I omit crucial talking points in order to avoid feeling any kind of shame or perceived judgment. I’m not alone, either. A friend of mine recently told me she lies to her therapist about her condom use to avoid criticism, and, according to a much-publicized (albeit, small) 2015 study, a whopping 93 percent of patients also report lying in therapy.

This can’t be productive behavior given that we’re paying these professionals to help us sort through the exact related to information we’re withholding. So, why do we do it, and how can we stop?

Ways we lie in therapy

For starters, says clinical psychologist Andrew Schwehm, PhD, it’s important to distinguish between the types of lies we tell. “Lies of commission are ones in which we straight-up fabricate something,” he says. “An example is if your therapist asks if you’ve ever had any suicidal thoughts and you say no even though you thought about running in front of the bus earlier that morning.”

Lies of commission are less common in therapy, however, than my preferred type, omission, he says. “An example is when you run 15 minutes late to your appointment, your therapist asks why you ran late, and you say you overslept but fail to mention that you did cocaine the night before, which led to you not setting your alarm,” Dr. Schwehm says.

Lies of commission can be especially detrimental because they present psychs with an inaccurate representation of your life. “If you tell me, for instance, that you are drinking three cocktails a week but in reality it’s three cocktails a night, that can severely alter not only how I understand other issues going on in your life but also the way in which treatment may be conducted,” says Dr. Schwehm.

When it comes to lies of omission, he says context is key. “For instance, a client in treatment for anger omitting they didn’t exercise this week may not ultimately impact much. If that same client decides to omit he had sex with his ex-partner, that may be important to my understanding of why he blew up at his co-worker. It’s certainly understandable why he may want to omit that detail; however, similarly to a lie of commission, the knowledge can change my view of how his issues began to manifest and how we may best work together in treating them.

Why we can’t stop lying in therapy

Motives for fibbing typically vary. If someone is lying about the therapy itself—e.g. whether or not they like it or find it useful—they may be doing so to avoid confrontation, says clinical psychologist Aimee Daramus, PsyD. Clients may also lie about getting more from the therapy than they are in order to please their therapist, adds Dr. Schwehm.

But, if someone is lying about their state of mind, Dr. Schwehm says they may be doing so in order to present their best self to their therapist, or because they’re lying to themselves, trying to make themselves believe they’re okay. Repercussions related to the truth may factor in, too. “If you are lying about suicidal thoughts, you may fear that telling the truth may lead to punishment,” he says.

“People feel ashamed of something, and there is fear [of what may happen] should they disclose it.” —clinical psychologist Andrew Schwehm, PhD

In fact, much of what causes fibbing in the doc’s office is rooted in fear. “People feel ashamed of something, and there is fear [of what may happen] should they disclose it: What will happen to me? Will I be judged or embarrassed? What will my therapist think of me? Will I be told I’m ‘crazy’ or ‘beyond help’ or maybe even ‘unlovable’?” says Dr. Schwehm. “There may be fear of being rejected by a therapist.”

Lies are also often related to the very reason clients entered therapy in the first place. “Maybe you came for help improving your relationships, but part of the problem with your relationships is that you lie to avoid uncomfortable confrontation,” Dr. Daramus says. Unfortunately, avoiding or warping the truth can impact the efficacy of your therapy. “A therapist is only as good as their information,” says Dr Daramus. “We can’t help if we don’t have good information to work with.”

How to stop lying in therapy

Both therapists tell me that if you find yourself lying—full-on fibbing or just leaving out a few key facts—it’s important to ask yourself why you feel the need to do that. “Were you scared that you were ‘doing therapy wrong?’ Were you avoiding confrontation? Did the therapist do or say something that made you feel uncomfortable?” Dr. Daramus asks.

And, perhaps it is your relationship with your therapist that’s the problem. “The biggest question to ask yourself is, ‘Why don’t I feel safe?’ In other words, what doesn’t feel right in this relationship? One of the strongest correlations to deceiving your therapist is a perceived lack of alliance,” says Dr. Schwehm.

If you feel disconnected and unable to surface your secrets, you may want to—gulp—bring that up with your therapist. It’s possible that they triggered you or broke a boundary, thus making you feel unsafe, without realizing it, Dr. Daramus says. But, they won’t know they’ve done so unless you tell them you’re now having trust issues.

If there’s still something you don’t feel comfortable disclosing or being truthful about, Dr. Schwehm advises telling your therapist just that. “It’s far better to tell your therapist that you’re not in a place to talk about it at this time rather than to lie about whether something did or did not happen,” he says. “The therapist can then help you to explore what it is that’s coming up rather than carry on believing the lie.”

And if you feel unable to implement any of these tips with your therapist but still find yourself lying? “That may be a sign that you need a different therapist,” says Dr. Daramus.

Breaking up is hard to do, but here are four other signs it’s time to split from your therapist. On the flip side, here’s how to circle back to a psych you ghosted.