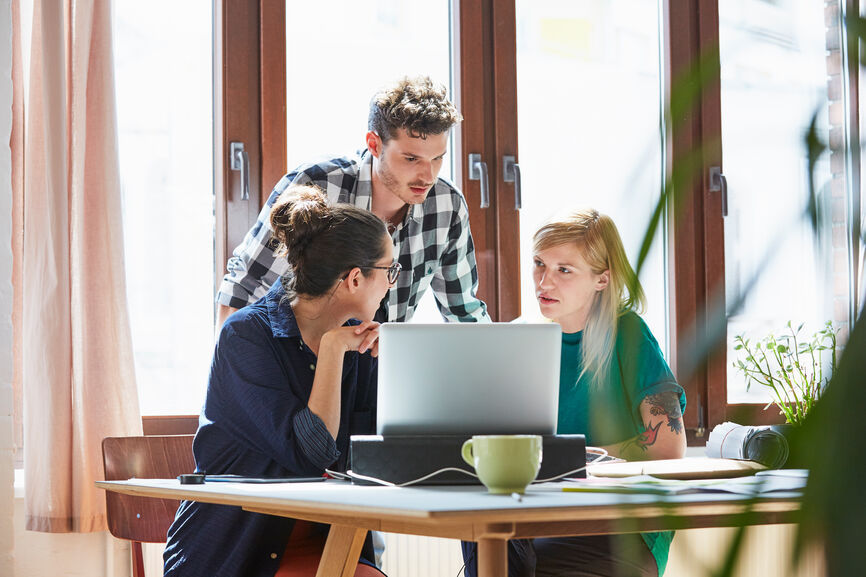 Ever leave a tense meeting, go back to your desk, and promptly start talking with or Slacking your work pal about what just went down? It’s a common, knee-jerk reaction for airing your frustrations, and it even has it’s own name: back-channeling. While this strain of communication may seem innocent enough, it can actually contribute to a toxic workplace environment without you realizing it.

Below, learn exactly why this practice can be less than ideal for office culture, plus strategies you can implement to help break the habit. You know, without bottling up your emotions about what’s getting to you at work.

First, let’s clear this up: What is back-channeling, exactly?

“Back-channeling is when secret conversations occur that disagree with the larger conversation,” says Sabrina Baker, an HR consultant and founder of Acacia HR Solutions.

Consider this example: A team at work meets to decide how to move forward on a new project. Everyone seems to be on the same page in the meeting and they hash out a plan on how they’ll move forward. But afterward, one person turns to another, says they don’t like what was just agreed on, and the two discuss it. “They have now created a back channel,” Baker says. “I call it a secret society of dissent where the larger team has no idea that certain members actually do not agree with what is happening.”

Why is it so toxic?

In the moment, back-channeling can feel like you’re simply venting to a trusted colleague. But holistically, it can end up creating “a ton of re-work and mistrust,” Baker says. “Those who back-channel may not actually proceed with the tasks agreed upon in the meeting and then, weeks later, everyone has to discuss again to move past the concerns of the back channel, basically starting all over,” she says.

The disruptions don’t end there: The group may end up wondering whether those who are back-channeling are actually onboard with the collective agreement, or if they’re going to continue disagreeing with the group consensus, not speak up, and complain in isolation late on.

For the record, taking part in back channeling doesn’t mean you’re a bad person. In fact, most people “usually are not doing it with ill intent,” Baker says, and they may have great reasons to explain why they choose to back-channel, even if it doesn’t feel like a conscious decision. Perhaps you feel like you can’t speak up in meetings without repercussions. Or maybe you don’t realize how you actually feel until later on, once you’ve had time to decide you actually don’t agree with the consensus.

“While these are valid, taking those concerns to one other person who probably cannot affect change anyway is not the way to resolve it,” Baker says.

How to curb a back-channeling habit

On the management side, Baker says it’s important to create an environment where employees at all levels feel comfortable voicing their opinion. For instance, when big decisions are being made, managers would be wise to let more junior staff members offer their ideas and feedback. “The goal is to give employees an appropriate channel to voice concerns safely and in a way that lets them feel heard,” Baker says.

On the employee side, Baker suggests every person does their part to shut down back-channeling when someone tries to rope you into it. She recommends saying, “We can’t do this. If you have concerns, we need to pull everyone back together and voice them, but you and I can’t have this secret meeting where we disagree.” (And yes, Baker admits, in execution, this strategy requires a dose of bravery.)

Ultimately, it’s crucial to push past the fear of speaking up if you have a legitimate concern. After all, you’re included in meetings for a reason—it’s already implied that your opinion is valued. Don’t be afraid to say what’s on your mind.

Have a toxic, narcissistic boss? Here’s what to do about it. Plus, how to shift your workplace habits to improve your sleep game.