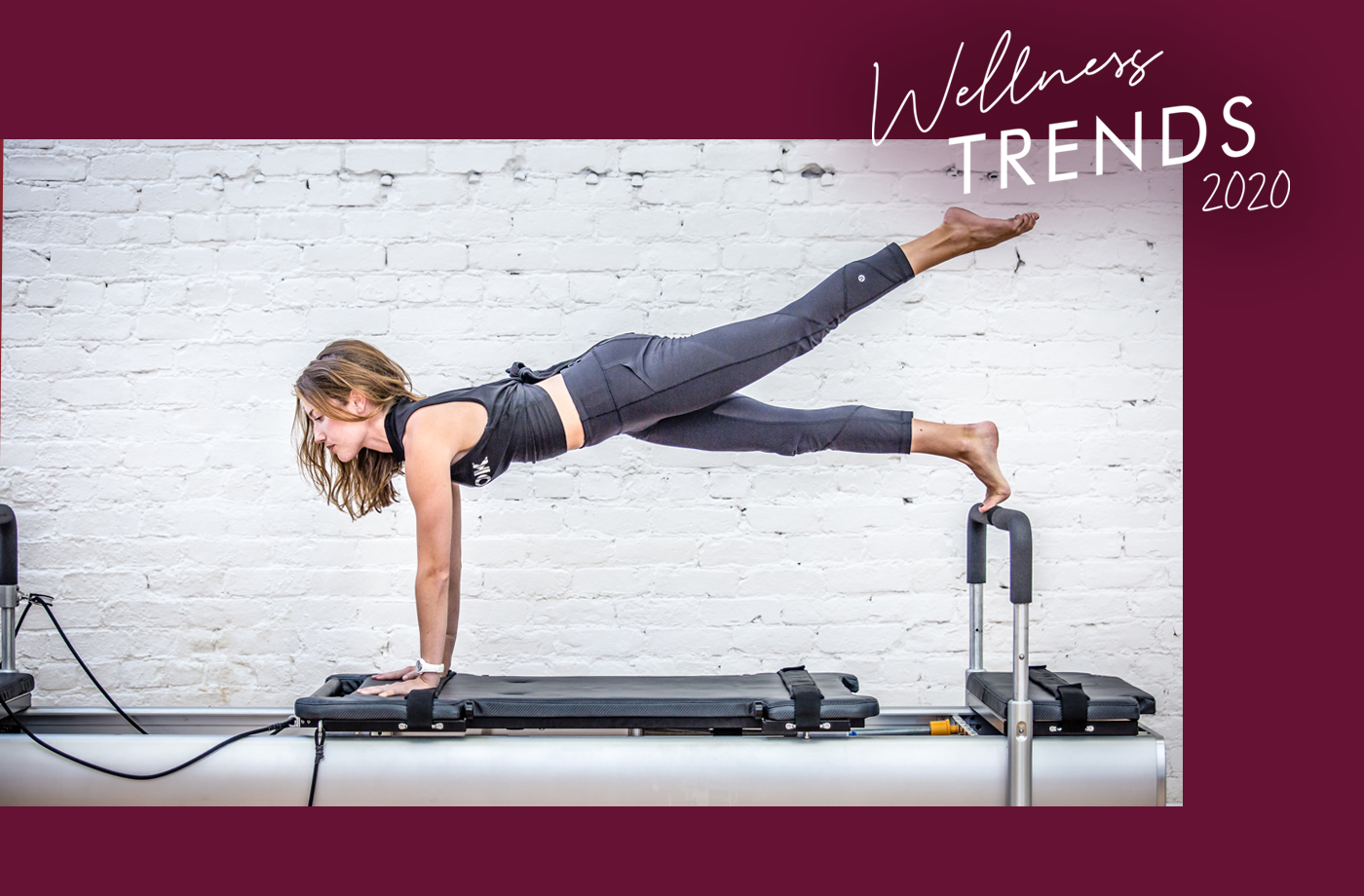 The past decade of fitness has been set to the tune of “harder, better, faster, stronger,” but the only thing fast about next year’s “it workout” is how quickly you’ll see it pop up in a city near you. Pilates-reformer-inspired Megaformer workouts—which use a machine that looks like a medieval torture device to activate slow-twitch muscle fibers that help build endurance and stamina—aren’t themselves new, but in 2020, they’re going to be inescapable.

Haven’t yet joined the ranks of Michelle Obama and Meghan Markle as a Megaformer devotee? Here’s a crash course. In the early aughts, certified Pilates instructor Sebastien Lagree began experimenting with a way to add bodybuilding techniques to the classic Pilates reformer workout. And in 2010, he debuted the Megaformer, a souped up version of the reformer that features two platforms and a series of pulleys, springs, bars, and handles that can be mixed and matched to create hundreds of exercises. The workout that results, says Gauri Dhamnaskar, senior physical therapist at NYU Langone Health’s Sports Performance Center, is a low-impact “combination of cardio, Pilates, and strength-training.”

In the years since Lagree began teaching Megaformer technique at Lagree Fitness, studios like SLT, BodyRok, and Solidcore (which opened in 2011, 2012, and 2013, respectively) developed small but loyal followings to their own Megaformer-inspired classes. But just like your favorite indie band, this style of workout is poised to hit the mainstream in 2020—in a big, big way. According to the fitness booking app ClassPass, reservations for Megaformer-style classes increased by 39 percent in 2019, and in the past 12 months, 500 new studios with Megaformer machines joined the platform. Solidcore is on track to open its 100th studio in the coming year (as of September, the brand had 50 studios in 21 cities), and BodyRok has five new locations—in New York, Chicago, and San Francisco—planned for 2020. Danielle Lagree (Sebastien’s former partner) is set to open the doors of The Megaformer Studio in Los Angeles, Miami, and Washington, D.C., in the coming months.

Why are Megaformer workouts seeing such a spike in popularity a decade after their debut? “People are busy, busy, busy, and they love efficiency,” says physical therapist Lara Heimann, founder of Movement by Lara. “These workouts give you more bang for your buck: You’re getting strength-training, you’re getting endurance, you’re getting range of motion, you’re sweating.” SLT founder Amanda Freeman agrees with this rationale. “People are getting smarter about their workouts and they’re looking for a high-intensity, but low-impact workout, and the Megaformer offers that in spades,” she says.

Dhamnaska adds that because they’re low impact, Megaformer workouts are accessible to people with a wide range of physical abilities. “They benefit a lot of populations that would have joint-related issues or problems with impact activities like running or plyometrics,” she says.

The recent surge in popularity hasn’t prevented Megaformer-style studios from continuing to innovate the workout itself. As SLT plans to break ground on new locations in New York City, in January, it’s also launching a first-of-its-kind class that splits time between the Megaformer and the treadmill. By combining fast cardio on the tread with slow, controlled cardio and strength exercises on the Mega, Freeman says she hopes to introduce the Megaformer to a new crowd of cardio queens (we’re looking at you, Barry’s Bootcamp and Orangetheory fans!). Sebastien Lagree, meanwhile, is launching the next iteration of the Megaformer (called the Megaformer EVO) in January, and this will give a major equipment upgrade to at least 50 studios across the country.

For anyone looking for a workout that will help them break a sweat without breaking down their bodies, the Megaformer is an efficient and effective answer. And in 2020, it’ll prove that slow and steady wins the race.

But wait, there’s more! Click here to read the rest of our 2020 Wellness Trends predictions.