Lizzo is entertainer of the year, and she’s also my personal mental health hero 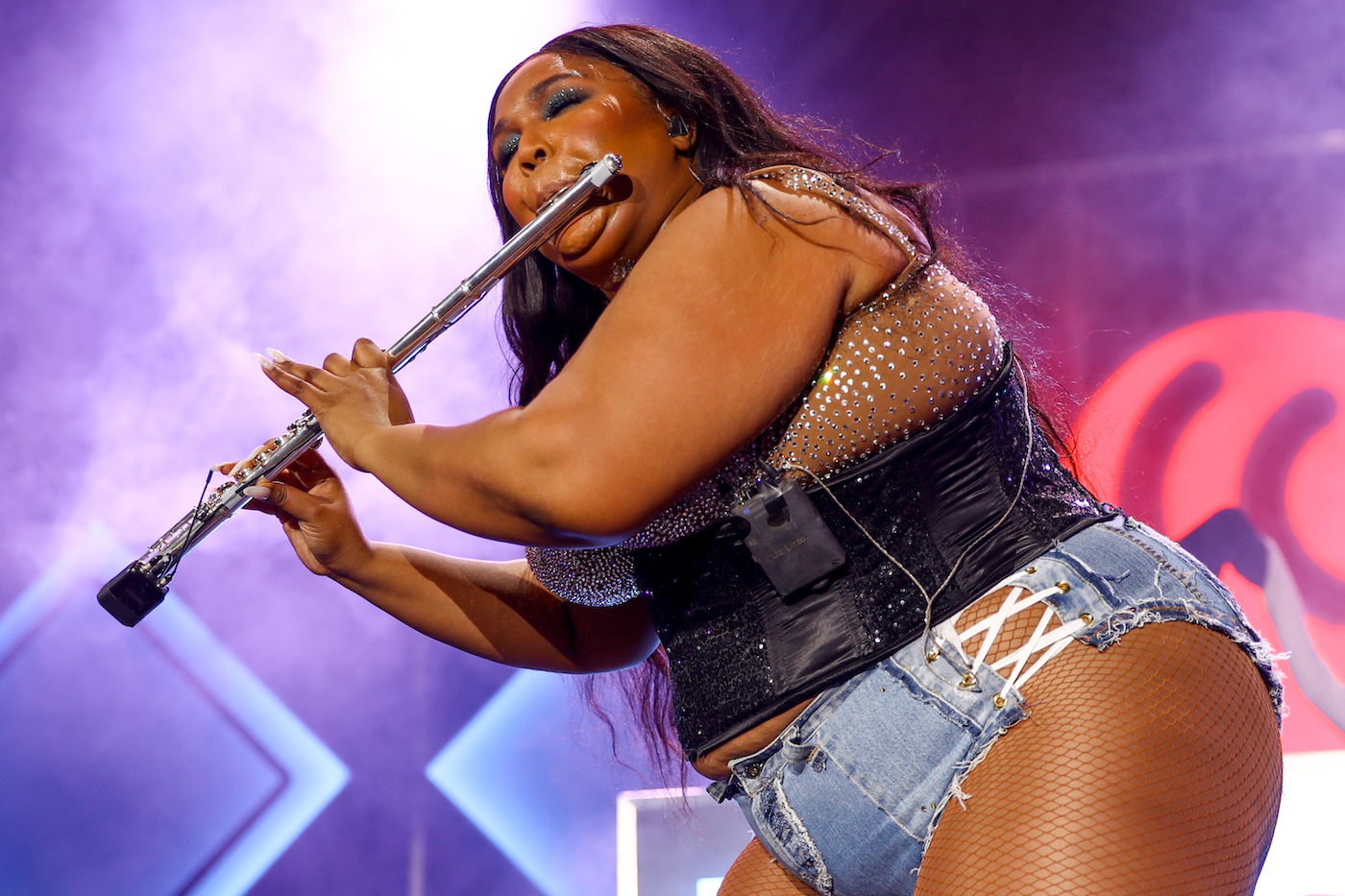 I’ve listened to 14 hours worth of Lizzo songs this year.

That number includes the all the times I blasted “Truth Hurts” when I knew sending a text to an ex was a bad idea, danced naked in front of my mirror to “Tempo,” cried on the subway platform to “‘Cuz I Love You,” and pumped myself up on my morning commute with a playlist that consisted of “Soulmate,” “Juice,” and “Good As Hell.”

So it was no surprise to me—or, based on the Internet’s reaction, to anyone—that the fearless singer was named both Entertainment Weekly and Time Magazine‘s “Entertainer of the Year” on Wednesday morning. In addition to being my top Spotify artist, she copped eight Grammy nominations, landed on the covers of British Vogue, Elle, Essence, Billboard, Allure, and brought down the house with her performances (and outfits) throughout 2019. Culturally speaking, there is no denying that Lizzo is important: She’s made unapologetic waves “celebrating her black skin and ample curves” in a world that has traditionally been dominated by thin, white women, and has become a symbol of positivity in every sense of the word. There’s a reason that Instagram is replete with #LizzoIsMyTherapist memes, a sentiment that, for me, rings overwhelmingly true.

Lizzo’s music has become a critical part of my mental health since I first heard “Good As Hell” in 2018, fresh off of a breakup and deep in dark thoughts. In the last two years, she’s taught me that it’s okay to feel good as hell in my own skin; that it’s not okay to accept bullshit from anyone who treats me like anything other than 100 percent that bitch; and that I will be just fine being my own soulmate. She has also taught me that I deserve to feel like the best version of myself, and don’t need to apologize for being confident, extra, or myself in every sense of the word.

Her sound, as Time calls it, is “relentlessly positive and impossibly catchy,” and her lyrics are “funny, bawdy and vulnerable: reminders to dump whatever idiot is holding you back and [to] become your own biggest fan.” Blasting her music will make you want to get up and dance (or, ya know, do a literal hair toss and check your nails), sure, but it will also truly make you feel good as hell. “Music can affect mood by stimulating the pleasure centers of the brain and releasing dopamine when you hear a song you like,” says licensed clinical psychologist Aimee Daramus, Psy.D. “The amygdala is activated by music in a way that helps control fear, so it can help to regulate fight-or-flight, so you can help manage everyday moods by choosing music that has the effect that you want.”

There’s legit science to back this all up: A 2013 review of more than 400 studies showed that listening to music has “clear benefits for both mental and physical health,” and can also help to lessen symptoms of depression. As far as the lyrics go, research shows that words tend to be better at evoking sadness while acoustics are best for happiness, but if Lizzo’s lyrics are pumping you up, it’s probably because they’re resonating with you on a deeper level. “Lyrics that give you a good message about yourself are definitely going to be empowering,” says Dr. Daramus.

To be clear, I’m not encouraging that anyone fire their actual therapist in favor of a Lizzo playlist. I still see mine on the reg, and so does Lizzo, which is something that makes me love her even more. Her songs may make her sound like a beacon of feel-good energy 24/7, but she doesn’t pretend that she walks around feeling like, well, a walking Lizzo song 365 days of the year. “From March to … now!… I was experiencing a little bit of unhappiness. I was not happy with the way I felt to my body. I didn’t feel sexy, and I didn’t know when it was going to end,” she told Time. “There were times when I would go onstage and be like, ‘Y’all, I’m not going to lie. I’m not feeling myself.’ Sometimes I’d break down and cry. Sometimes the audience would just cheer to make me feel better. I was getting sick a lot. I was like, What the f-ck is going on? I need to fall back in love with my body.” Been there.

With that in mind, the biggest lesson that Lizzo taught me this year is that confidence isn’t a destination, it’s a journey. Even if you’ve got it figured out to the point that you’re down to post pictures of yourself naked in a bathtub filled with Skittles or wearing nothing but your waist-length hair covering your boobs on your Instagram feed (man, I love her), it doesn’t mean that you’re going to wake up feeling like you’re 100 percent that bitch every single day—and that’s totally fine. My advice? Pop on some Lizzo, and you’ll be there in no time.

Lizzo has also inspired one of our editors to take naked mirror selfies on the reg. Plus, read why music therapy can be beneficial to your mood.